'God wasn't done with me yet': Union City officer on surviving 6 bullets

A positive outlook and a bulletproof vest delivered Officer Jerome Turner Jr. through one of the most trying times of his life. 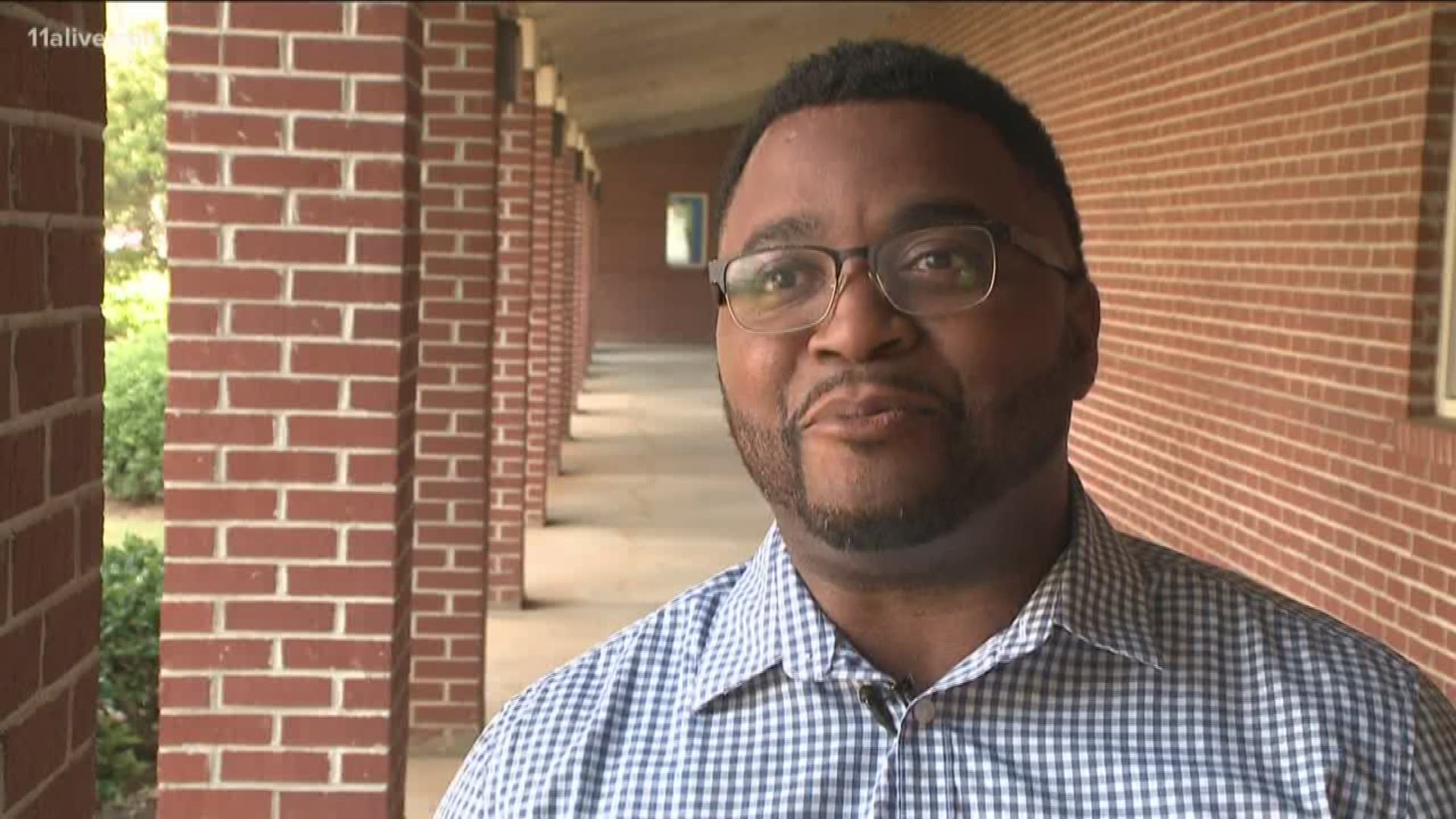 UNION CITY, Ga. — A metro Atlanta officer says it was the positive way he sees life, his faith and a bulletproof vest that got him through one of his darkest hours.

Now, months after being shot six times, Union City's officer Jerome Turner Jr. is back on the job, stronger now and even more grateful for life.

Turner was shot six times back in March while he was on patrol. During that time he was called to a home on Highpoint Road to investigate a fight. The Georgia Bureau of Investigation said Turner spotted someone running who turned and fired.

That suspect, later identified as 19-year-old Veltavious Griggs, was killed in an apparent shootout with authorities. Meanwhile, Officer Turner was rushed to Grady Memorial Hospital in Atlanta where he began a long road to recovery.

"Was shot at six times - five of them penetrated," Turner said. "And then, of course, in the hospital, there was a collapsed lung."

But Turner said he "fought through it."

"Knowing there was a bigger purpose and, definitely, God wasn't done with me yet," he said.

He added faith and aspirations to continue serving helped him pull through.

The investigation into Officer Turner's shooting is still ongoing, but he credits his bulletproof vest with saving his life. Right now, he's serving as the public information officer for the Union City Police Department. But he said he's going to keep working on his recovery and hopes to return to full duty.

Meanwhile, the location where Turner was shot months earlier is roughly one-third of a mile from another shooting over the weekend that did take the life of a man on Sunday.

Police responded to Highpoint Road and Stonewall Drive around 7:30 to reports of a shooting. They arrived to find a man unresponsive and suffering multiple gunshot wounds. That person ultimately died.

She went to the hospital to have her baby. Now her husband is raising two kids alone

Sophie's Nightmare: How a Georgia mother allowed her boyfriend to impregnate her 10-year-old