A UPS spokesperson said an investigation showed the brakes malfunctioned. 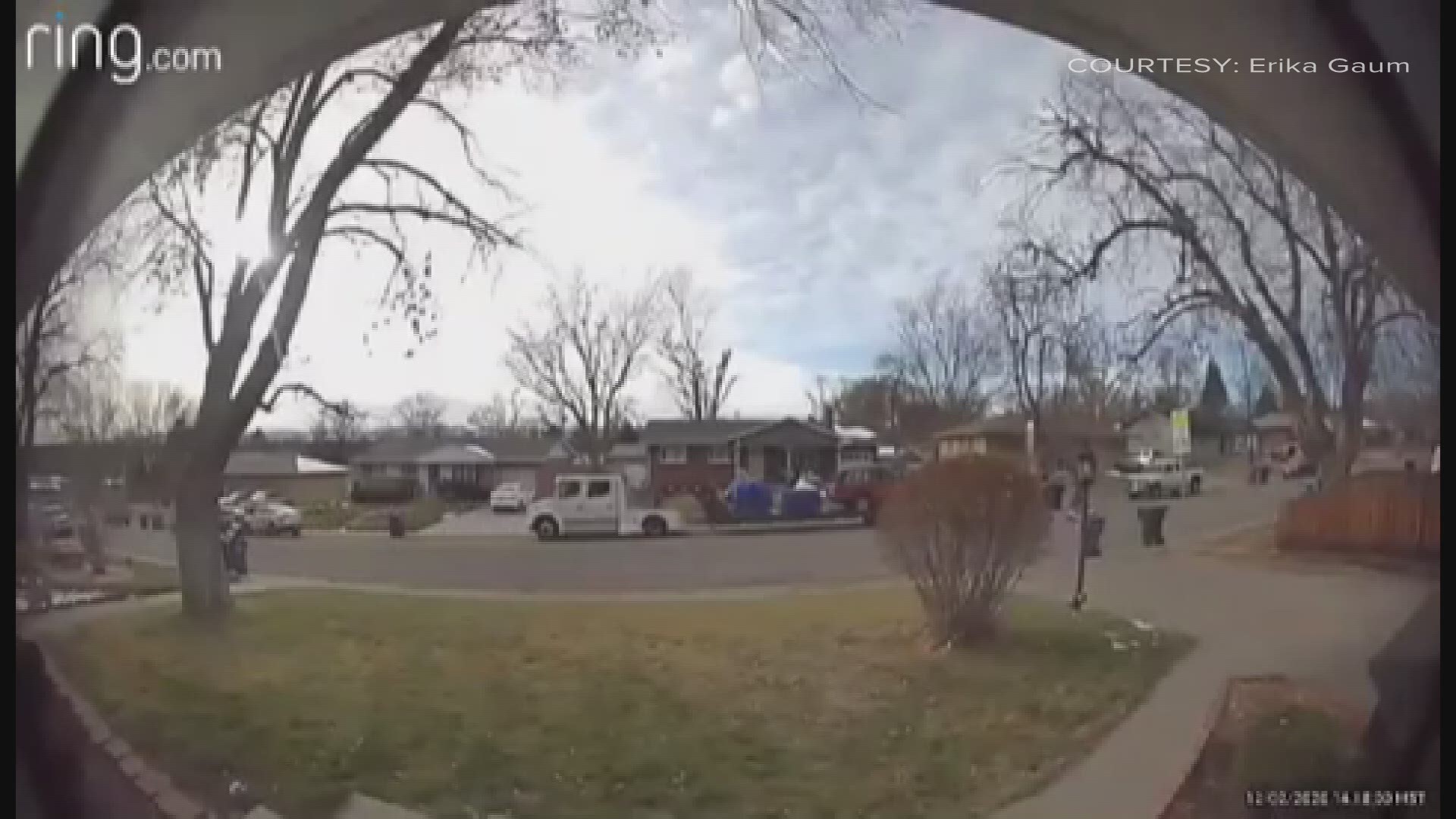 DENVER — Video from a doorbell camera shows a United Parcel Service (UPS) truck rolling backwards down a residential street in Denver, crashing into several parked vehicles along the way.

The incident happened on a neighborhood street near West Bates Avenue and South Raleigh Street in the Harvey Park South neighborhood.

9NEWS reached out to the Denver Police Department for a report but has not yet heard back.

A spokesperson for UPS said the company investigated the incident and found that the electronic braking system on that vehicle malfunctioned.

"There were no injuries resulting from the crash and we have reached three of the four claimants, and are waiting on word back from the fourth," said UPS spokesperson Dan McMackin in an email to 9NEWS. "We are providing them rental cars and will compensate them for their loss."

Erika Gaum, who recorded the video, said she has reached out to UPS about the damage it did to her property.

"We had to have a crane truck come out to remove the machinery that was [in] our front yard," Gaum said in an email to 9NEWS. "We paid a small fortune to have the equipment (which is now useless) put back on our trailer and have not heard anything about being reimbursed for that."

Gaum added that she has not yet heard back from UPS' claim adjuster.

"We’re thankful that everyone is safe," UPS said. "UPS’s highest priority is the safety of our employees and the communities we serve. We’re investigating the situation and cooperating with the responding authorities on their investigation, and will respond accordingly."