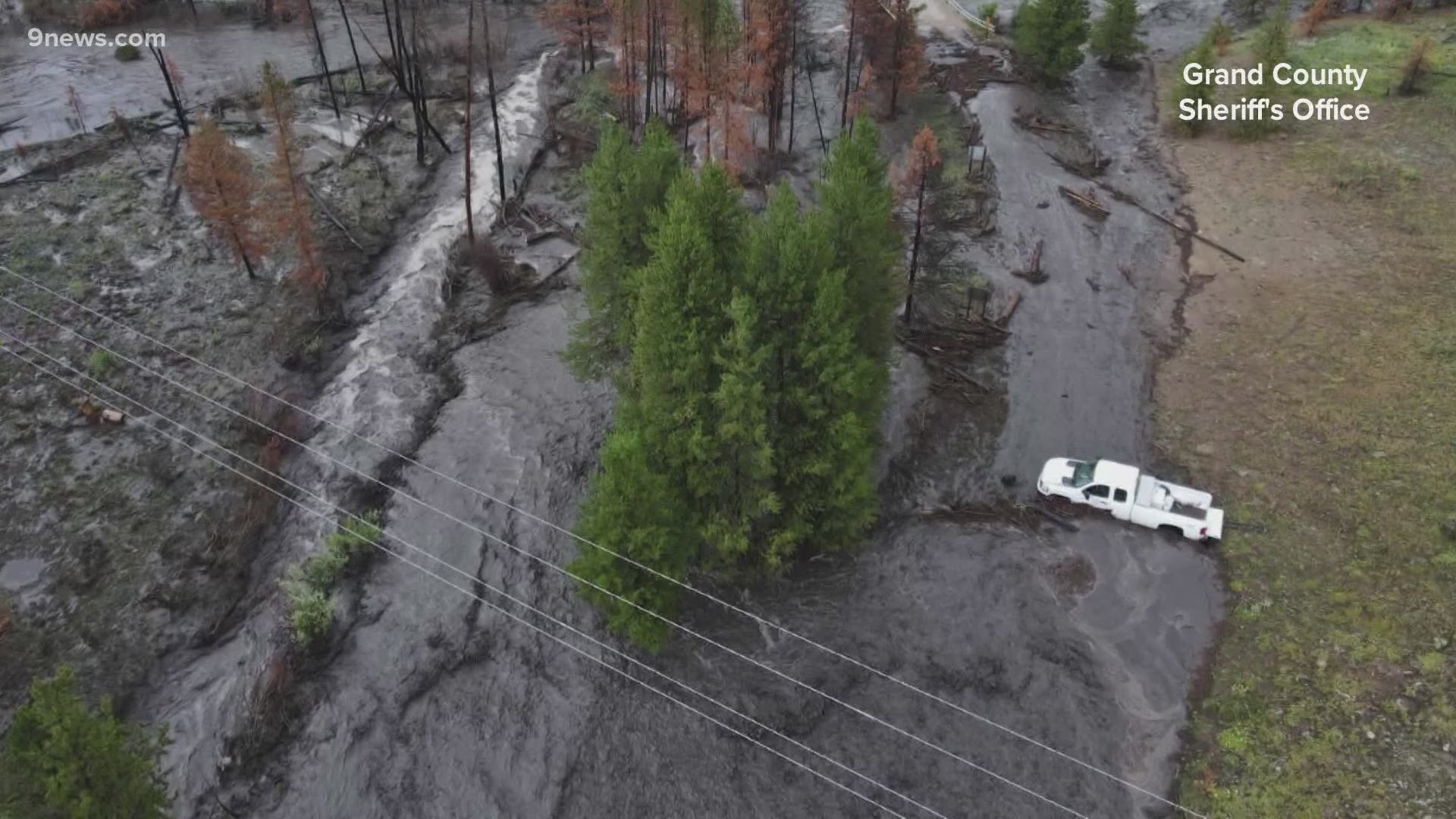 GRAND COUNTY, Colo. — A U.S. Forest Service employee had to be rescued by helicopter after their vehicle was partially buried by debris during a storm in Grand County.

The agency said an employee was assessing a closed road (FSR 112) within the area of the East Troublesome burn scar on Thursday when a storm cell brought heavy rain to the Cabin Creek drainage.

Debris that washed out onto the road ended up partially burying the employee's parked vehicle.

The employee was not in the vehicle at the time and wasn't hurt.

“But it definitely is an example of even people who do this for a living can get caught off guard when conditions change so quickly," said Reghan Cloudman, a spokesperson for the U.S. Forest Service.

RELATED: Crews working to restore power to residents around damaged area in Poudre Canyon after mudslide

“We know that flash floods and debris flows can happen within burn areas or downstream from burn areas. And it’s something that we definitely try to warn people about. It’s the reason there’s still closures in many locations,” said Cloudman. “We just really encourage people to definitely pay attention to the weather before they head out and to make sure they look at their – what’s closed.”

She also encourages people to check the Arapaho and Roosevelt's Know Before You Go page for information about visiting the national forest.