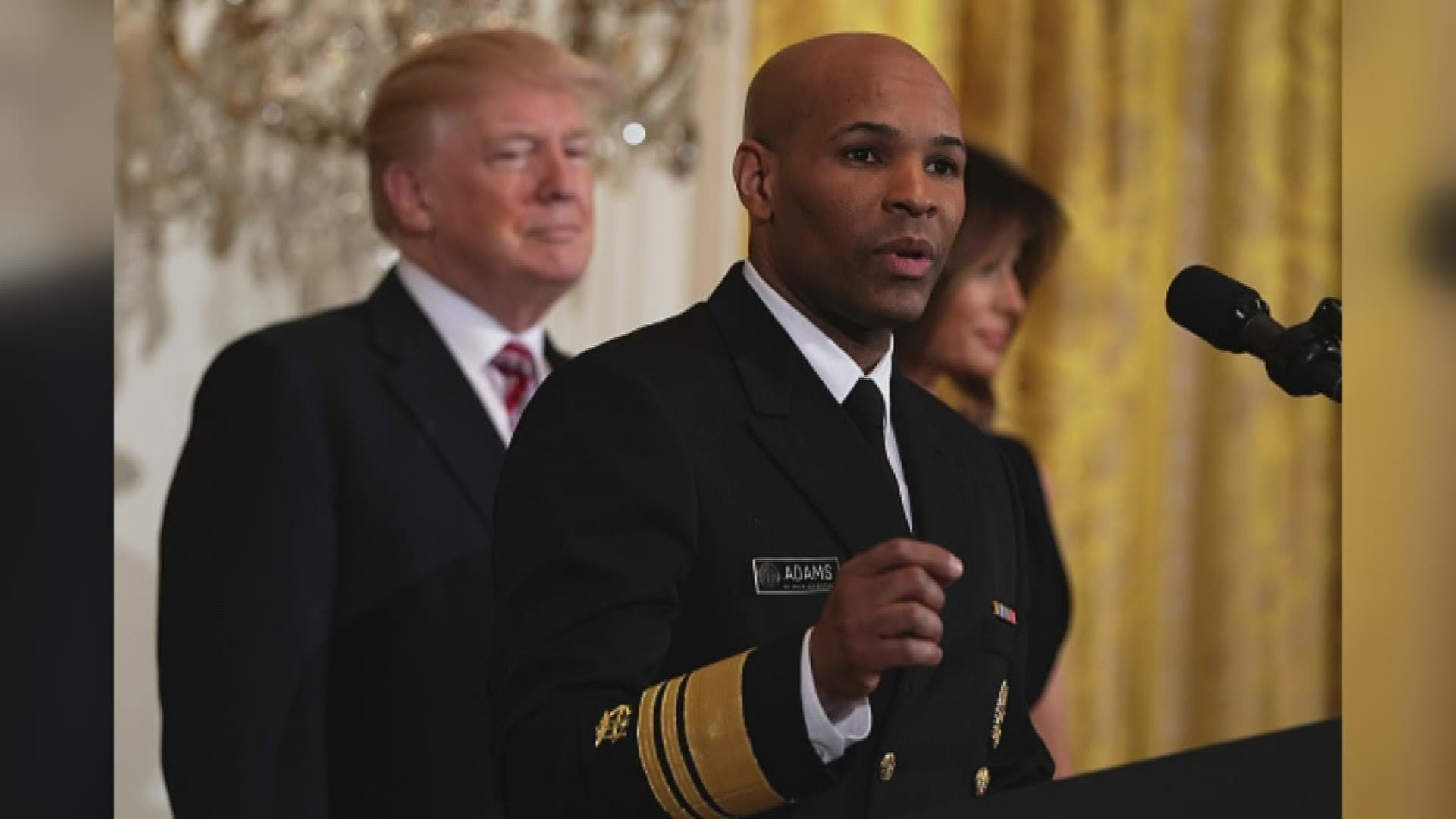 DENVER - At a conference organized by the American College of Emergency Physicians this week, U.S. Surgeon General Jerome Adams discussed a wide-range of techniques to tackle the opioid epidemic. He mentioned safe injection sites as being part of the discussion in some communities though The Department of Health and Human Services has clarified that he does not support safe injection sites. You can see their full statement at the end of this article.

A handful of cities across the country, including Denver, have proposed public sites where heroin users can find clean needles and supervision of staff prepared with overdose-reversal drugs. The state legislature rejected a bill to do so.

“When I was 18 years old I had to get my wisdom teeth pulled. That was my first encounter with opioids,” said Blair Hubbard, whose opioid journey started like so many.

After years of taking pills, she switched to heroin.

“My first week of ever using a needle ever, I hit an artery in my hand. Blood flowing to my finger stopped,” Hubbard said.

She lost a finger. She also contracted sepsis leading to an open heart surgery. Heroin put her close to death too many times. It was methadone, a medication-assisted treatment, that helped her stabilize.

“Like you would need your cup of coffee to feel good and ready to go in the morning, someone on medically assisted treatment needs their medication to feel like they can take on the day,” she explained.

The Surgeon General eventually wants to see more doctors prescribing these types of drugs. Most doctors aren't allowed to.

“It requires a second licensure. A second DEA certification. There's an eight-hour training established at a national level that physicians have to go through. There are limitations on the number of patients we can manage with a medication like this,” said Doctor Patrick Fehling, an addiction psychiatrist at the UCHealth Center for Dependency Addiction and Rehabilitation.

He does have the ability to prescribe drugs like methadone or buprenorphine which prevent withdrawal symptoms and reduce cravings. Those drugs are also addictive, thus highly regulated.

“The next initiative we are going to see over the next five to 10 years is getting more physicians trained to make it as easy as possible,” he said.

Colorado has received millions in federal grants to address the opioid epidemic. Some of that money went to training more doctors to provide this kind of treatment.

9NEWS medical expert Doctor Comilla Sasson said expanded access has proven successful in other countries. She said France reduced heroin overdoses by 79 percent over a four-year period in the 1990s.

“They actually got rid of a lot of the formal training requirements and what they were able to do is allow primary care doctors, emergency physicians, anyone interested in providing this medication was now able to,” said Sasson.

The hope is that breaking down barriers will make a big dent here at home.

“It is very encouraging and it gives me hope that those individuals that don't have a voice and desperately need help will possibly get the help they really need,” said Hubbard.

The Administration and the Surgeon General do not support so called “safe” injection sites as a means to combat the opioid epidemic and its consequences. In addition, there is no evidence to demonstrate that these illegal sites reduce drug use or significantly improve health outcomes for those with opioid use disorder. So called “safe” injection sites lack the necessary scientific support to be considered a standardized evidence-based practice in the U.S.