Biden nominates 3 members for US Postal Service board, putting pressure on Postmaster Dejoy

The news from the White House comes as Postmaster Louis Dejoy faced hard questions from Congress on Tuesday. 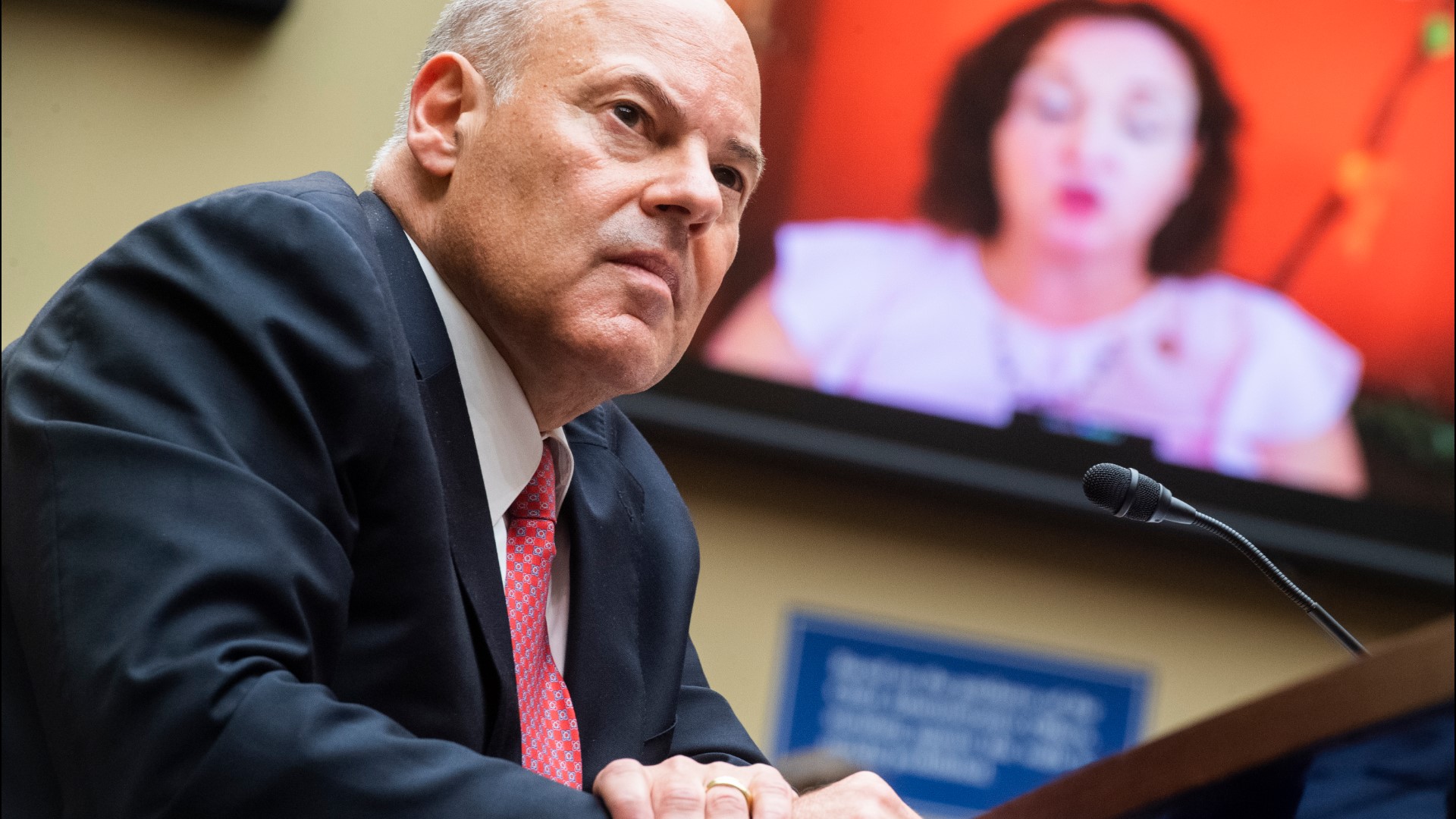 WASHINGTON — President Joe Biden announced three nominees to the U.S. Postal Service Board of Governors, according to a news release from the White House on Wednesday. Anton Hajjar, Amber McReynolds and Ron Stroman are the president's picks.

The nomination is the first step if Biden wants a change at the top of USPS. The board is the only group that can fire a postmaster general.

This move puts more pressure on Postmaster General Louis DeJoy amid frustrations over inadequate service, which has some members in Congress calling for another head of the civil service.

The news from the White House comes as Dejoy faced hard questions from Congress on Tuesday about mail rate increases and inadequate service from the national post delivery system.

Postal Regulatory Commission has already signed off on a rule change that would allow USPS to increase prices greater than the rate of inflation, according to Art Sackler, executive director of the Coalition for a 21st Century Postal Service. The next step would be the Postal Service Board of Governors announcing its intent to do just that, followed by a period of public comment before a vote would solidify the rate increases.

Barring impediments, those increases could begin as early as July 2021. Rates could rise as much as 7.5%, Sackler said.

Rep. Gerry Connolly (D-VA) chairs the Government Operations subcommittee, which has oversight of the Postal Service. In April 2020, Connolly told WUSA9 anchor Adam Longo that the Postal Service was going broke. It needed an emergency cash infusion that was included in the second stimulus bill that had passed Congress, but Connolly said former-President Donald Trump personally objected to that boost for the Postal Service when he was in office.

"I applaud President Biden for putting forward these three nominees for the Postal Board of Governors, including new nominees Amber McReynolds and Anton Hajjer," Connolly said in a statement. "They will bring a fresh perspective, a diversity in lived-experiences, and a broader understanding of the challenges all Americans are suffering with the current USPS — something lacking in the current Board of Governors. These nominations are an important first step toward reforming the Postal Service. My hope is the newly constituted Board will do the right thing and bring in a new, qualified postmaster general."

Nominees to the Postal Board of Governors need to be approved by the Senate, so in order to neutralize potential rate increases, the president would need to act quickly, according to Sackler.

Another massive expense dragging USPS deeper into turmoil is its vehicles.

"The average age of their trucks and vehicles is 25 years plus," Connolly said. "What could go wrong with a 25-year-old vehicle?"

USPS has delayed an announcement on awarding a contract for new vehicle purchases. Multiple reports indicate the fleet could be replaced with electric vehicles.

Connolly said the USPS fleet of vehicles is the largest in the nation.