According the the settlement, USPS agreed to have Colorado's attorney general and secretary of state preview national media materials related to the election. 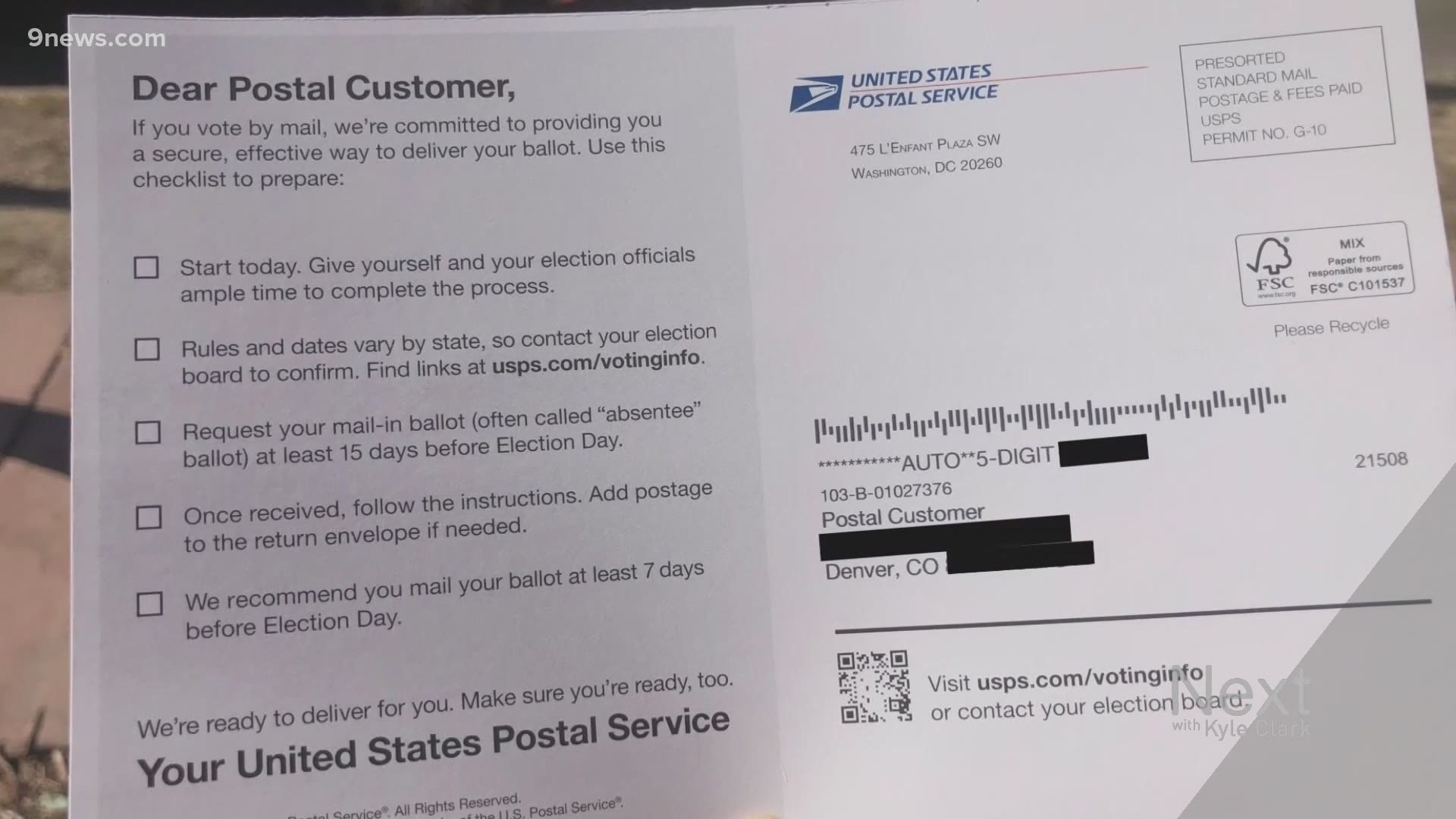 DENVER — The U.S. Postal Service (USPS) agreed in a settlement with Colorado Secretary of State Jena Griswold to destroy a USPS mailing to Colorado voters that includes what the lawsuit called "false statements that will confuse Colorado voters."

According to the settlement, USPS agreed to have Colorado's attorney general and secretary of state preview national media materials related to the election, and the right to block the release of any materials that they believe would confuse Colorado voters.

Colorado is also allowed to seek a court review of any changes, if necessary, according to the settlement.

“I am pleased with the settlement we reached today with the U.S. Postal Service. Voters deserve accurate election information," Griswold said in a statement. "The terms of the settlement mandate that all reasonable effort be taken to remove all undelivered misleading mailers from the mail stream, and it requires collaboration between the Colorado Department of State and the USPS to make sure all future Postal Service communication includes correct information."

“I appreciate the Postal Service’s recognition of the importance of working with states to ensure that voters receive accurate information about using the mail for voting," Colorado Attorney General Phil Weiser said in a statement. "I will continue to fight for Colorado to prevent the Postal Service, or any agency, from hindering Coloradans’ right to vote and am pleased we reached an agreement that results in the misleading notices being destroyed and giving Colorado the unprecedented ability to review and improve future media campaigns by the Postal Service related to elections.

Below is the full settlement agreement:

According to the secretary of state's office and the attorney general's office, the postcard gave incorrect details about how voting works in Colorado.

A restraining order granted by a judge on Sep. 12 temporarily barred USPS from mailing additional cards to Colorado voters, though, in a court filing, the USPS estimated it had already delivered the mailing to 75% of Colorado addresses.

Colorado Attorney General Phil Weiser shared a photo of the postcard, which shows a "checklist to prepare" for the upcoming election. The list included:

The lawsuit stated that the postcard was incorrect in several ways: