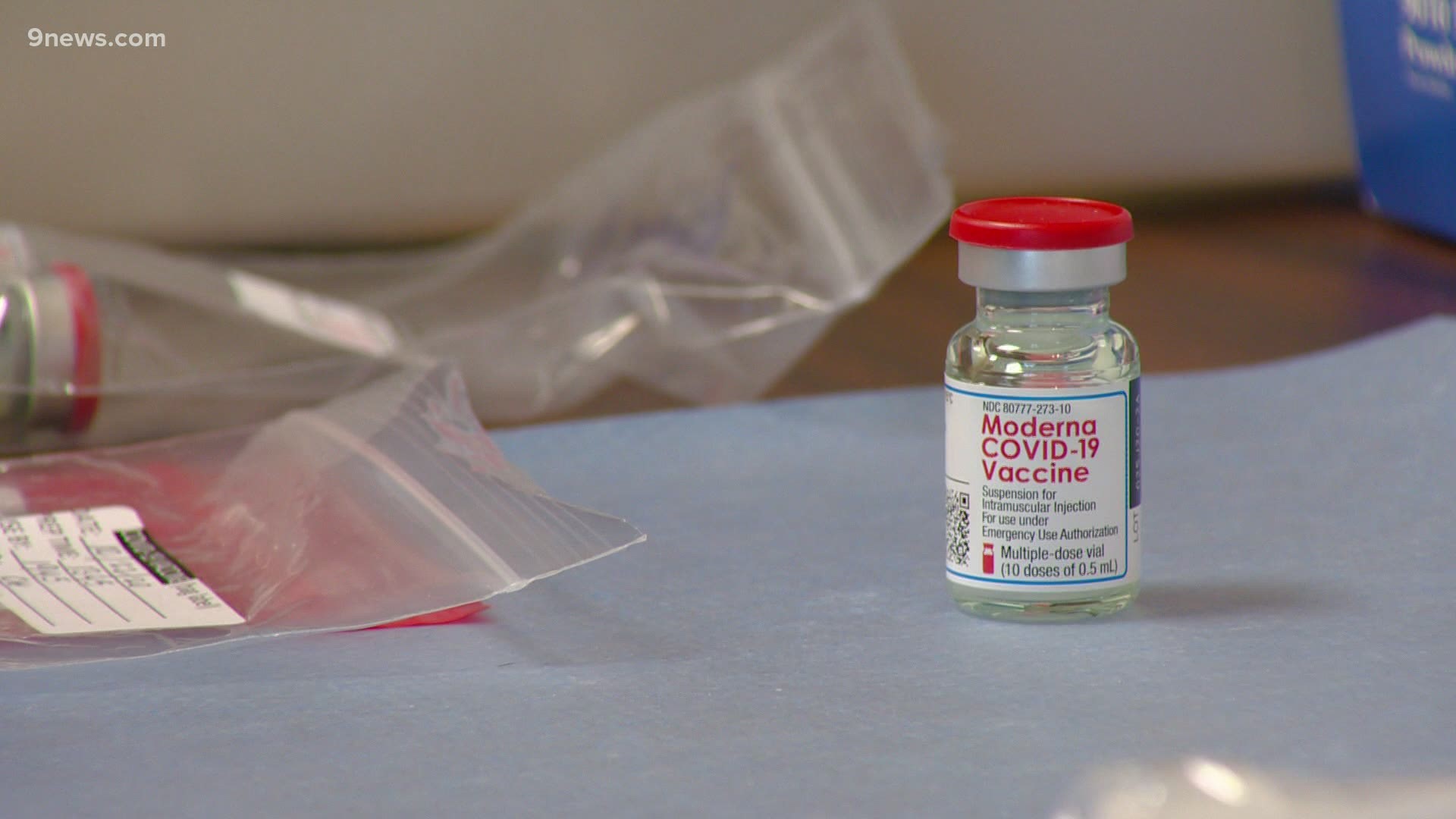 DENVER — When it comes to the speed the COVID-19 vaccine is being distributed at various sites across the state, there are some places moving faster than others, but Brigadier General Scott Sherman, director of the Vaccine Joint Task Force, said he is pleased so far.

In some parts of Colorado like Summit County, the drive-through vaccine sites have been busy and distribution has been moving quickly.

"I think Summit County is very fortunate with Vail and their health system there and the ability to store ultra-cold temperatures for the Pfizer vaccine," Sherman said.

It's going so well in Summit County that getting everyone over 70 years old vaccinated may happen sooner there than in other regions around the state, Sherman said. He said he may have to move some of their supply to areas that need it.

"We would have to as of right now because of the allocation of only 70,000-a-week," Sherman said.

In areas where vaccinations are moving slow, Sherman said the problem is simple.

"It all comes down to staffing and having enough," Sherman said.

He said he is working on contracts with nursing companies and ambulance services to send workers to areas that need help.

Sherman said the real question is whether Colorado will get more vaccine supply because he said the demand statewide is outpacing supply.

He said he's waiting to see if the Biden administration will change the vaccine allocation plan nationwide when he takes office on January 20.

"If we're able to increase that to 140,000 (per week), that will certainly help us get the population done sooner," Sherman said.