Ornithologists say hundreds of thousands, if not millions, of birds have been lost over the last month. 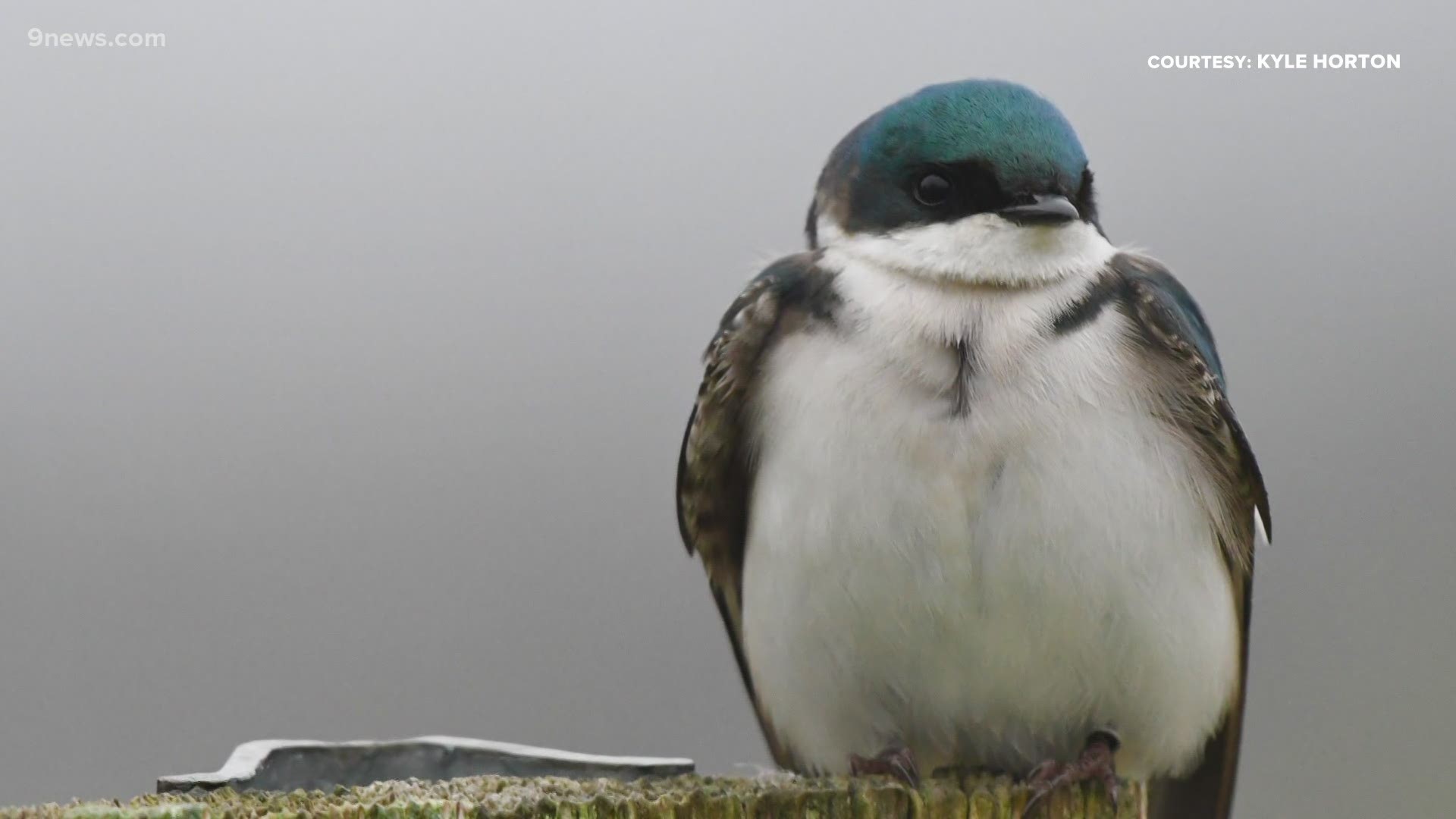 VAIL, Colo — When nature writer David Gessner published his most recent book on Aug. 11, he mourned our disappearing bird populations.

“As I type this, it is being reported that we have almost a third fewer birds in the world that we did in 1970,” Gessner writes. “Take a moment and consider this fact: our birds are disappearing.”

Within weeks of the book’s release, a massive die-off would begin to sweep the western United States, with an uncountable number of birds plummeting from the sky in mid-flight. Ornithologists say hundreds of thousands, if not millions, of birds have been lost over the last month.

Many are realizing now just how wide-spread the event has been, as social media has helped bird watchers and avian ecologists connect the dots.

A Facebook post on Eagle County Classifieds saw more than 75 reports from locals who have seen dead birds near their homes.

“I saw easily a dozen dead songbirds along the Riverwalk bike path and in nearby yards the day after that cold front blew through a week and a half or so ago,” wrote Tim O’Donnell. “The very strong wind was destructive to limbs and trees.”

In Eagle County, the most commonly reported dead bird has been the Wilson’s warbler, which is yellow. Dead yellow-rumped warblers have also been a common sight.

Vail resident David Pleshaw, who photographed a yellow-rumped warbler that had died outside of his home, said the bird felt like it was of a weak composition.

“Seems like it’s just features and bones, not much muscle at all,” Pleshaw said.

And in a separate observation, “Last year at this time, I had those big mosquito bugs at my house by the river,” Pleshaw said. “I haven’t seen any this year.”

Local bird watcher Mark Vodopich has been observing different species of birds in the Eagle River Valley for nearly three decades. He agreed with Pleshaw’s logic.

“Warblers eat insects. They’re not seed eaters,” Vodopich said. “If the cold snap affected their food sources, where they would normally be able to stopover for a day or two and fatten back up, and they can’t do that, then they’re in big trouble.”

Vodopich said he saw a Wilson’s warbler fly into a window and die right in front of him the other day while visiting a home in Lake Creek.

Birds flying into windows was a common thread in the local comments; others reported seeing birds falling from above.

It also sounds like the die-off is not yet over.

“This morning I was driving on I-70 and saw a crow literally drop out of the sky,” local Elizabeth Boles wrote on Saturday. “Had to confirm what I saw with my boyfriend.”

‘They may have inhaled smoke’

In other areas of the West, however, the reports of bird die-offs were coming in well before the Sept. 9-12 cold snap.

“In August, large numbers of birds were found dead at White Sands Missile Range and at the White Sands National Monument in what was thought to be an isolated incident,” reported the Sun News in Las Cruces, New Mexico. “After that, however, came reports of birds behaving strangely and dying in numerous locations in Doña Ana County, Jemez Pueblo, Roswell, Socorro and other locations statewide. The affected birds have included warblers, sparrows, swallows, blackbirds, flycatchers, and the western wood pewee.”

For ornithologists like Martha Desmond, professor at New Mexico State University’s Department of Fish, Wildlife and Conservation Ecology, the fact that the die-off was happening before the cold snap is a disturbing sign.

“We started seeing this before the weather event happened, that in itself is troubling,” Desmond told WBUR Radio. “It brings up the question: What else is contributing to the odd behavior we’re seeing in birds, and the large number of deaths we’re seeing in birds? And so it could be related to the fires, some birds may have had to change their migratory routes, they may have been forced to leave early, they may have inhaled smoke and had some damage to their lungs.”

Desmond is leading the research team documenting the migratory bird die-off in New Mexico and wants to hear about dead birds in Colorado, as well. People with photos are encouraged to start an account at inaturalist.org/projects/southwest-avian-mortality-project to contribute.

“What we’re trying to do is get an idea of the scope, so we have a platform where people can contribute what they’ve seen,” Desmond told the Glenwood Post Independent.

No 5G in Eagle County, yet

One thing that is not killing the birds over Vail is 5G cellular service in Eagle County. That technology is not yet here.

While the town of Vail has towers that could provide 5G, that level of cellular service is not being utilized in those towers. And on the other side of Dowd Junction, the towers are not yet equipped for 5G.

But as attorney Haley Carmer pointed out to the Avon Town Council at a 5G work session in August, those towers are probably coming soon.

“Taking action now to prohibit installation or make it more difficult to install it would basically just result in the town getting sued,” Carmer said.

Avon IT Manager Robert McKenner said 5G is probably a year away in Eagle County.

“Sprint, right now, is advertising 5G, but there is no 5G in the valley yet,” McKenner said. “Aspen has 5G, and it is coming this way.”