Police said there was damage to several businesses in the Fashion Square Mall area. 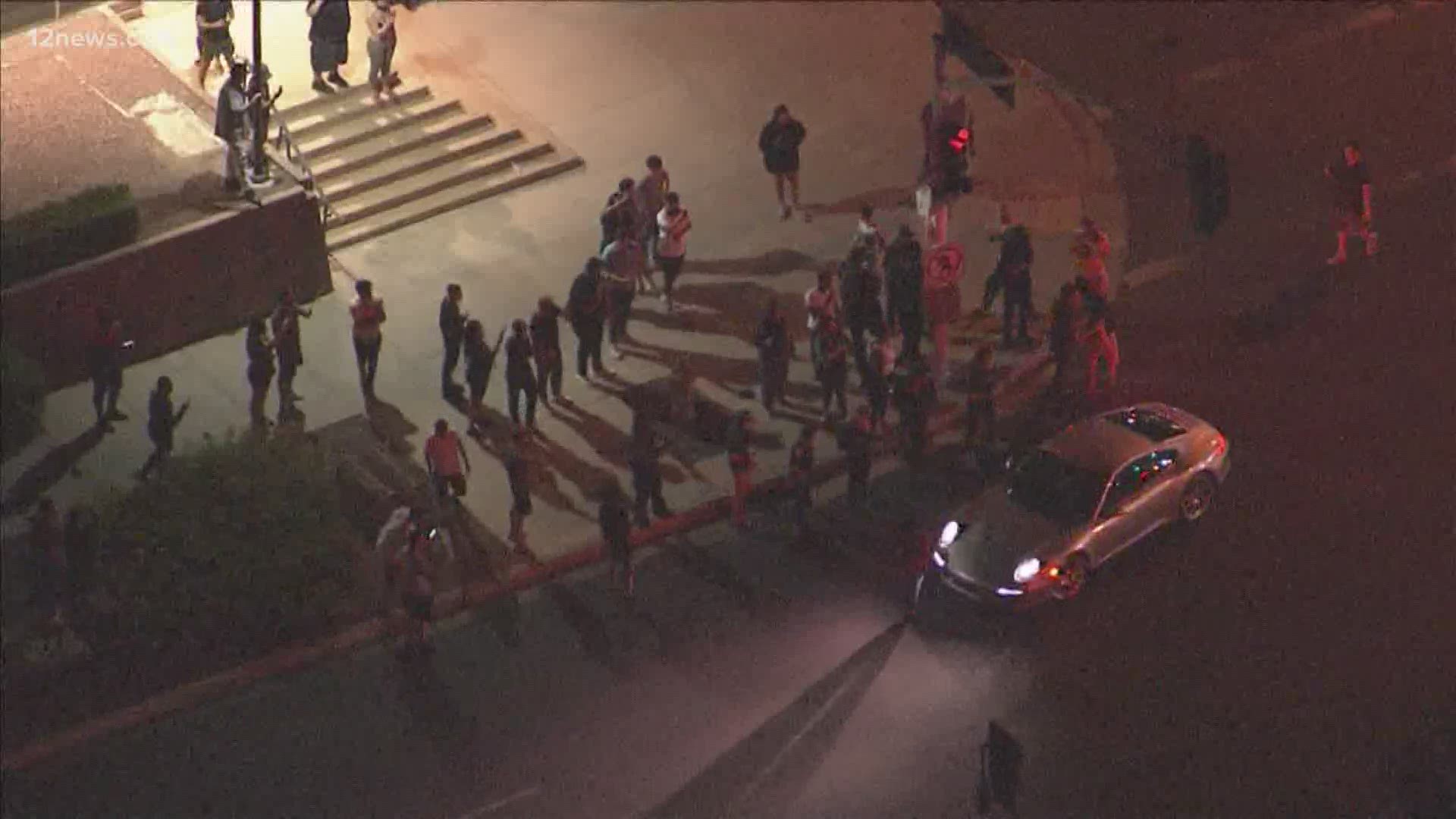 SCOTTSDALE, Ariz. — Update: The Scottsdale Police Department confirmed that 12 people were arrested during the protests for various charges.

The Scottsdale Police Department has announced that Scottsdale's Fashion Square Mall, as well as Camelback Road from Goldwater Boulevard to Scottsdale Road, is closed for the entirety of Sunday. Police asked people to avoid the area.

Police said there was some damage to businesses in the area of Fashion Square Mall, which had closed early in anticipation of the protests.

Sky 12 video shows protesters smashing glass windows and doors at the Apple Store, Crate and Barrel, Urban Outfitters and Neiman Marcus. Some of them looted items from the stores.

Scottsdale Fashion Square
Join us as we give back to our Arizona community with the Shopping M... all Food Haul. St. Mary's Food Bank needs to replenish their shelves heading into the hottest summer months. This Saturday, May 30th from 7-11 AM - Donate canned and nonperishable food and water from the comfort of your car. 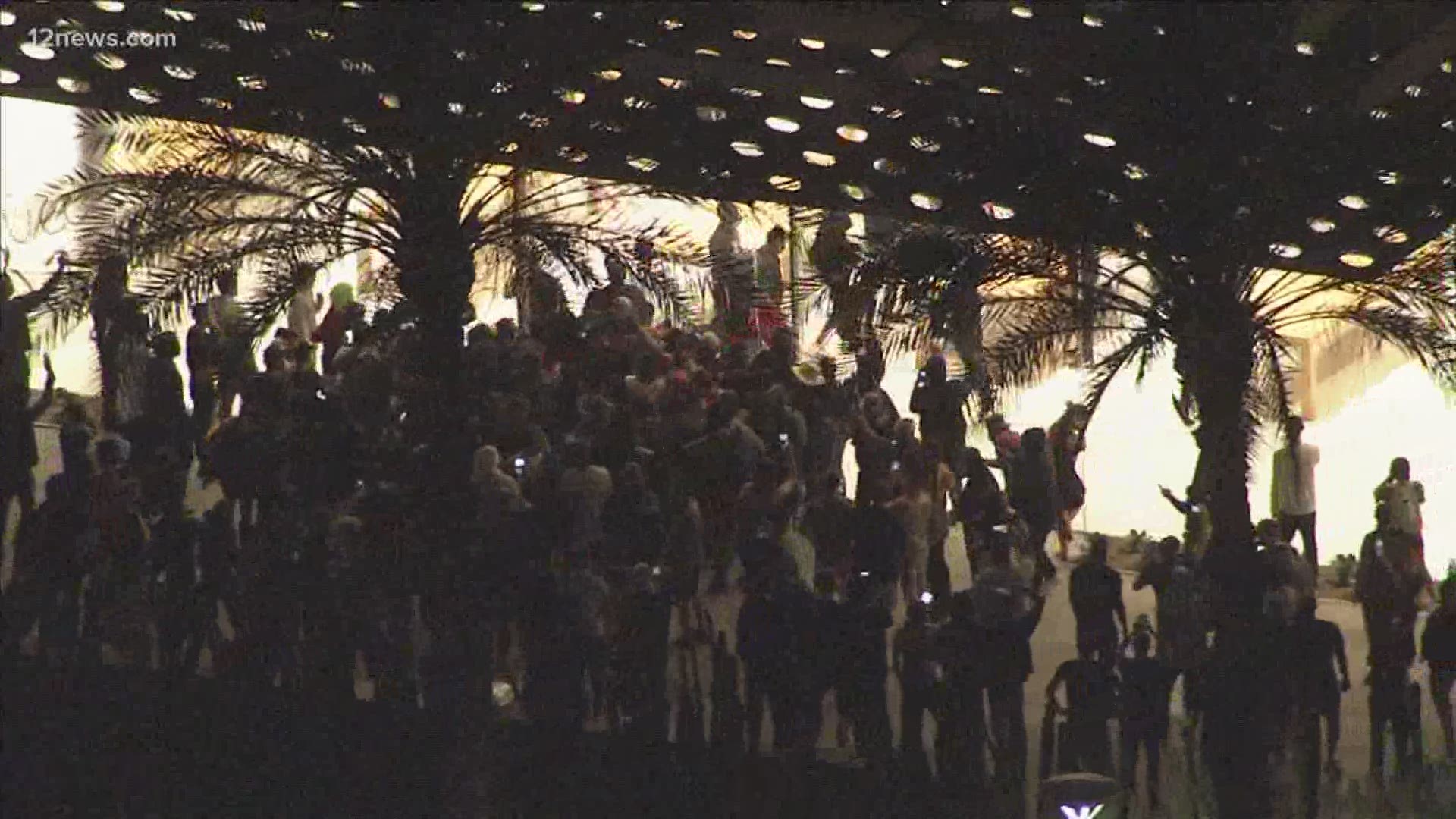 Police declared the gathering an unlawful assembly shortly before 11 p.m. The crowds were ordered to disperse.

Officers broke up groups that broke into several businesses in the area over the next few hours.

Not too far away, a jewelry store owner and a few of his employees brought their guns to the Old Town Scottsdale store to try to protect it.

Along with businesses, protesters appeared to have targeted police vehicles as well. At least one of the cruisers responding to the unrest Saturday night was covered in spray paint.

"Officers are on scene dealing with large numbers of citizens, some of whom have chosen to commit criminal acts. Peaceful assembly is a protected activity. Criminal acts are not. This has now been declared an unlawful assembly. All people should avoid the area or risk arrest," Scottsdale PD said in a statement Saturday night.

Camelback Road, Scottsdale Road and Goldwater Boulevard are all closed to vehicle traffic. 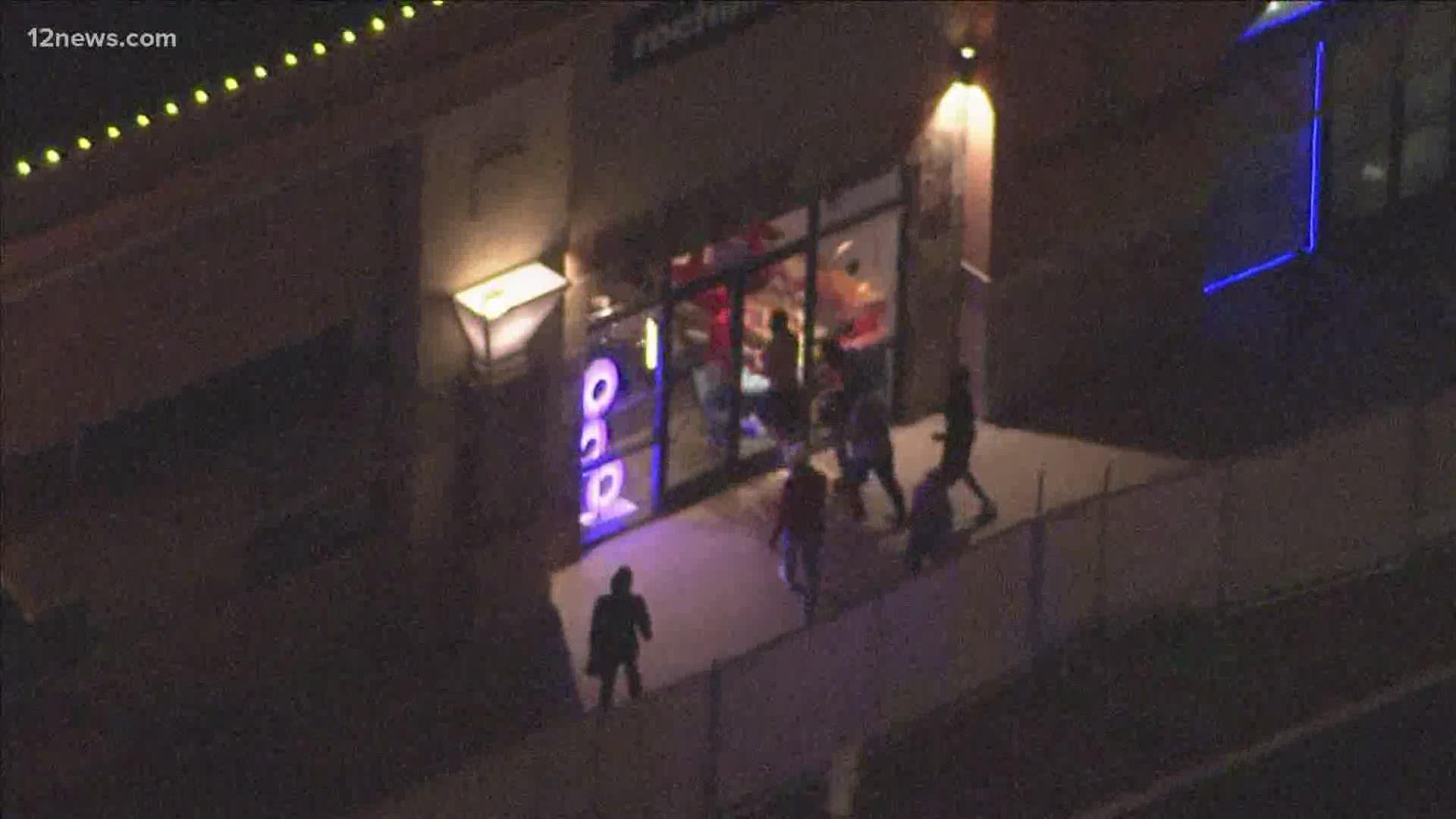 There was also a large protest in downtown Phoenix. 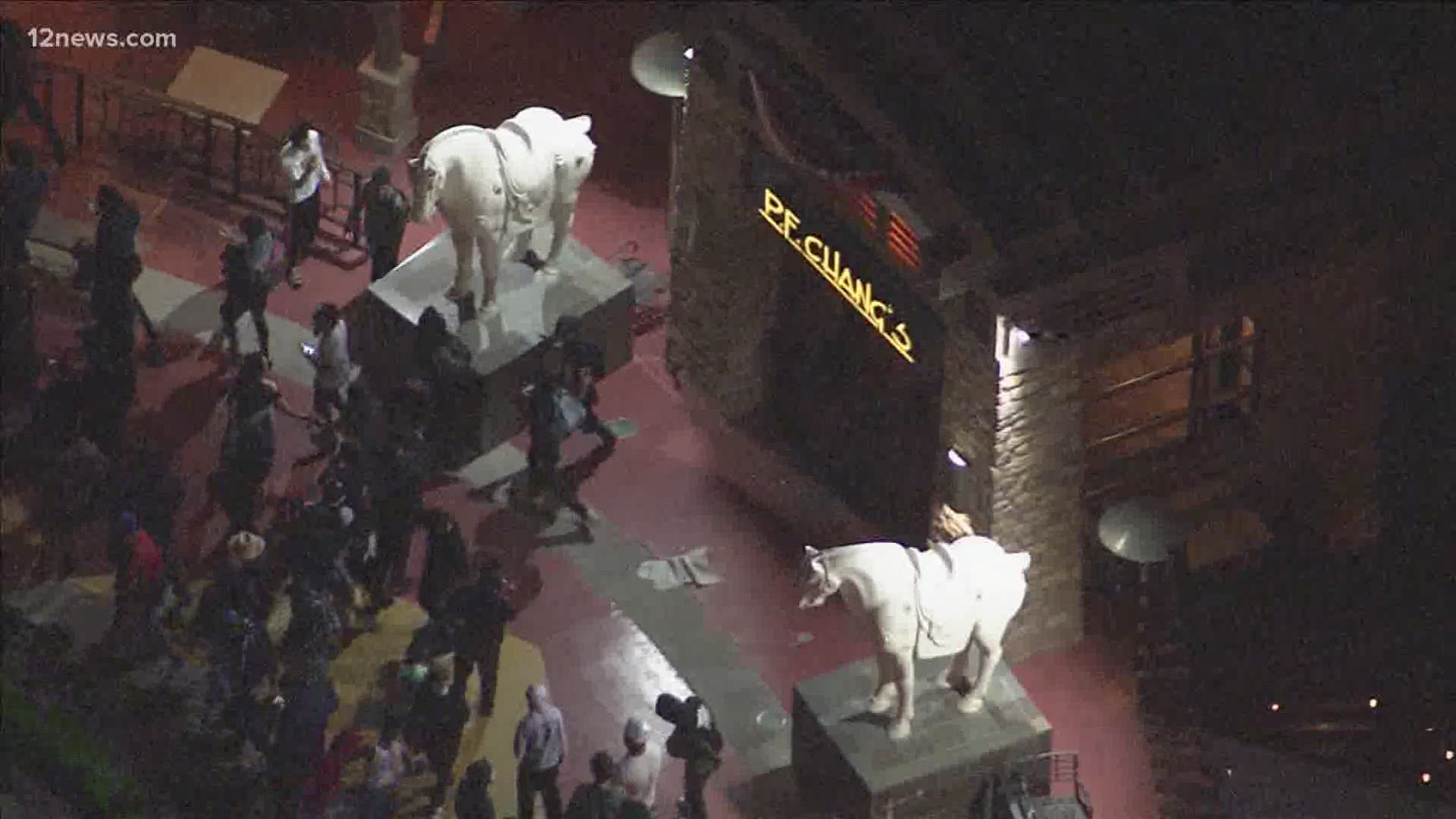