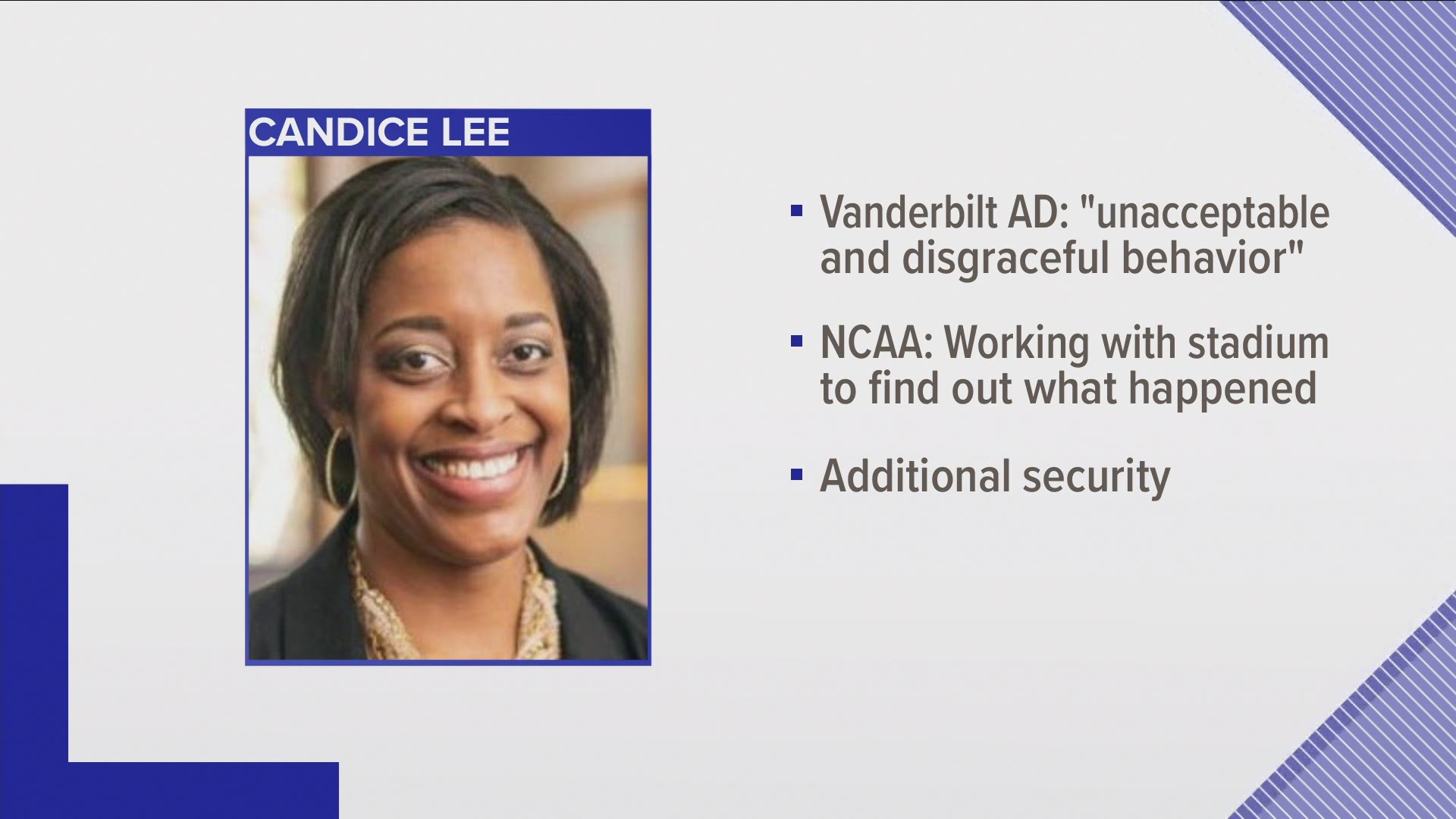 The Commodores defeated Mississippi State 8-2 in Game 1 of the three-game series and play the Bulldogs in Game 2 on Tuesday night.

Lee made the comments about the slurs on social media on Tuesday morning.

“I am deeply troubled that some of our student-athlete parents were subjected to racist slurs during last night’s game. This is absolutely unacceptable and disgraceful behavior, and such hateful language has no place anywhere in our society,” Lee wrote. “To the family members who were impacted, please know that you have my full support. And you absolutely have the wholehearted support of not only Vanderbilt Athletics but all of Commodore Nation.”

I am deeply troubled that some of our student-athlete parents were subjected to racist slurs during last night's game. This is absolutely unacceptable and disgraceful behavior, and such hateful language has no place anywhere in our society.

The NCAA told News4, a sister station with WBIR, in a statement that it would work with TD Ameritrade Park Omaha, the host stadium, to gather information about what happened Monday night and would put additional security measures in place for the remaining games.

"Racist and abusive language has no place in college sports and is not tolerated at NCAA championships, including the Men's College World Series. The NCAA is working with our partners at TD Ameritrade Park Omaha to gather more information about what occurred at last night's game and put additional security measures in place. Any parties responsible for unacceptable actions during the games will be removed by stadium security," the NCAA statement read.

"We join Vanderbilt in declaring such behavior unacceptable and in direct conflict with the values of both institutions and our fan bases," Cohen said in the statement. "The College World Series serves as a celebration of the entire sport of college baseball. Highly inappropriate events must neither be tolerated nor allowed to detract from the on-the-field accomplishments of the student-athletes and their teams who have earned the right to participate on this national stage."

This story was originally reported by WSMV in Nashville.