'There's plenty of songs about sex and violence, but there aren’t enough songs about arugula': Vegan rapper uses music to bring change

DJ CAVEM is a vegan rapper born and raised in the Five Points neighborhood of Denver. 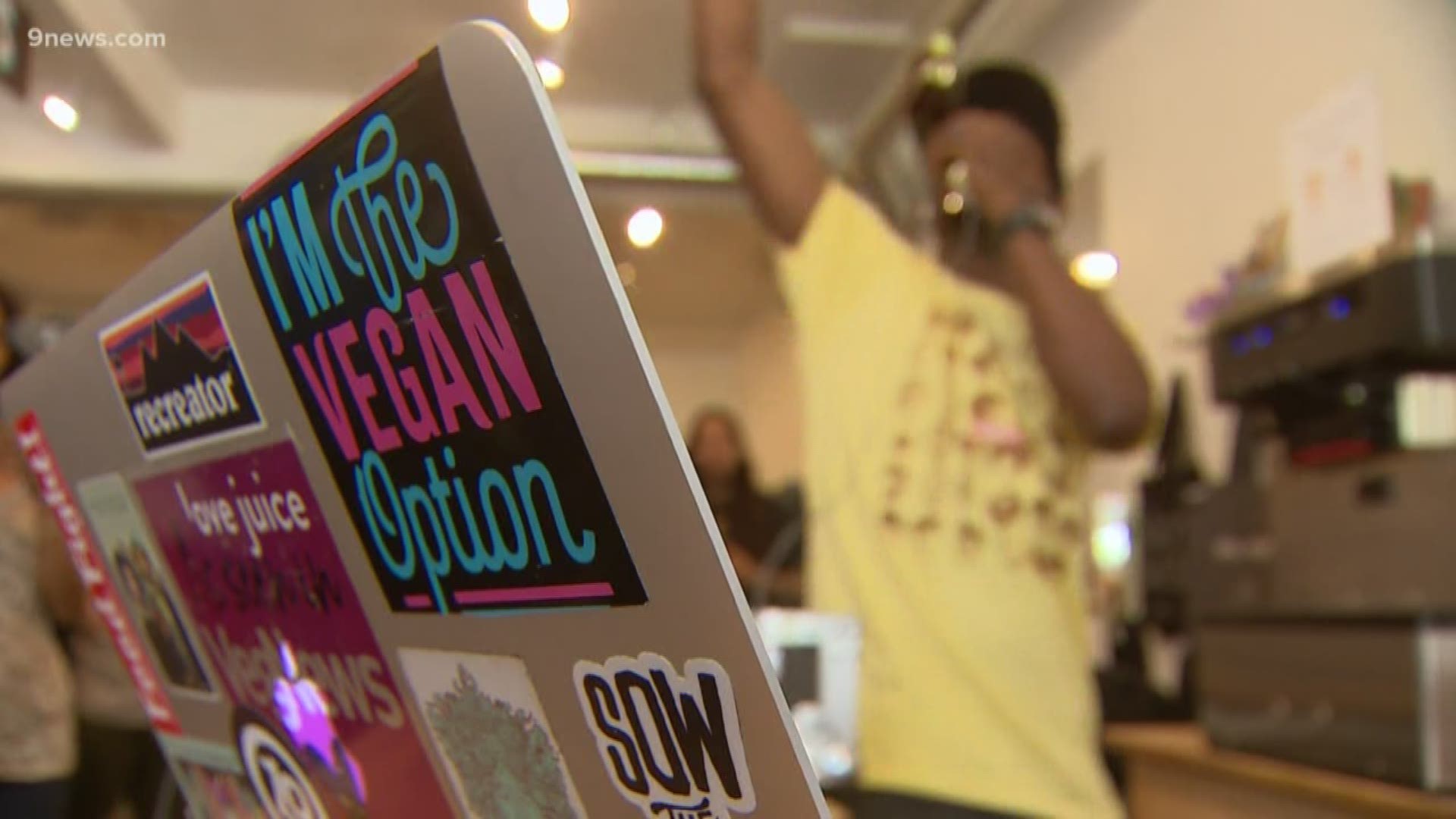 DENVER — Music is everywhere on South Broadway during the Underground Music Showcase (UMS). It wasn’t surprising for anybody walking by Nooch Vegan Market to hear bass thumping and vocals flowing. What the two MC’s were rapping about was a whole other story.

“We sprout that life,” Ietef Vita A.K.A. DJ CAVEM spit into the mic.

DJ CAVEM is a vegan rapper born and raised in the Five Points neighborhood of Denver. He was joined by Atlanta-based vegan rapper Grey during UMS. The smooth beats brought people into the shop.

“This is my first time hearing a vegan rapper,” a young vegan woman said who came to check out the show. “I’m not vegan, and I stopped to check it out,” another woman said who was walking by the store.

“Bringing awareness to plant-based vegan lifestyle, that’s our mission,” said the store’s clerk Avlino Salcedo. “I think a lot of people have a misconception of veganism, and Ietef is throwing that on its head.”

Vita's music isn’t corny, or cheesy. He grew up around gangster rap, and you can hear that in his music. But his MCing is straight veggies and sustainability. It’s a lifestyle he lives and breathes.

After wrapping up a summer tour he threw on some red Chuck Ts and got out to freshen up his garden.

“There’s plenty of songs about sex and violence, but there aren’t enough songs about arugula,” he said.

Coming from Five Points, he was surrounded by music and some other less desirable elements.

“It feels like a prison town because there’s a youth penitentiary at 30th and Downing,” Vita said. “It sucked, cause I had a lot of homies in there growing up as a kid. There was a lot of opportunities to push poison on my people. I had to avoid the output of that. I saw all my friends and family with the nice shoes on, but I was on the corner selling incense and oils.”

Vita hopes his music will inspire a younger generation to think about their food, where it comes from, and how it affects the planet.

“The goal is to transform culture,” he said, “in utilizing art for change for culinary climate action. It’s going to work.”