The 'Light the World' giving machines were set up along the 16th Street Mall in Denver over the holiday season. 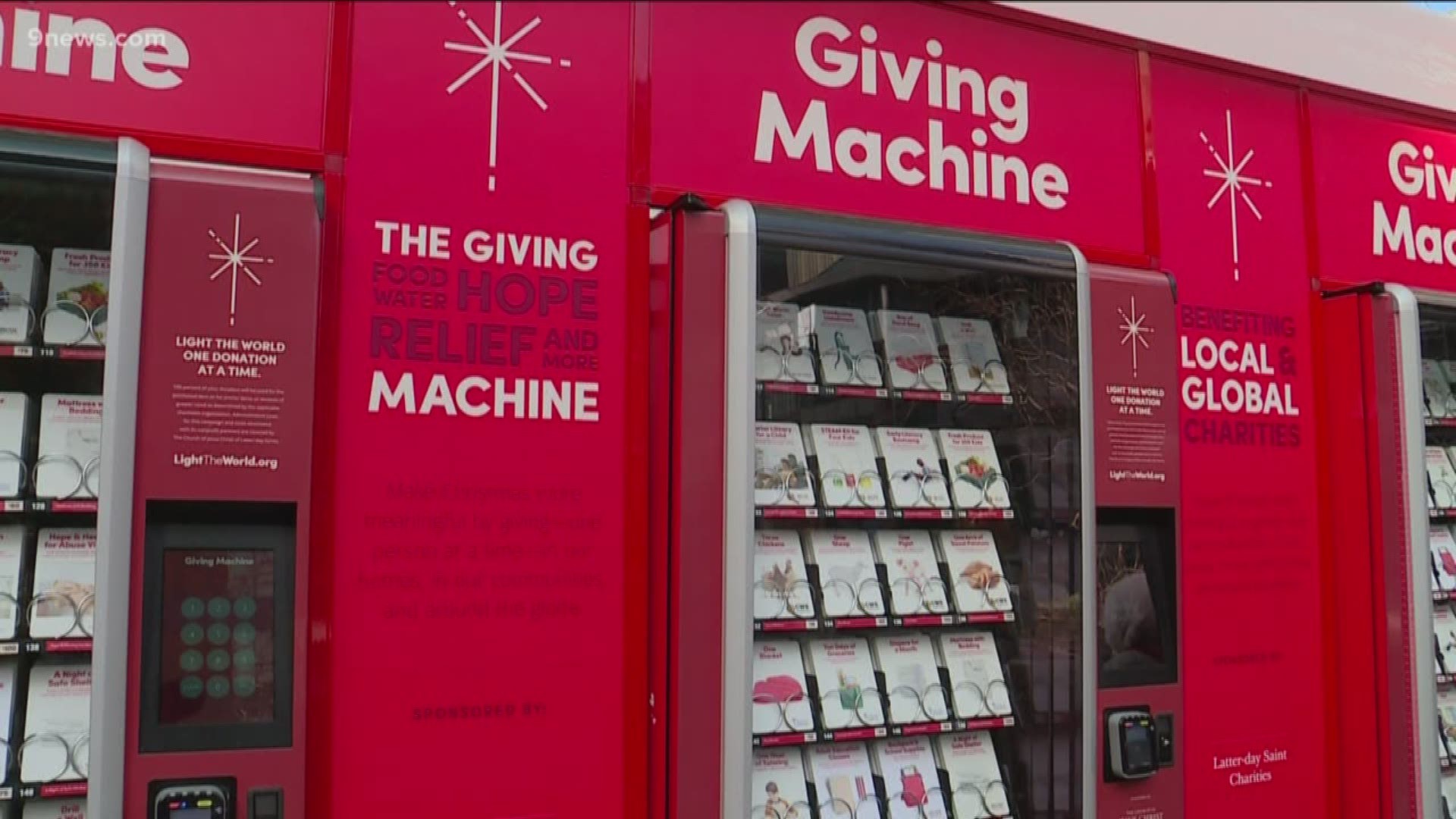 DENVER — The charity vending machines that popped up in downtown Denver over the holiday season collected more than $667,000 in donations for local and global charities.

The “Light the World” giving machines were set up along the 16th Street Mall between Lawrence and Larimer streets in Denver for the first time this year. The same machines were also set up in 10 other cities.

There were a total of 30 items available ranging in price from less than $5 to $300.

The top donated items for each charity were:

RELATED: How to help the victims, firefighters of the Australian bushfires

The Church of Jesus Christ of Latter-day Saints covers the costs of the machines and credit card fees plus the charities’ overhead. They started the program in 2017 in Salt Lake City.

The machines were in operation from Nov. 26 through Jan. 1 this year.