Verify: Are those Rocky Flats settlement letters a scam?

John Medrano of Arvada called 9NEWS asking us to verify the accuracy of letters he received about a class action lawsuit dating back to the late 1980s and the Rocky Flats nuclear plant. 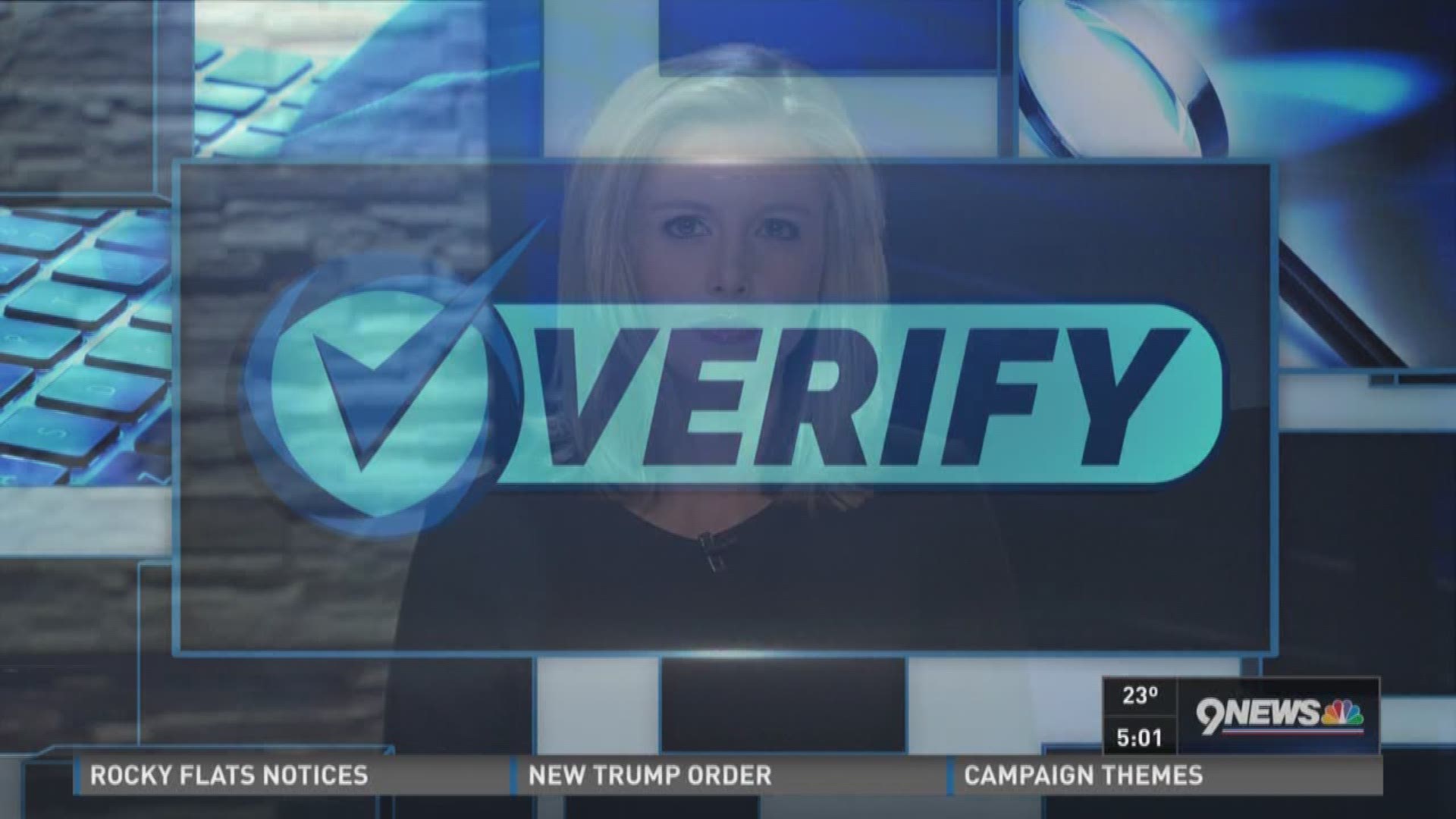 A 9NEWS project to make sure what you’ve heard is true, accurate, justified. Want us to verify something for you? Email verify@9news.com

John Medrano of Arvada called 9NEWS asking us to verify the accuracy of letters he received about a class action lawsuit dating back to the late 1980s and the Rocky Flats nuclear plant.

Medrano and his wife raised their family in a house downwind from the plant. Now Medrano is a widower. He still lives in the same house and contacted 9NEWS because he wondered if the letters were legitimate.

The Arvada resident first received a notice from Optimal Settlements telling him his home’s location made him eligible to receive part of $375 million settlement from a lawsuit filed against the operators of the Rocky Flats nuclear weapons plant -- but that he had to file a claim by Feb. 17.

Then, he got a notice telling him to file a claim with Heffler Claims Group.

“I’ve just been tearing them up because, like I’ve been telling my son, I was convinced this was a scam,” Medrano said.

After calling the companies in the letters and researching the lawsuit, 9NEWS was able to verify that it’s not a scam.

The letters going to Medrano’s home are part of a legal dispute between a company appointed by the court to handle people’s claims at no charge and a third-party company offering to file your claim for a fee.

The companies settled the 26-year court fight last summer, and agreed to divide $375 million among residents who owned property in an area downwind of the plant on June 7, 1989.

That’s the day after armed agents from the Environmental Protection Agency and the FBI raided the facility -- accusing it of breaking environmental law.

When a major class-action settlements like this happens, courts appoint a company to act as an administrator, processing claims and determining whether each person who claims to have a stake in the settlement actually does. In this case that company is Heffler.

Optimal is a third-party administrator that promises to process your claim if you give the company 25 to 30 percent of your settlement.

Third-party solicitations are common when a company settles for a substantial amount of money, said Merrill Davidoff, the plaintiffs’ attorney on the Rocky Flats case.

“These companies are coming in and misleading class members and basically taking their money,” Davidoff said. “I can’t say that it’s legally theft, but they’re taking people’s settlement money for nothing.”

Filing isn’t a complicated process, Davidoff said. And Heffler has a call center to help people who get confused. He can’t see why anyone would give up 30 percent of their money for what could be an hour’s worth of work.

Remember that first letter Medrano received? It told him he “must respond by February 17, 2017 and enroll.

Failure to file an eligible claim may result in a loss of all potential monetary benefits.”

That upset Davidoff, and he took Optimal to court.

Earlier this month U.S. District Court Judge John Kane agreed with Davidoff, and ordered Optimal to mail a letter explaining that it gave people the wrong deadline and letting it know that Optimal isn’t the court appointed administrator.

Those letters were sent last week.

“We are extremely regretful if it caused any confusion,” Optimal’s managing director, Eileen Chin, wrote in an email.

She said it was a mistake made by the company’s marketing vendor.

The reason Optimal charges a fee is because it gives people the option of an immediate payout.

“Many claimants choose to file on their own, but there are plenty of people who feel more comfortable having a third party help them or who simply can't afford to wait the many months it takes to receive their settlement and need an immediate payout … ,” Chin wrote. “Additionally, for any claimants over 80 years old, we are filing their claim pro-bono and waiving our fee.”

She compared it to using an accountant to file your taxes. You can file them on your own for free, or you can pay someone to do it for you.

Chin also believes Optimal found people who didn’t know they were eligible for this money. Medrano, for example, didn’t know about it until he started receiving Optimal’s letters.

He initially thought it might be tied to the fact that his wife passed away from cancer 19 months ago. Optimal actually used land records to find him.

“I didn’t want to give just anybody personal information about who I am,” Medrano said.

Now that he knows his options, Medrano plans to a file a claim through Heffler. He’s confident he can figure it out, and he’s always got his son to help him if he gets stuck.

THE MORAL OF THE STORY

The Denver and Boulder Better Business Bureau offered these tips for people who receive similar solicitations in the mail:

To submit a claim through Heffler Claim Group, appointed to handle claims, visit http://www.rockyflatssettlement.com/ or call 844-528-0187.

Want us to verify something for you? Email verify@9news.com