We've all heard it. Denver area sports teams have an edge because they live and train a mile above sea level. But is it true? 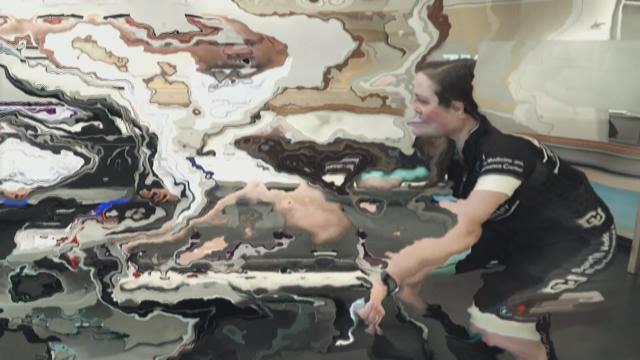 We’ve all heard it. Denver area sports teams have an edge because they live and train a mile above sea level.

But whether altitude alone is enough to affect the outcome of games has long been a matter of debate. 9NEWS Sports team set out to verify just how out of breath opposing teams are at a mile high.

The Verify team started its search by talking to Dr. Inigo San Millan. He runs the sports performance program at the University of Colorado’s Sports Medicine and Performance Center in Boulder.

The facility brings in athletes from around the world to test how they perform at different altitudes.

The data from all those athletes led Millan to the conclusion that every for 1,000 feet of elevation gain, a person loses 2 percent of their ability to consume oxygen and gets exhausted 4 percent faster than they normally would.

“That could be substantial, especially when we talk about high exercise intensities,” Millan said.

For example, let’s look at hockey.

One of the best players in the NHL is Washington Capitals’ Alex Ovechkin, who plays his home games at sea level. Ovechkin averages about 20 minutes of ice time per game. That means – if Millan’s numbers are true -- Ovechkin should drop to about 16 minutes of ice time when he plays in Denver.

9NEWS checked Ovechkin’s ice time for his last appearance at the Pepsi Center in November and found he played 16:49 against the Avalanche.

Fatigue is not the only problem, Millan said.

People who live at sea level don’t sleep as well when the visit they Mile High City. They also dehydrate more easily.

“Another thing we see, the lactate production from the muscles, at altitude at high intensities, it is much higher,” Millian said.

That causes more than cramps. Lactate gets in the way of proper muscle function and slows people down.

“If you don’t have a good nutrition plan coming here, both for hydration as well as carbohydrates mainly, your glycogen storage might be lowered as that’s going to affect you out in the field,” Millan said.

All of those statistics makes it sound like Colorado teams enjoy a significant home field advantage, so we asked Millan straight out if that’s the case.

“It doesn’t matter the sport. When you come to altitude and you want to compete, you’re going to suffer, you’re going to pay for it,” Millian said. “And if someone is waiting for you here, right, with the knife well sharpened, they should take advantage of you.”

So, how can altitude be a part of a team’s winning strategy?

“You just crank it up, the tempo, especially in the third and fourth quarter, because that’s when the other team should go down,” Millan said.

He also suspects mile high coaches would benefit from changing their practice routines.

“One of the things we are trying figure out is those, especially the lineman, they are not very fit to start with. The training for them even at this altitude that they are adapted might not as tolerable as for other lineman at sea level,” Millan said. “And they might travel through the week more fatigued or accumulate more fatigue towards the weekend compared to other lineman coming from sea level.”

Visiting teams can also take steps to mitigate the effects of altitude.

Acclimating to the mile-high air takes at least nine days – an amount of time that’s not practical for professional sports teams to spend in Denver ahead of a game, Millan said.

What they should do instead is arrive as close to game time as possible. That way they avoid some of the negative effects like poor sleep and dehydration.

Finally, it’s important for away teams to know about any medical conditions that might prevent players from competing at high altitude.

Clark has a genetic abnormality called Sickle cell that affects red blood cells. At high altitudes Sickle cell can cause serious problems with spleen function. Clark ultimately had his spleen and gall bladder removed after the 2007 game.

Altitude affects an athlete’s performance. Teams who practice at sea level tire 20 percent faster and transport 10 percent less oxygen in their bodies when they compete in Denver.

But a team’s overall ability matters too. Altitude gives mile-high teams an edge, but it can’t win games.