Verify: Does it pay to resign from Congress?

A 9NEWS viewer wanted to know whether members of Congress who resign or retire in disgrace still receive their Congressional pensions. 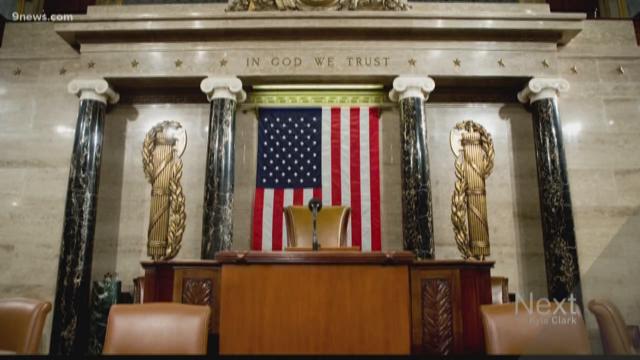 A 9NEWS viewer wanted to know whether members of Congress who resign or retire in disgrace, like Sen. Al Franken (D-Minnesota) and Rep. Trent Franks (R-Arizona), still receive their Congressional pensions.

Resigning, retiring or even being expelled makes no difference when it comes to Congressional pensions, according to a 2013 report by the Congressional Research Service.

The only way members of Congress lose their pensions is if they’re convicted in a court of one of 31 specific felonies.

The “Hiss Act” strips the pension from anyone convicted of “a federal crime that relates to espionage, treason, or several other national security offenses against the United States,” according to the CRS report.

And the Honest Leadership and Open Government Act of 2007 expanded the list to include several federal laws dealing with corruption, election crimes and misconduct in office.

“Even if criminal cases were to be brought against any current or future member pursuant to the harassment complaints, the charges might not fall under the existing 31 felonies that would cause a member to lose his or her pension,” said Demian Brady, the director of research for the conservative National Taxpayers Union.

The Office of Personal Management doesn’t disclose how much it pays former members of Congress, but does provide more general information.

To qualify for a Congressional pension a person must serve in either the House or Senate for a minimum of five years and be 62 years old.

Both Franken and Conyers meet that qualification, but Franks does not. His immediate resignation leaves him one month shy of five years in Congress.

In the absence of official numbers, Brady’s organization estimates how much money disgraced members of Congress are eligible to collect.

Franken would be eligible for about $24,000 a year after serving nine years, according to the estimate.

Disgraced former Rep. Anthony Weiner (D-New York) could collect about $46,000 a year when he turns 62, but Rep. Aaron Schock (R-Illinois) might lose the $18,500 he’s qualified to collect.

That’s because Schock is currently on trial on allegations that he misused public funds.

One exception to the rules regarding Congressional pension is an allowance made to consider how stripping a member of their pensions might affect their families. OPM staff can take “into account the totality of the circumstances” and potentially make annuity payments to a member’s spouse or children, even if the member has been kicked out of the program.