Verify: Fact from fiction regarding families being separated at border

About 2,000 children have been separated from their parents at the U.S. – Mexico border between April 19 and May 31. 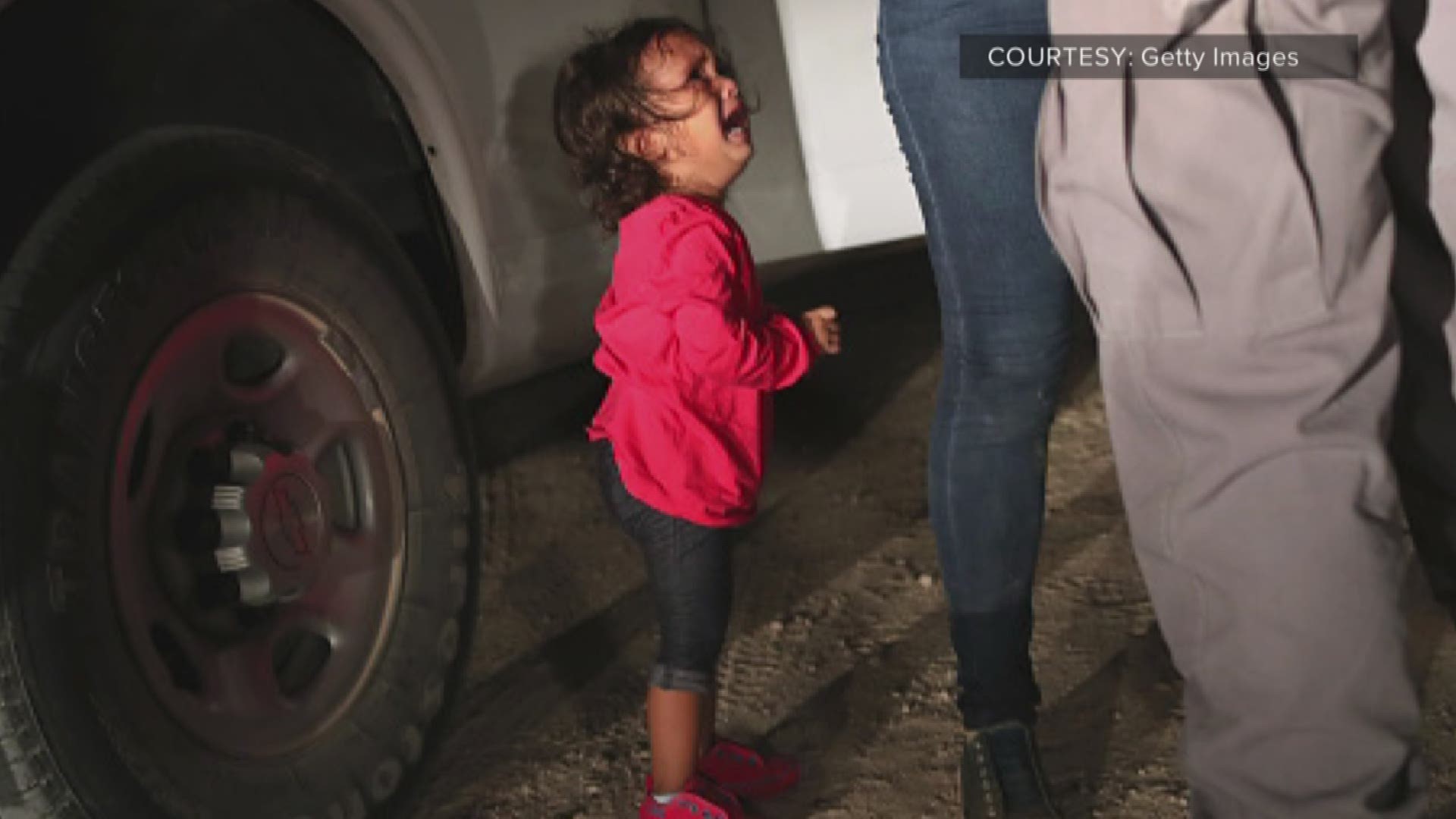 About 2,000 children have been separated from their parents at the U.S. – Mexico border between April 19 and May 31.

The controversial policy has ignited a fierce debate around the country as people have shared images and leaked audio of crying children from detention facilities along the border.

With tensions high on both sides, 9NEWS set out to separate some of the fact from the fiction.

Here’s what we’ve learned so far:

What is the current U.S. policy on families caught crossing the border?

For years the U.S. has given three reasons for separating kids from the adults who brought them across the border:

Those reasons, which are longstanding Homeland Security policies, haven’t changed.

What’s different is the “zero tolerance” policy put in place by President Donald Trump’s administration back in April.

This means the administration plans to criminally prosecute every person caught crossing the border illegally.

That’s a departure from the way previous administrations did things.

The administrations of Presidents Barack Obama and George W Bush both screened families for suspected gang members and abuse, however, those who passed were usually processed and held together in a detention facility, according to the Bipartisan Policy Center.

And those who were approved to claim asylum generally weren’t prosecuted for crossing illegally.

The second major change was to the rules for people seeking asylum. Attorney General Jeff Session announced earlier this month domestic violence and gang violence no longer qualify as reasons.

Yes, but the big difference is those kids crossed the border without their parents.

In the summer of 2014, the number of unaccompanied minors crossing the southern border jumped significantly, from about 2,500 children a month to more than 10,000 kids every 30 days.

Most of them came from Central America and told customs officials they were fleeing gang violence and poverty in their countries.

The U.S. didn’t have enough beds for the crush of children that came from Central America that summer, so it opened temporary facilities.

Obama called it a humanitarian crisis at the time.

When will these parents be reunited with their children?

The Department of Health and Human Services Administration for Children and Families told the San Diego Tribune that the average time a child spends in one of these facilities is 56 days.

But that doesn’t necessarily mean the kids are reunited parents. They can also be sent to a family member who lives in the U.S. while their parents continue to work their way through the court system.

Most people who are convicted of illegally crossing the border (a misdemeanor for a first offense) are let go with time served.

But it could take weeks, or even months, for those parents to be reunited with their children, according to the Bipartisan Policy Center.

Not in the way it’s being portrayed by some people.

Here's what happened: ORR tried to contact 7,635 kids it placed with adult sponsors, but 1,475 them didn’t answer.

That doesn’t mean the agency lost them. Some of those kids forgot to respond, didn’t get the message or chose not to because someone in their household is undocumented.

What about that viral picture of a kid crying in a cage?

USA Today debunked that photo. A photographer took it at a Texas rally June 10 protesting Trump’s “zero-tolerance” policy and not at a detention facility.

When will the kids be reunited with their parents? What about the Flores Settlement Agreement?

Both said the government agreed kids are supposed to be released as soon as possible to parents, guardians or the “least restrictive” option. Brown said if that’s what happens, one of the stipulations is releasing the kids to a facility that has a child care license.

As for how long the children can be held, using both the Flores Settlement and Trafficking Victims Protection Reauthorization Act, Martinez said the courts interpreted that as no more than 20 days.

The Flores Settlement dates back to 1997 and found its way back to court in 2014 under the Obama administration when the government was accused of not following it, according to Brown.

Brown said said there aren't enough details yet to say if this settlement is being violated now.