Verify: Is the SCOTUS ruling a win for the cake shop baker or gay rights?

Is today's Supreme Court ruling really a decision in favor of Masterpiece Cakeshop? The short answer: No. In fact, the court will likely have to hear another case to determine whether baking a cake or taking photographs or preparing a meal is enough of an artistic expression to merit First Amendment protections. 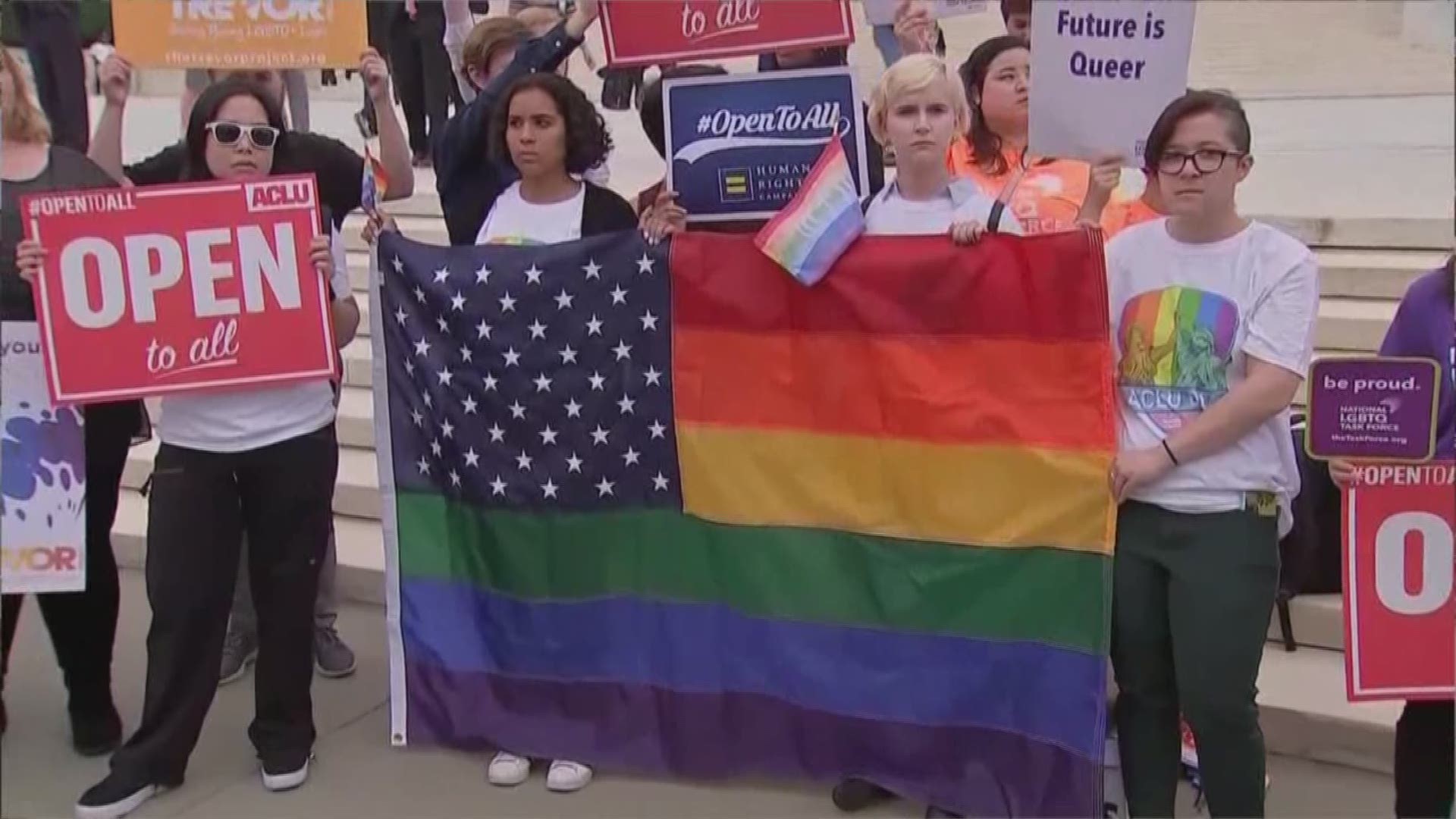 The U.S. Supreme Court handed down a 7-2 ruling in the Masterpiece Cake Shop case Monday.

This is the case of Jack Phillips, a Lakewood baker who refused to bake a cake for David Mullins and Charlie Craig’s wedding.

Phillips said he believes marriage is only between a man and a woman and said making a custom wedding cake for a gay couple would go against his Christian beliefs.

The Supreme Court reversed that decision Monday. But the decision isn’t a simple, straightforward win for Phillips or other wedding vendors who hold similar religious beliefs. 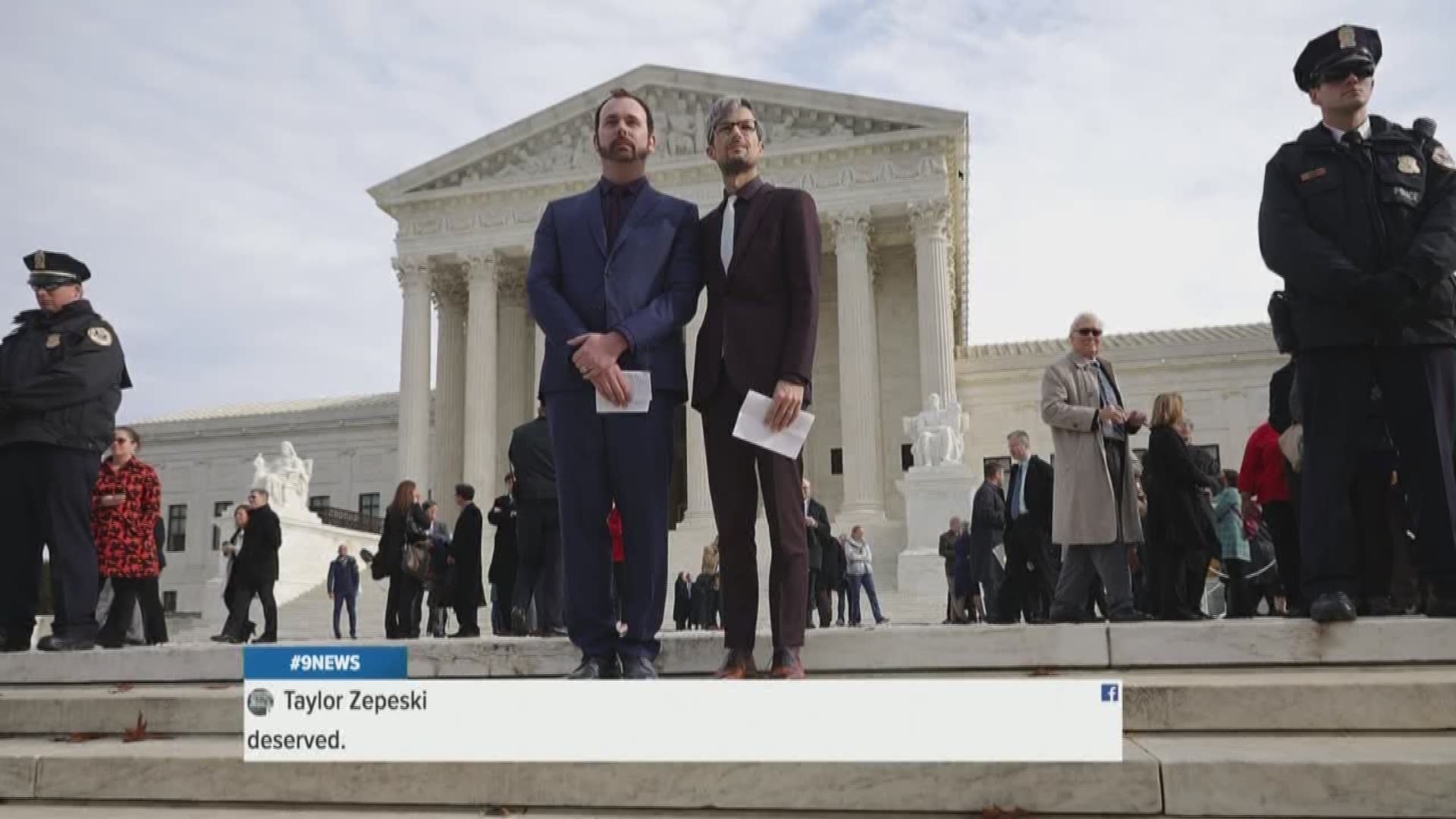 The court narrowly ruled in favor of Phillips, which basically means the justices punted on the bigger issue of whether state civil rights laws require bakers and other wedding vendors to serve gay couples.

So, what did the court decide?

The court decided Phillips wasn’t treated fairly by the Colorado Civil Rights Commission when it heard the case back in 2014.

“The Civil Rights Commission’s treatment of his case has some elements of a clear and impermissible hostility toward the sincere religious beliefs,” according to the majority opinion written by Justice Anthony Kennedy.

What happened at that hearing back in 2014?

One of the commissioners, Diann Rice, made comments that the Supreme Court found to be inappropriate.

Here’s what she said:

What does the decision mean for Masterpiece Cake Shop owner Jack Phillips?

It means this case is over for him, Robinson said.

The Supreme Court ruling reversed the decision. If it had wanted Colorado to get another chance at this case, it would have remanded it back to the Court of Appeals.

Phillips chose to stop baking wedding cakes while the case made its way through the courts.

“This decision gives shop owners of any type very little guidance to what they can and cannot do when dealing with same-sex couples,” Robinson said.

Another same-sex couple could walk through the doors of Masterpiece Cake Shop, be denied a wedding cake and file another complaint with the Colorado Civil Rights Commission.

Craig Konnoth, a law professor at the University of Colorado, said he thinks the current Supreme Court might rule 5-4 in favor of a different couple if there wasn’t this issue of bias by the commission.

“It’s a little concerning to me that Justice Kennedy goes out of his way to say that with respect to some good and products and situations that there is an expressive component…” Konnoth said. “On the other hand, it’s important that he emphasizes again and again that states have every right to protect their LGBT citizens.”

Will there be another case?

Both Robinson and Konnoth think the court will take another case like Masterpiece Cake Shop because it still has to answer the bigger question of whether baking a cake or taking photographs or preparing a meal is enough of an artistic expression to merit First Amendment protections.

“This decision gives shop owners of any type very little guidance to what they can and cannot do when dealing with same-sex couples, so as a consequence the really great constitutional issues will have to be decided in another case at another time,” Robinson said.

What does the couple think?

Mullins and Craig said they were disappointed with the decision, but they’re glad the court didn't make a bigger statement about the validity of Colorado's anti-discrimination act.

“We do feel like we’ve raised a lot of awareness for people on discrimination against LGBT people in businesses open to the public,” Mullins said. “If they can take anything away from this, we hope that people now know that our case wasn’t some isolated incident. This happens to people in every kind of business, every day.”

The Lakewood baker declined to comment when 9NEWS reached him outside of his shop Monday. However, he did write an op-ed piece on the decision for USA Today.

"As a cake artist, the Supreme Court affirmed that the government has to respect my beliefs about how to conduct my business," Phillips wrote. "It welcomed me back from the outskirts where the state had pushed me. At least for the moment, it has brought an end to my storm."

He compared the fight over his cakes to weathering a storm. With this decision, the longest and most terrifying storm of his life was over, he wrote.

Here’s what the Alliance Defending Freedom, which helped in Phillips’ defense, had to say:

“Government hostility toward people of faith has no place in our society, yet the state of Colorado was openly antagonistic toward Jack’s religious beliefs about marriage,” Alliance Defending Freedom senior counsel Kristen Waggoner said in a statement. “The court was right to condemn that. Tolerance and respect for good-faith differences of opinion are essential in a society like ours.”

How does the ruling impact Colorado’s Civil Rights Commission?

The Colorado Civil Rights Division, which oversees the commission, issued a statement Monday saying it respects the ruling, but “the decisions does not alter the Colorado Anti-Discrimination Act or its protections.”

State Republicans tried and largely failed to change how the commission works during the 2018 legislative session.

“We hate to say we told you so, but we told you so…” Senate President Kevin Grantham (R-Canon City), the legislature’s top Republican, said in a written statement. “This shows precisely why the Civil Rights Commission needed to be depoliticized, de-radicalized and returned to its original mission - to protect the civil liberties of all Coloradans, not just a select few.”

What happens to the commission from here will depend on who wins in November and what those new state lawmakers are willing or able to do. 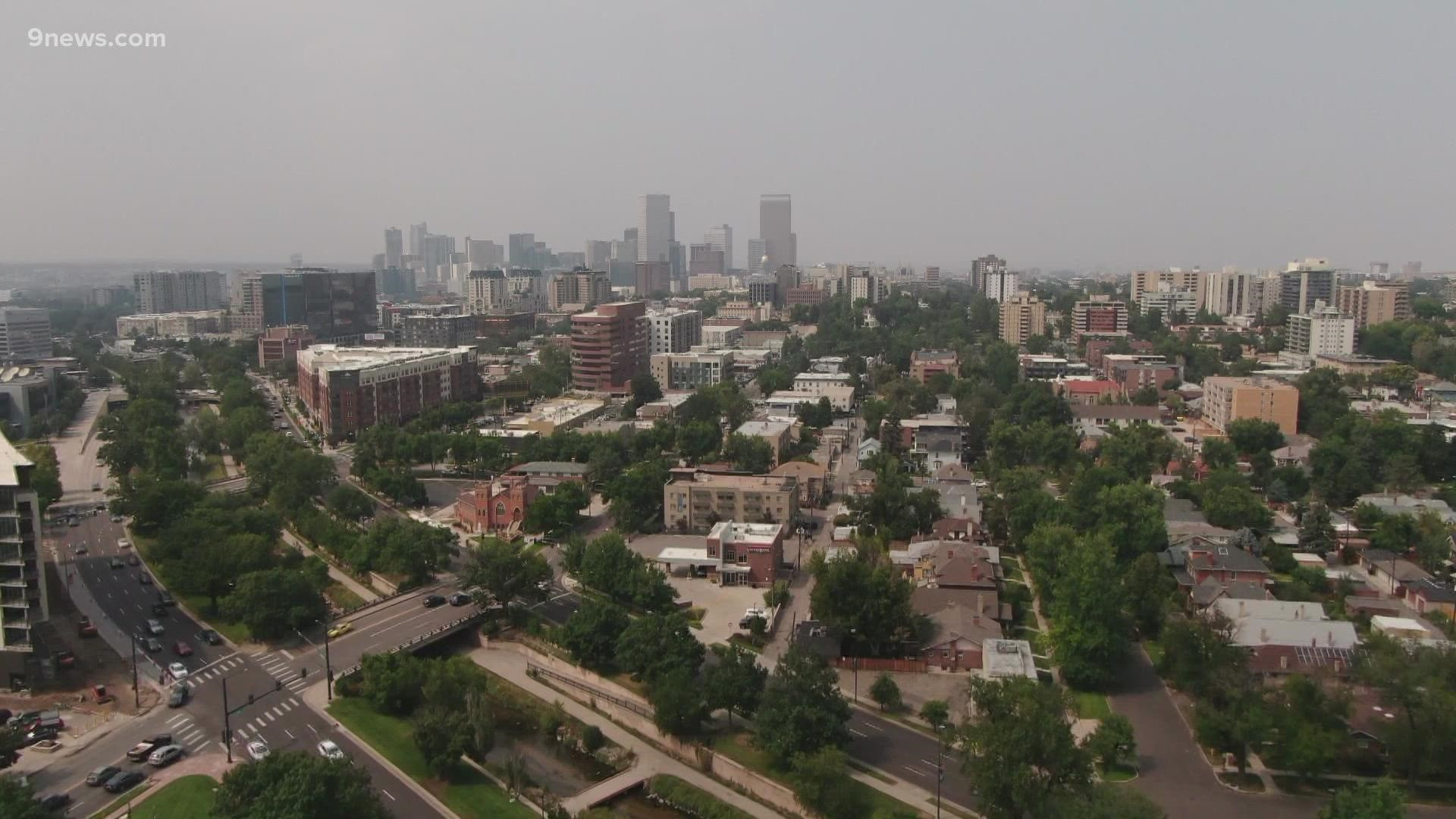 VERIFY: Are our lungs being damaged by bad air?