Verify: Is there an active volcano in Colorado?

Technically, the Dotsero volcano in western Colorado is active -- but don't expect to dodge magma on I-70 anytime soon (unless an asteroid hits Colorado -- then you have other problems). 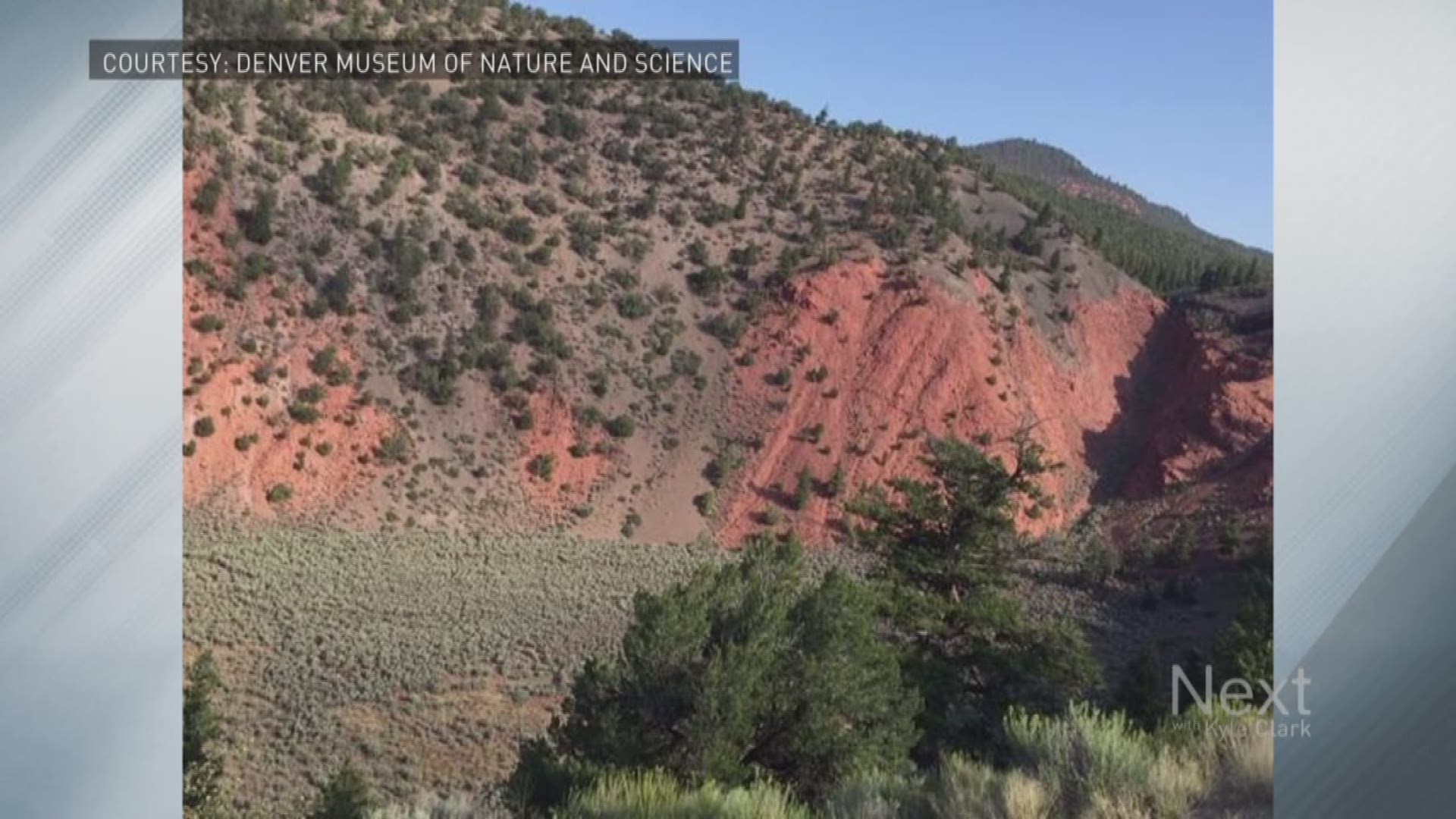 A 9NEWS project to make sure what you’ve heard is true, accurate, verified. Want us to verify something for you? Email verify@9news.com..

THE QUESTION: An article floating around the internet talks about the ‘active’ volcano in Dotsero -- but what exactly does that mean?

If you’re driving down Interstate 70 on your way to Glenwood Springs, it might surprise you that a mile from the Dotsero exit, you’re actually driving through a lava flow from 4,200 years ago.

That was the last time the Dotsero volcano erupted – and one article that’s been widely shared on Facebook since it was first posted by Only in Colorado last year implies it could erupt again.

But is it really an active volcano? It depends on how exactly you define “active” – but you definitely don’t have to worry about dodging lava on I-70 anytime soon.

James Hagadorn, a Ph. D and the curator of geology for the Denver Museum of Nature and Science, says calling the Dotsero volcano active is very much an exaggeration.

“Is there lava spewing out of it right now?” he asked. “An active volcano is Hawaii … you can see magma coming out as lava on the surface. You can see ash coming out. It’s like Mount St. Helens.

“Dotsero is no more an active volcano than is the volcano that produced North and South Table Mountain [in Golden].”

Meanwhile, Dr. Christian Shorey, the assistant department head of geology and geology engineering at the Colorado School of Mines, says scientists technically define an active volcano as one that has erupted in the last 10,000 years – meaning the Dotsero volcano fits the bill.

But is this volcano likely to erupt again, like the Only in Colorado article implies?

In fact, neither the United States Geological Survey Volcano Hazards Program and Global Volcanism Program have the Dotsero volcano on their watch lists.

And while Shorey says the magma-source for the Dotsero volcano feeds the hot springs in Glenwood Springs, he says it’s losing heat.

“The term ‘active’ is a little misleading to the public – anything that has erupted in 10,000 years is technically active,” Shorey said. “On the west coast of the U.S., that is much more the case. You’d be a lot more concerned there.

“Here in the Rocky Mountains, our sources kind of died, ending before the dinosaurs went extinct.”

“If you buy 100 lottery tickets a week, your probability of winning the lottery might be different from just buying one ticket a week … the element of randomness … [you] can’t quite apply that to an ancient volcanic deposit,” Hagadorn said.

He says it would be like saying if there is an average of one out of 100,000 people per year who are injured by a car, it doesn’t mean if you drive your car 100,000 times in a lifetime you’ll be injured once – there are more factors at play, such as how bad of a driver you are or where in the country you do most of your driving.

“Would you take information about volcanic deposits from the entire Earth and apply it to something that can be here?” he asked. “There are 100 different kinds of airplanes. You wouldn’t lump all those together, would you?”

Credit: KUSA
A piece of reddish scoria from Dotsero &ndash; the cavities from the gas bubbles are clearly visible on this piece.

Ok, despite the data indicating it’s highly unlikely, is there anything that could make it more possible for the Dotsero volcano to erupt (since theoretical questions are what the internet is all about)? Shorey says some scientists think if an asteroid hit Colorado, that would make the magma come to the surface.

But, he concedes if an asteroid hit Colorado, we’d have way more to worry about than our friendly neighborhood volcano.

In fact, folks in Colorado should probably worry more about the Yellowstone supervolcano than the “active” one in our backyard.

“The Yellowstone thing is a place where we wonder when it’s going to happen again – we don’t really question ‘if,’” Shorey said. “Yellowstone’s a much bigger beast … and when it blows, it can form ash that could come to Austin, Texas, all the way to Iowa if it occurs. It would definitely be civilization-altering.”

Granted, you’ve probably heard of the Yellowstone volcano. But what makes people want to talk about the Dotsero volcano is the fact that geological activity like this isn’t something folks necessarily associate with the Centennial State.

Credit: KUSA
View of the &#39;Sunset Lake&#39; hot spring with it&#39;s unique colors caused by brown, orange and yellow algae-like bacteria called Thermophiles, that thrive in the cooling water turning the vivid aqua-blues to a murkier greenish brown, in the Yellowstone.&nbsp;

Hagadorn has a fascinating look at volcanoes throughout Colorado you can check out here: http://bit.ly/2nsqTxF

One of them is the San Juan Volcanic Field in southwest Colorado. One of its eruptions has expelled nearly 5,000 times the amount of material produced by Mount St. Helens. In fact, Hagadorn says that this was enough to cover the state with a six-inch-thick blanket of hot ash!

Closer to Denver (as in 15 minutes away if US 6 is behaving) are North and South Table Mountains, which were formed by a volcano northwest of Golden. This city – much like parts of Boulder and Jefferson County – wouldn’t look the same without volcanoes, which is pretty crazy to imagine.

And why is it important to talk about Colorado’s volcanoes in the first place? The answer is two-fold.

“No. 1: Many of our most economically important natural resources come from those volcanic deposits or what happens, like the building of mountain ranges,” Hagadorn said. “And two, a big chunk of our spectacular scenery and landscapes are as the result of these volcanic events.

“So some of our mountains, some of the valleys, some of the Badlands and hills and spectacular vistas that we see – not all of them, but some of them – come from volcanic deposits.”

One of those amazing bits of scenery is the Dotsero volcano which – even though it’s not active in the same sense as the ones in Hawaii Volcanoes National Park – is a fascinating snapshot of what makes Colorado, Colorado.

Perhaps Shorey sums it up best: "Geology is awesome."