There are lots of interesting true things you could write about marijuana in Colorado, but a three-year-old fake thing is popping up on Facebook lately. 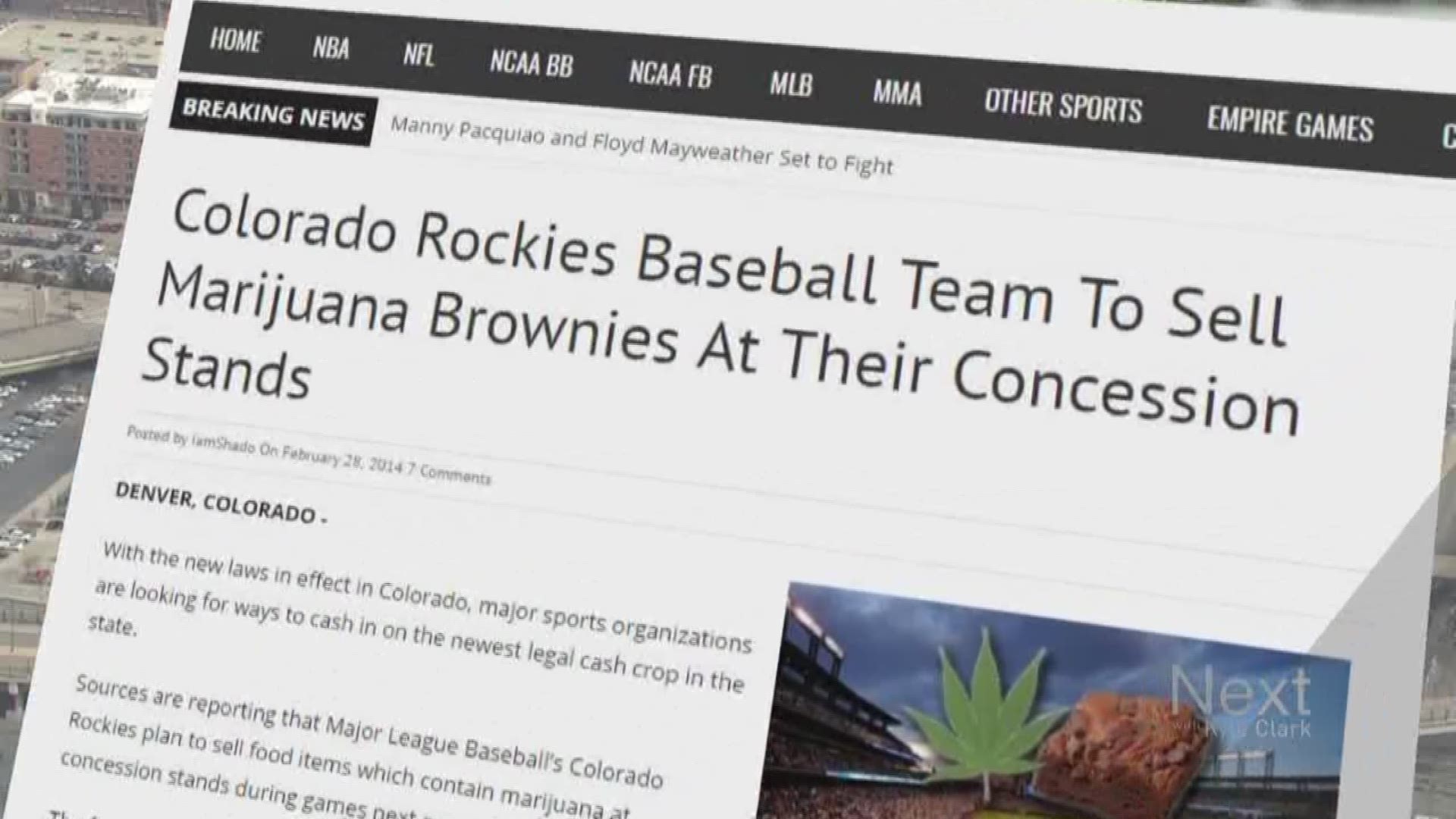 There are lots of interesting true things you could write about marijuana in Colorado, but a three-year-old fake thing is popping up on Facebook lately.

It's still just as fake as it was three years ago, but maybe it’s just catching on again because baseball season is coming.

And that makes a headline claiming “Colorado Rockies Baseball Team To Sell Marijuana Brownies At Their Concession Stands” a really shareable thing.

First off, NO. The Rockies aren't selling pot brownies. They never were.

But here are some things to check so you don't become the next sucker to share something like this.

First: It's from 2014. If you've been to a Rockies game since, you have not seen them selling pot brownies. (Because they’re not,)

Second: You can go to this website's homepage and see that they are also reporting that mermaids are real.

Or if that's not good enough, you can see their disclaimer, which admits “Sometimes we report things we just WISH would happen,” which gets bonus points for being one of the most artful ways to say “we make things up” that we’ve ever seen.

Finally: You can Google the thing and see that that it's been debunked already by Snopes and even High Times-- which put it at the top of a list of fake news story.