The Native American Community is hosting a vigil to pay their respects to the hundreds of unmarked graves recently found in Canada. 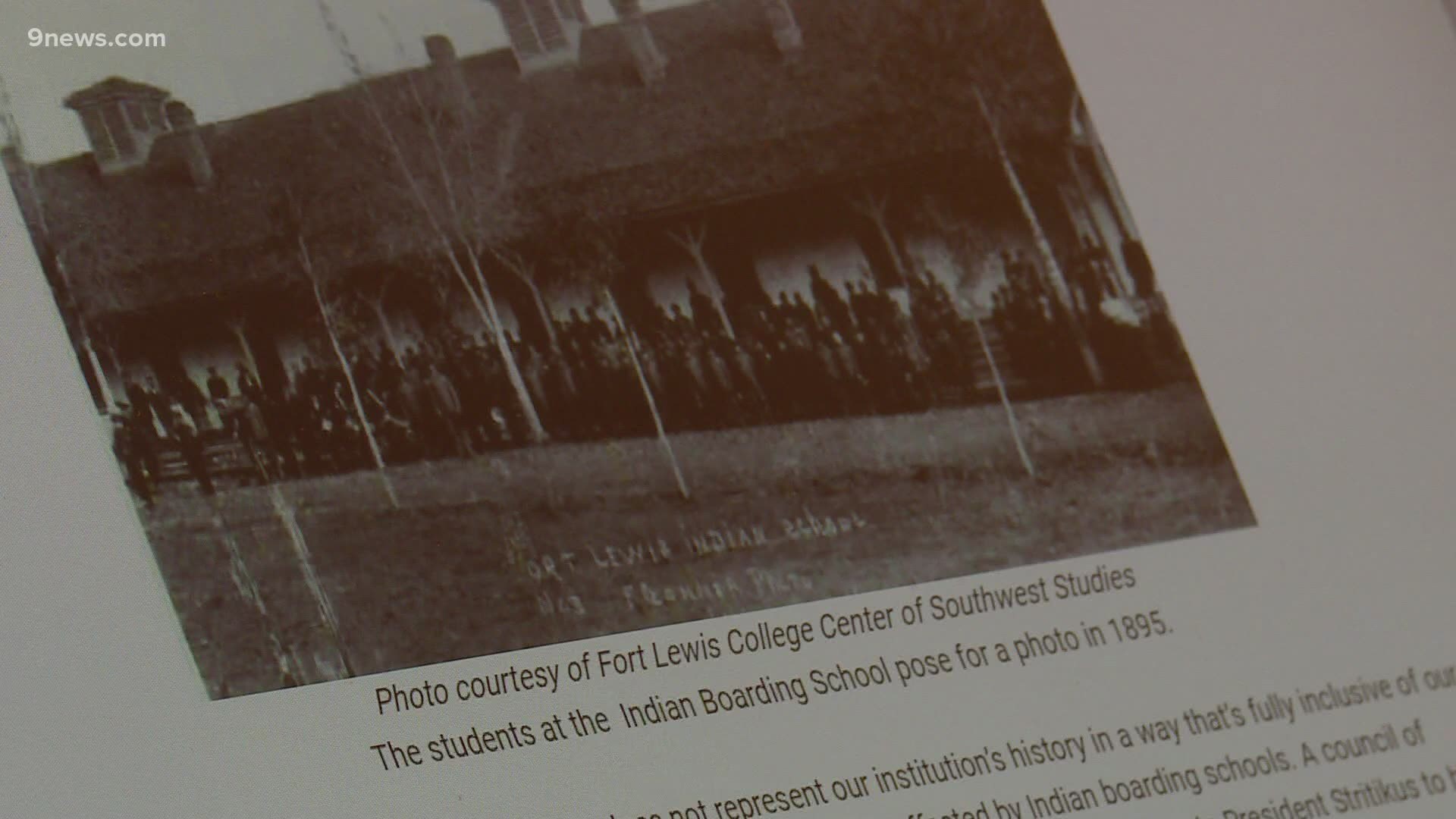 COLORADO, USA — The Native American Community is inviting all to pay their respects to the hundreds of unmarked graves recently found in Canada. The graves were near former residential schools for Indigenous children.

Sky Roosevelt-Morris is part of the Four Winds American Indian Council and helped organize the vigil planned for Sunday, July 4, at 7 p.m. at the St. John Paul II Center in Denver.

The group welcomed all to join thein in wearing orange to pay their respects to the hundreds of graves found in Canada over the last few months, on Sunday.

Around land near former boarding schools, unmarked graves were found, where indigenous children were buried.

The discovery has the Biden administration now investigating the Native American residential schools that once operated in the United States.

Colorado was home to a few.

Organizer Shaela Cross told 9News her Dad attended one of them.

"A lot of our culture is lost to because of that," she said. "My Dad grew up speaking his native language and then going to a residential school and losing a lot of that native language."

The Canadian schools where the graves were found were once run by the Catholic Church.

Roosevelt-Morris did call out Denver Archbishop to be transparent in their role with Colorado's boarding schools.

In a statement to 9NEWS, the Archdiocese of Denver said, based on their historical archives and research, the Archdiocese had no connection to any of the three boarding schools in Colorado.