Vincent Truitt was shot at the end of a chase in July. 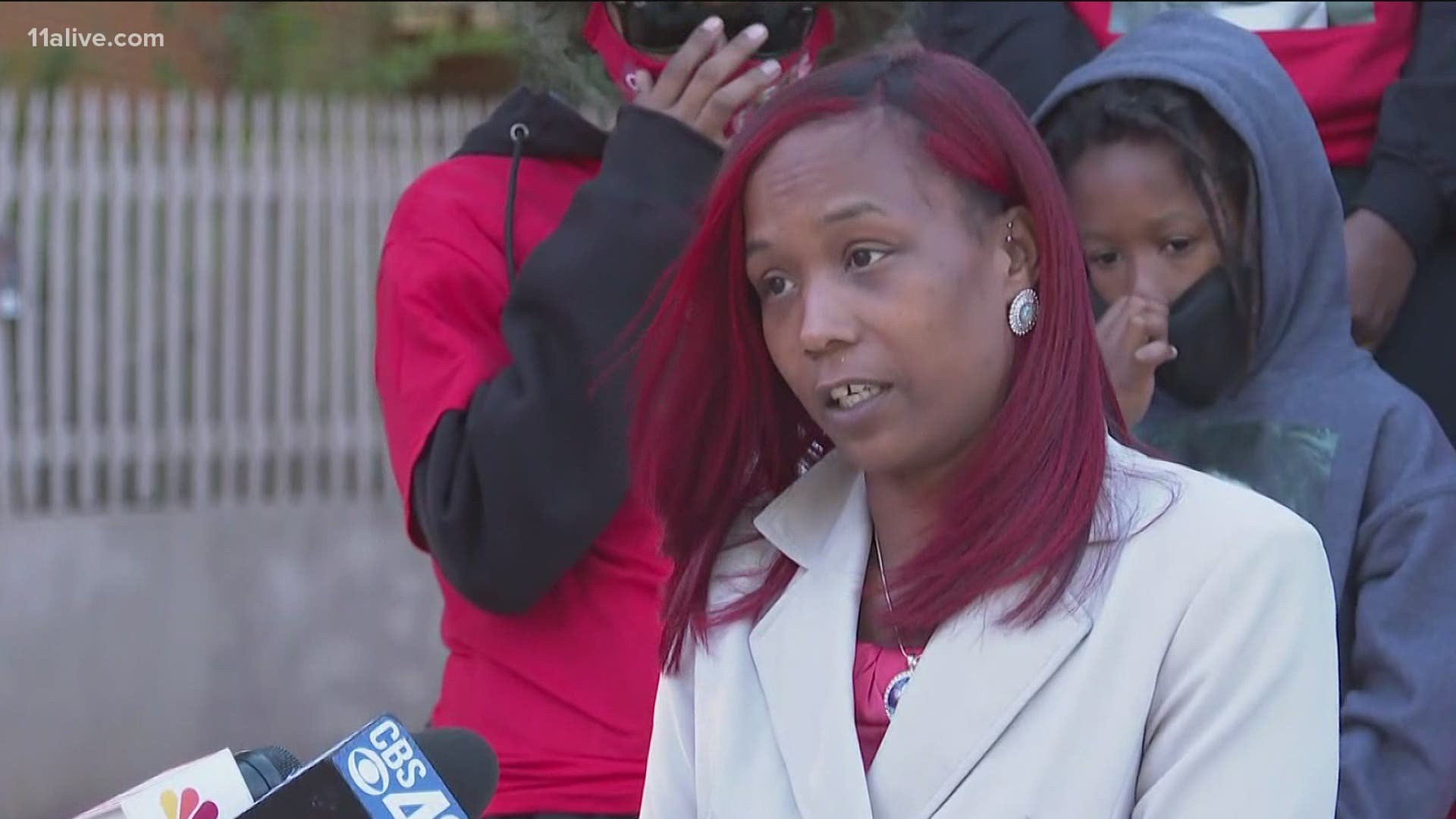 COBB COUNTY, Ga. — The family of a 17-year-old shot and killed by a Cobb County officer at the end of a chase in July demanded the release of body cam and dash cam video of the incident on Friday.

Vincent Truitt's mother, Venethia Cook-Lewis, said her son "has never been a violent person - he has no violent history whatsoever" while their attorney Gerald Griggs disputed the official account of the shooting.

The family also expressed their lingering anger at having not been notified for 18 hours while Truitt was at Grady Memorial Hospital, which they said they were also escorted from as they tried to find him.

"My child died alone," Cook-Lewis said. "I have never let him down. I've always been there for him, and I wont stop now."

According to Griggs, Truitt was shot twice in the back as he ran from officers on the night of July 13, after getting out of a car in which he had been a passenger, that officers had pursued following the report of a stolen vehicle.

An autopsy report obtained by 11Alive confirmed he died of two gunshots, one to his upper left back and one to his lower back.

The Georgia Bureau of Investigation has said a handgun was "brandished" by Truitt before he was shot.

Griggs confirmed a weapon had been found at the scene, but noted "brandishing" is not legally meaningful term in Georgia.

"Under Georgia law there's no such thing as brandishing. You're either pointing a pistol at another, or you're committing aggravated assault, neither of which happened," he said. "We have that on good authority that yes, there was a gun present, but at no time was it pointed at officers."

"One fact that is not in dispute and that is that at no time did Vincent Demario Truitt prove to be a threat to that officer," he added. "No one poses a threat when they're running away."

He also said Cobb County Police had initially reported that Truitt fired a gun at them, which did not happen, and part of why the family was demanding the release of the videos was because there was still no confirmation of whose gun it might have been.

"From what I have been told about the video, there are serious questions that need to be answered," he said.

He also said the family met with GBI Director Vic Reynolds yesterday, who told the family there was "no excuse" they were been made to wait so long to hear about Truitt's condition.

Both Truitt's mother and father spoke at the press conference on Friday, recalling him as an ambitious student, an active church member who volunteered with organizations like Hosea Feed The Hungry, and a star athlete with a creative mind for fashion and design.

"Vincent was a special child to many people," she said.

In addition to the release of the body cam and dash cam, the family is calling for the firing and prosecution of the officer, asking for a meeting with Cobb District Attorney Joyette Holmes, and asking for the release of medical records from Grady related to Truitt's treatment in the hours he was there.

They're holding a rally starting on Saturday at 1 p.m. at the Riverside EpiCenter.