Far right groups from across the country are urging protesters to converge on Richmond on Martin Luther King Day. 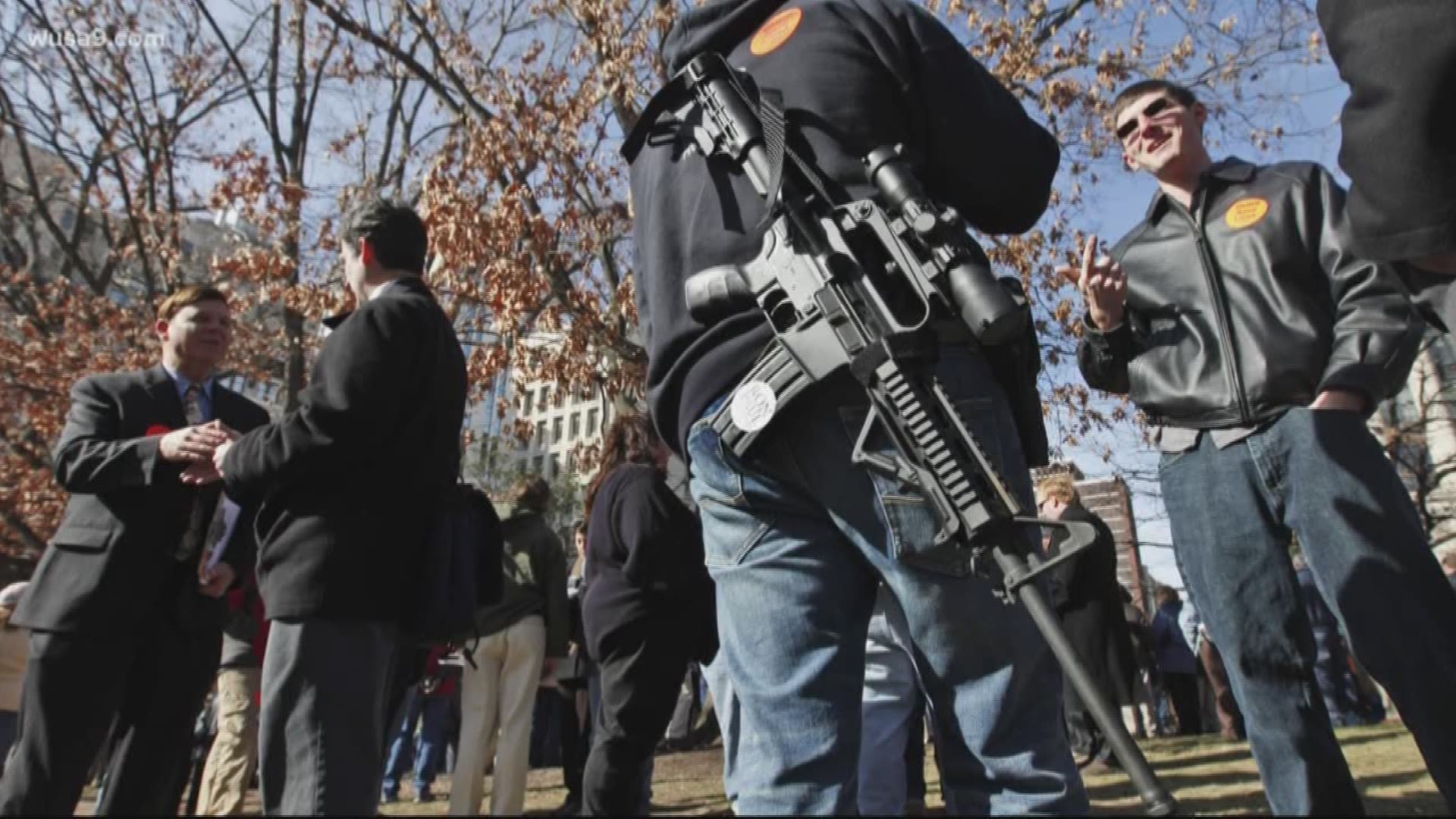 WASHINGTON — Critics are raising the specter of the deadly Charlottesville riot as tens of thousands of armed gun rights activists from across the country prepare to converge on the Virginia General Assembly in Richmond.

Virginia Democrats' plans to enact a sweeping series of gun measures have already created a rebellion in dozens of counties. Now armed gun rights supporters -- including some from the far right -- are planning to sweep into Richmond on Martin Luther King Day.

Organizers from the Virginia Citizens Defense League are predicting as many as 130,000 gun rights protesters from across the country could rally in Capitol Square on Martin Luther King Day. But they insist they're trying to avoid the kind of deadly chaos that swept Charlottesville in the summer of 2017.

"Charlottesville was pretty bad," Stewart Rhodes, founder of far-right group Oath Keepers, which supports county militias and sheriffs posse, said. "[It] was a Nazi fest. We had no part in that for good reason."

Rhodes said he is hopeful nothing like Charlottesville will happen in Richmond.

"This is just average gun owners and average Virginians coming out to support them," Rhodes said. "It has nothing to do with white nationalism."

On YouTube, a Georgia militia called the Three Percent Security Force claims the governor has already mobilized the National Guard.

RELATED: This Virginia Republican urges people to give their friends guns for Christmas

But Gov. Northam denied the claim.

Virginia Citizens Defense League President, Philip Van Cleave, is urging protesters to bring only their legal, concealed handguns, and to leave their rifles, body armor and camouflage behind.

"This is a public thing, we have no control over who shows up," Van Cleave said. when asked if any groups were unwelcome.

Van Cleave has been meeting with Capitol Police in hopes of heading off trouble.

A police spokesman said it's legal to openly carry long guns and pistols on the grounds of the state capital. And if you have a valid conceal carry permit, you can take them many places inside the General Assembly.

Leaders of the new Democratic majority have hinted they may change that rule, too.