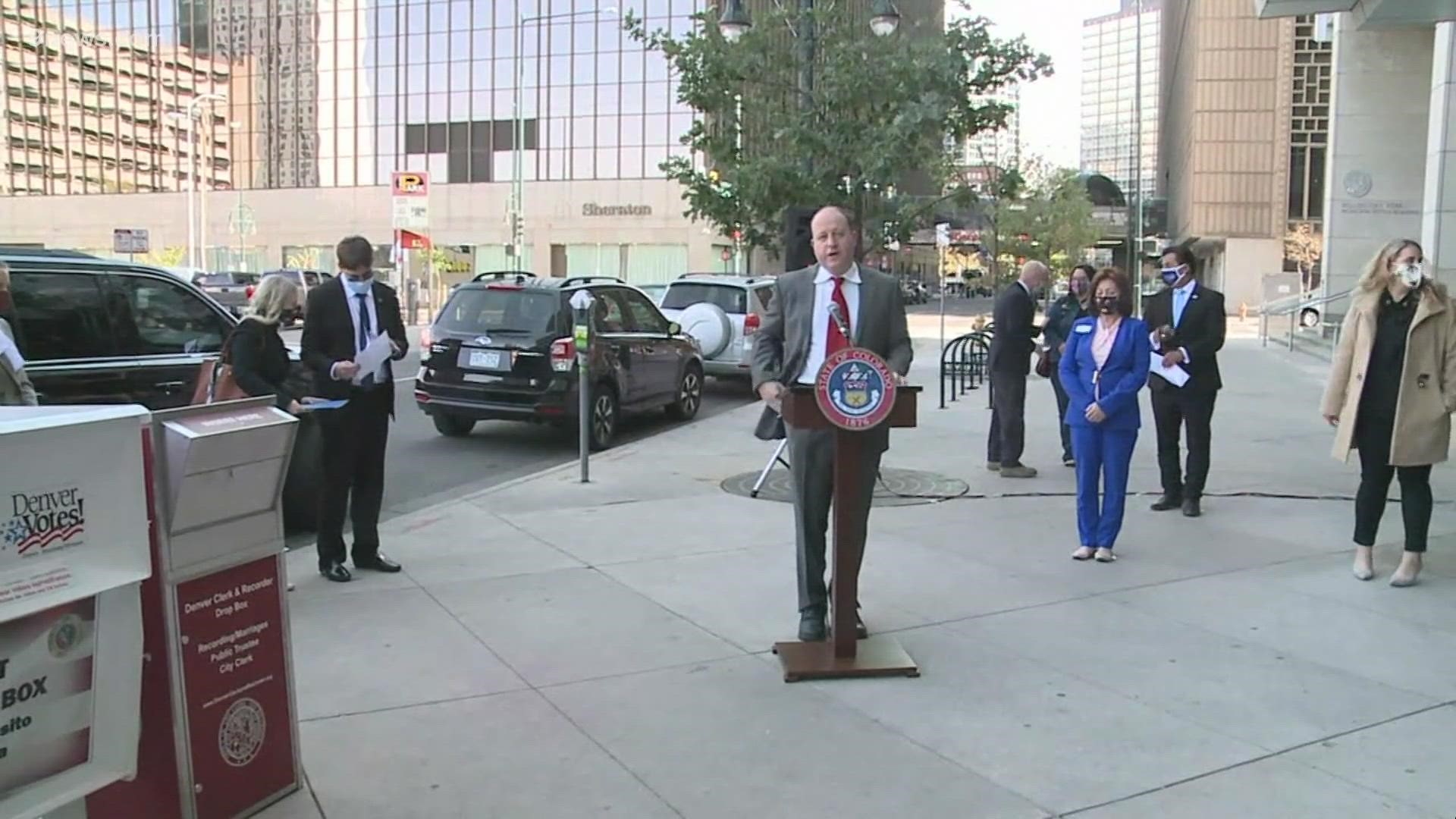 DENVER — Gov. Jared Polis (D-Colo.) and local elected officials stressed the importance of voting and assured voters of the integrity of the state's voting system spoke during a Thursday new conference ahead of the upcoming presidential and local elections on Nov. 3.

Griswold reported that 300,795 Coloradans have already cast their ballots for the upcoming election as of Thursday, 24 times more than the number of ballots submitted at the same point in 2016.

That includes 139,382 registered democrats, 57,779 registered republicans and 100,801 unaffiliated voters, according to Griswold.

Officials also said during the news conference that they were very confident in the safety and security of the upcoming elections, including the mail-in voting process.

However, officials also said that suspected voter fraud, voter intimidation or any other voting-related concerns can and should be reported to the local sheriff's office or the local county clerk and recorder.

Officials said that 1st Amendment rights can be expressed by anyone who is at least 100 feet from a polling location or ballot box.

Griswold said there are 383 ballot drop boxes and 342 voting centers operating in the state for the upcoming election.

The news conference took place at 10 a.m. at the ballot drop-off box outside the Wellington Webb building.

Election Day is Tuesday, Nov. 3, but registered voters in Colorado began receiving mail-in ballots after Oct. 9, and Griswold said that all ballots should be received by Friday.

With national concern about the integrity of mail-in ballots, Colorado is getting national attention for its system.

Colorado began statewide vote by mail in 2013, although some counties adopted mail ballots before that.

RELATED: FAQS: Your questions about voting in Colorado, answered

RELATED: Test of Colorado mail finds delivery is timely, most of the time