You can still help your high-risk, elderly neighbors vote by volunteering

Local community groups, neighbors come together this election season, volunteering to help fellow Coloradans deliver their vote before the deadline. 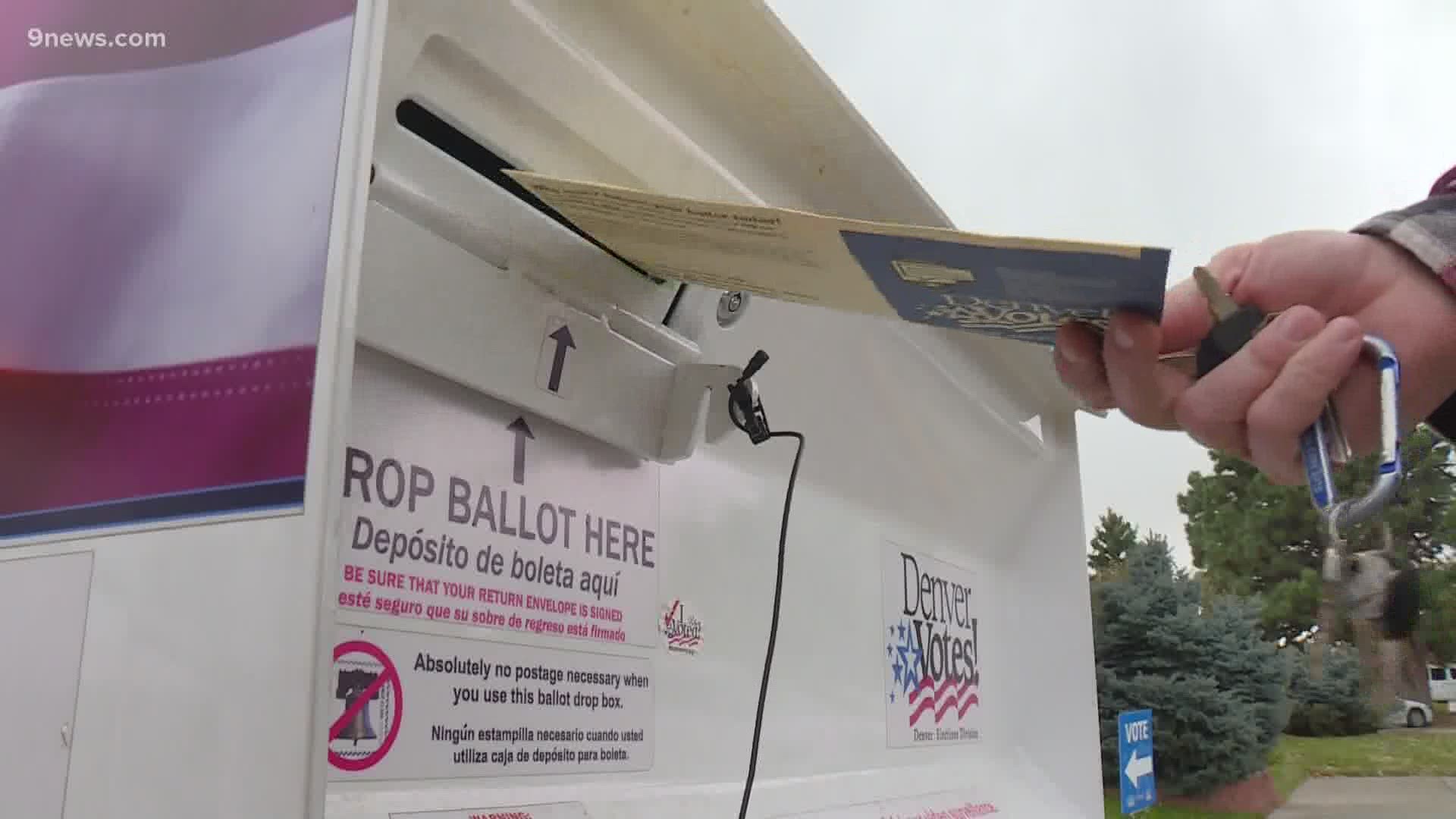 DENVER — Local advocates have been working around the clock to make sure anyone who can vote, does. Because your vote matters.

"One of the most important things we can do on this topic is remind people that one of the great powers we have, even when we feel powerless in a climate like this, is our vote," said Dr. Nita Mosby Tyler, founder of The Equity Project.

"The thing that I've been saying to communities across the state is, now is the time to be community," Dr. Mosby Tyler said.

Mom, local businesswoman and now community advocate Adya-Shere Walker has been putting that advice to work in Aurora and Denver this election season.

"The accessibility is crazy," Walker said. "There are just so many different barriers that I've seen that make me think, if we had not gotten involved, some people would not have even voted."

Two months ago, Walker started a virtual group called Black Parents of Denver. It wasn't about volunteering or voting. She started the group to connect families of color to community resources and to each other.

But with the election looming, and COVID cases in Colorado rising, Walker saw a chance for the newly-formed group of parents to be the resource to struggling or "on the fence" voters in the Black, Latino and senior communities.

When she asked if any of them would want to volunteer, educating voters and bringing votes to the polls, Walker said she was thrilled when lots of hands went up (virtually, of course.)

"People want to help right now! The issue has been, if you're not really engaged in the community, then you don't know where to go," she said. "This effort has been people that I've never even met before. Just people willing to help in our community."

So far, Walker says 30 parents have volunteered. State and county election guidelines stipulate that volunteers can bring up to but not more than 10 votes to the polls in any election. So Walker is constantly looking for more people to join their effort.

"Our main focus for the past week and a half has been the elderly," she said. "We're actually going into nursing homes. We're helping them fill out those ballots and get them to the polls. Some of them didn't even receive their ballots, so we have to come back and help them register."

Five days before Election Day, Walker said Black Parents of Denver have almost reached their goal of bringing 300 ballots to the polls.

"Your vote matters! But we have to believe that, right?" Walker said. "I'm a single mom with a 9-year-old. My vote matters just as much as the person that's making $100 million. It's the same. I don't care who you vote for, just vote!"

The election may be only days away, but it's not too late to help your fellow voter. Especially now that ballots can no longer be mailed.

Black Parents of Denver is looking for more volunteers to help deliver ballots to the voting box ahead of Election Day.

Or, visit them on Facebook at Black Parents of Denver or Metro Area Voter Care Team.