A $16 million increase for operations was turned down, but a $515 million bond issue for buildings was approved. 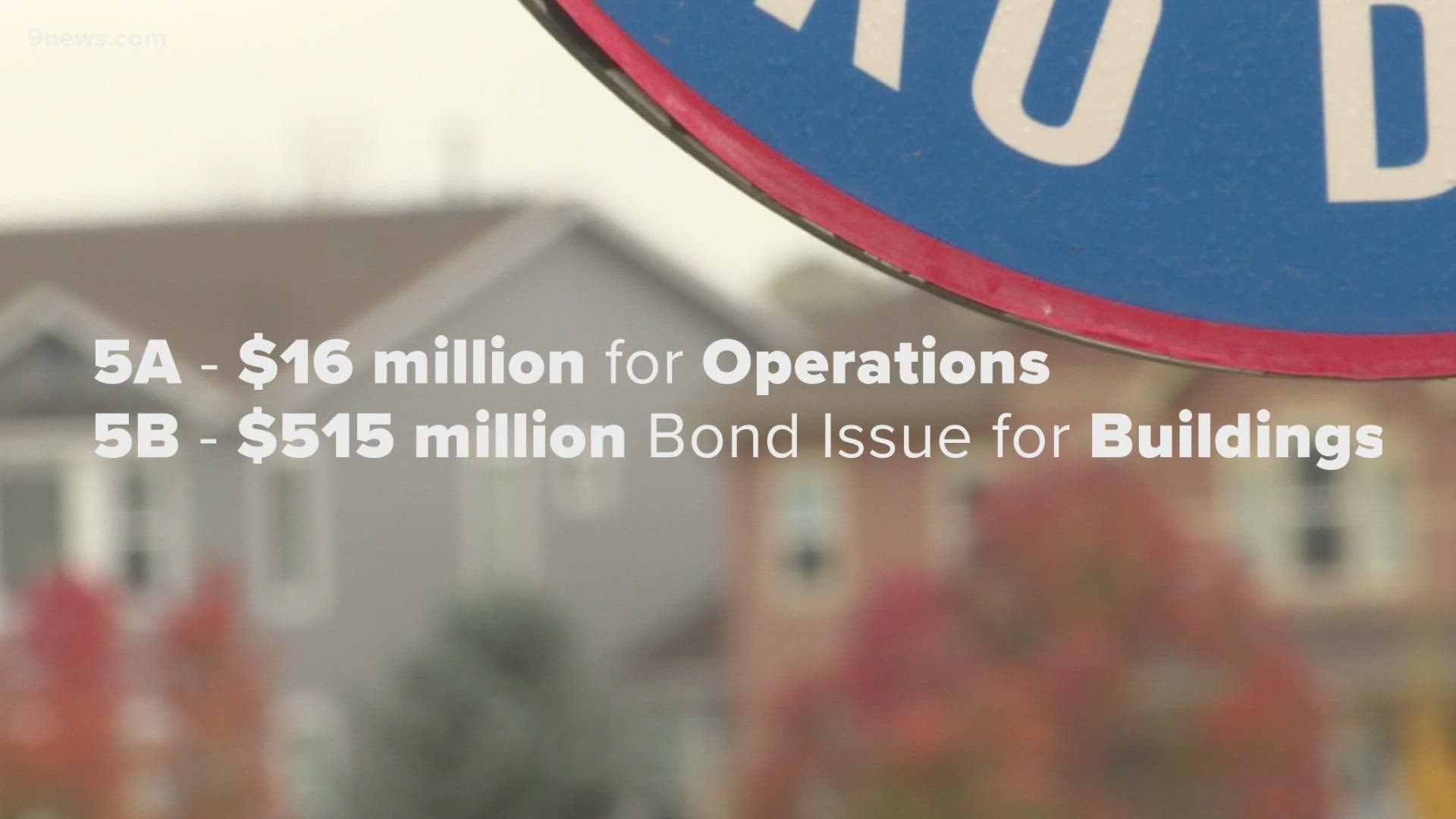 "You can see that our numbers are growing," Asmus said.

The school district based in Brighton also covers parts of Commerce City and Thornton. In areas around the district, new subdivisions are adding homes and potential students every day.

In Tuesday's election, District 27J asked voters two ballot questions: 5A would increase property taxes for $16 million more funding for operations. 5B would approve a $515 million bond issue to pay for the construction of at least five new schools and renovations across the district.

On Election Night, 5B passed by 1,130 votes, but 5A lost by 897 votes, offering the district a split decision.

"Teacher salaries, recruiting and retaining high-quality staff was not prevalent in their mind," Asmus said.

She said schools will have to cut back even further after the election loss.

"Even though the mill levy did not pass with voter approval, the problems don't go away," Asmus said.

But, Asmus is hopeful after the election win.

"The issue of overcrowding and our growing and expanding school district was more prevalent, so people did understand that," Asmus said.

She believes enough people who voted no on Question 5A changed their minds and voted yes on Question 5B, which will now usher in a new era of more schools to keep up with all the new houses.

"We are now on pace to meet those needs, and it was really essential for our community to see that need so that we can turn the next corner in the journey of our school district and our community," Asmus said.

RELATED: Here's how many Coloradans voted in the 2021 election so far