South Metro Fire Rescue said 10 people ended up in the water after the boat capsized on Sunday. 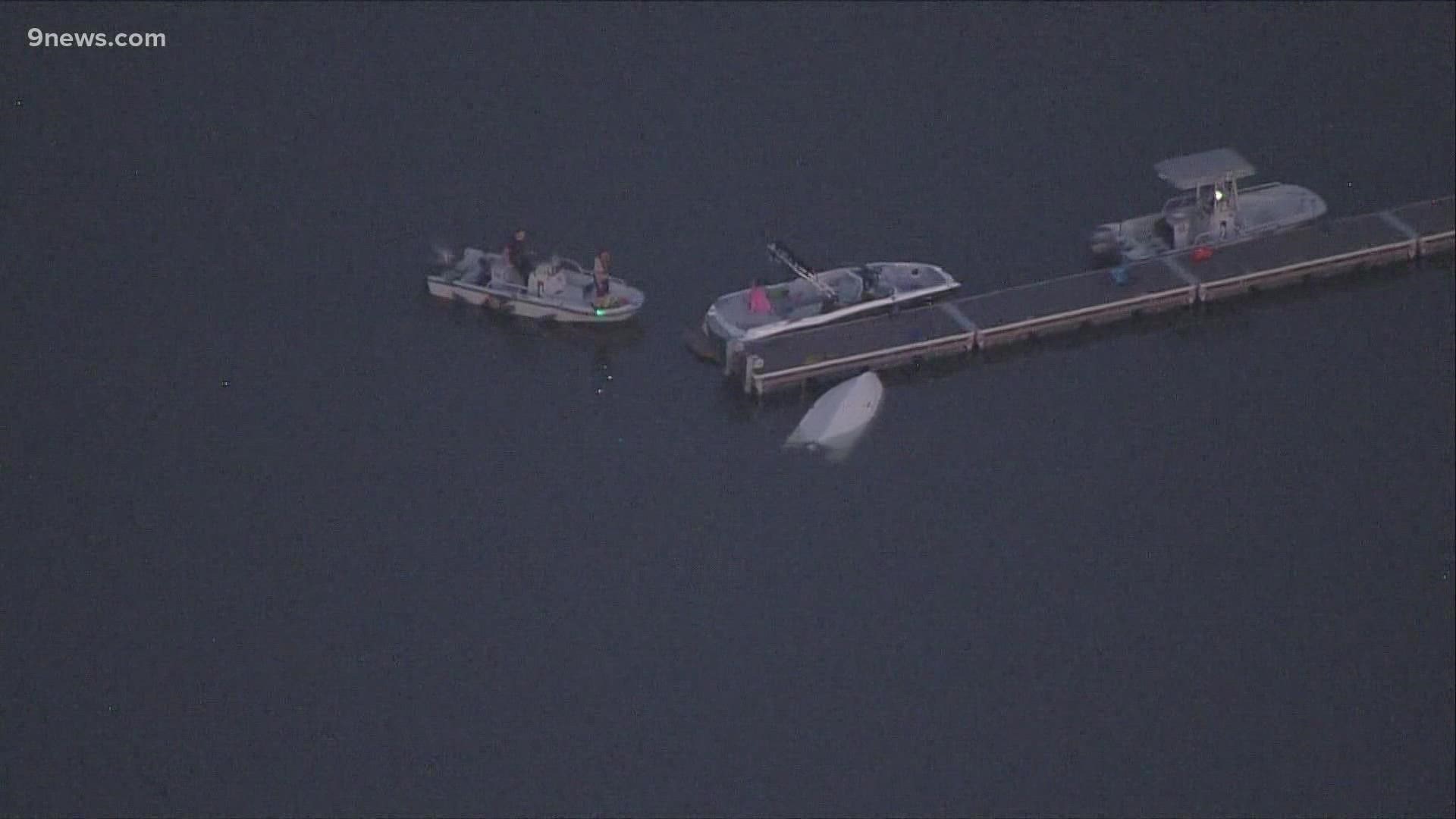 LITTLETON, Colo. — South Metro Fire Rescue (SMFR) confirmed Sunday evening that they were at the scene of a water rescue at Chatfield State Park.

According to the initial post from the SMFR Twitter account just after 7 p.m., four people had fallen in the water after a boat capsized at the lake.

SMFR later said a total of 10 people had been in the water and one person was transported to a hospital nearby. It is unclear if that person suffered serious injuries.

SMFR is on scene of a water rescue at Chatfield State Park. Initial reports indicated that boat capsized and 4 people were in the water. Updates to follow. pic.twitter.com/oJqCN61Cn2

Everyone is now out of the water, SMFR said.

All parties are out of the water. Beginning information states 10 people were in the water after a boat capsized. One person was transported to a nearby hospital. pic.twitter.com/kten8ygkT4

This is a developing story and more updates will be added once they are received.

RELATED: High-flowing rivers lead to rescues on the Poudre River in Fort Collins

RELATED: No injuries after 2 boats tossed from Grand Lake during microburst

RELATED: Search at Garrison Lake for 'person in distress' ends without finding anyone

RELATED: Colorado state parks are open, but you should still social distance