Weeks after protests began, here are the changes we've already seen and what change activists want to see next

Demonstrations continue in Denver and around Colorado as protesters say there's still a lot left to fight for. 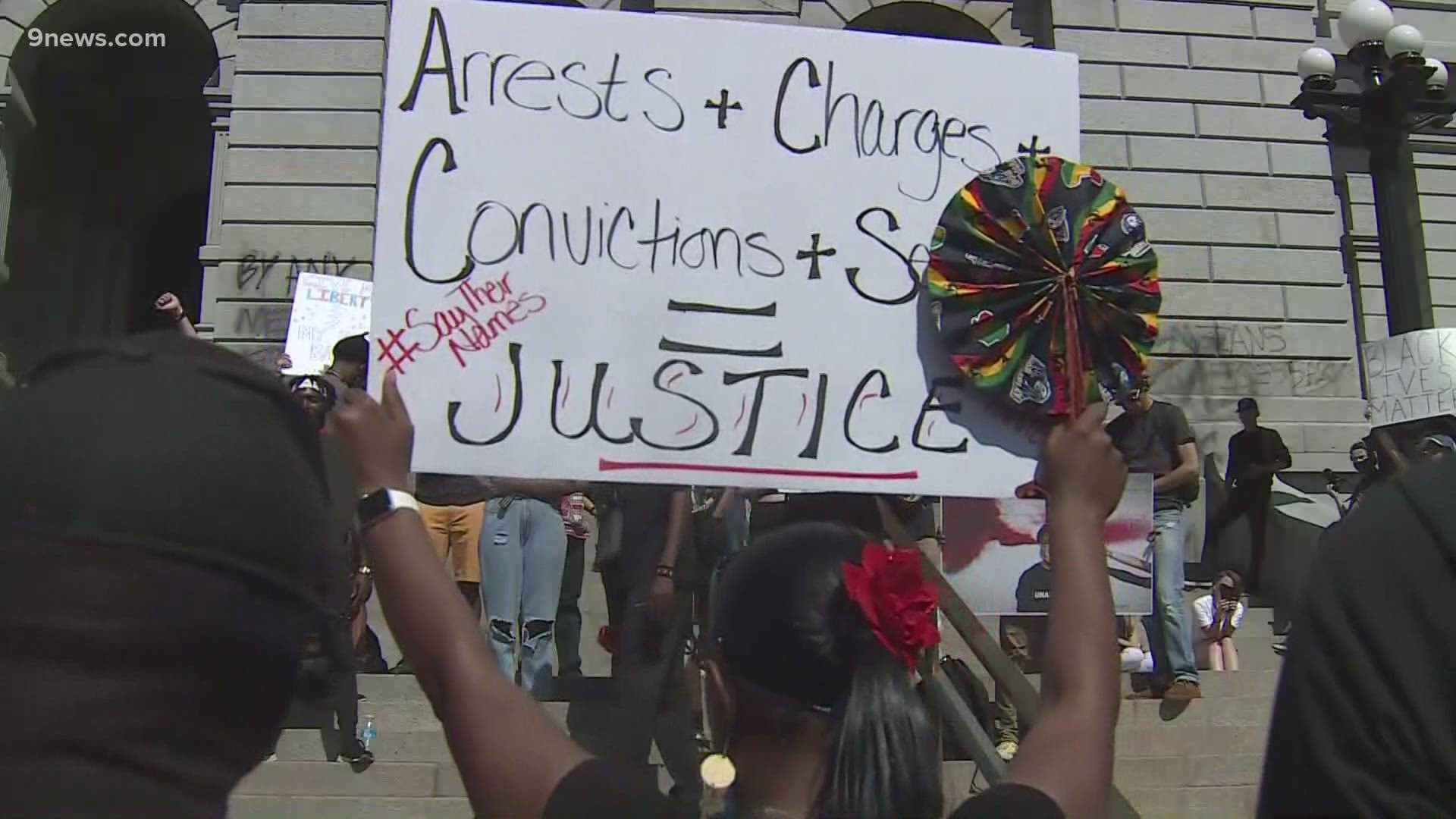 DENVER — Protests in Colorado over police brutality and racial injustice are already beginning to create change.

What started weeks ago in Denver with violent clashes with police has led to change beginning to emerge in the state Capitol, in schools, and with police around the state.

A police accountability bill is on its way to the governor’s desk, passed by the House and Senate this week. Senate Bill 217 would enact a range of reforms from eliminating chokeholds and allowing officers to be sued for liability to creating new body-worn camera standards.

Denver Police also announced it is making three "significant" changes to its use of force and body-worn camera policies.

In schools, the Denver Public Schools Board of Education approved a plan to remove Denver police officers from schools.

Anderson now says one of his goals is to change the name of the Stapleton neighborhood. He tweeted Saturday that if Stapleton doesn’t change its name in the next week, protesters will begin marching in the area.

Stapleton's namesake is for a former Denver mayor who had connections to the KKK. The neighborhood has put the decision to change the name to a vote in the past, but the votes have failed.

"With the time that we are in right now, Denver cannot be honoring anybody that has any association with the Klan, any sort of racist history or background. That’s why it’s time for Stapleton to go ahead and change their name," said Anderson.

Amanda Allshouse is the president of the Stapleton United Neighbors registered neighborhood association. She says the group is already in the process of coming up with a list of potential new names.

"We’ve definitely heard a resurgence in the demand for a different name in this community," said Allshouse. "What I would like to see is a bracket style vote where we start with the entire set and narrow it by half until the name with the most support emerges at the end."