The crash happened near Weld County Roads 29 and 72, which is north of Greeley. 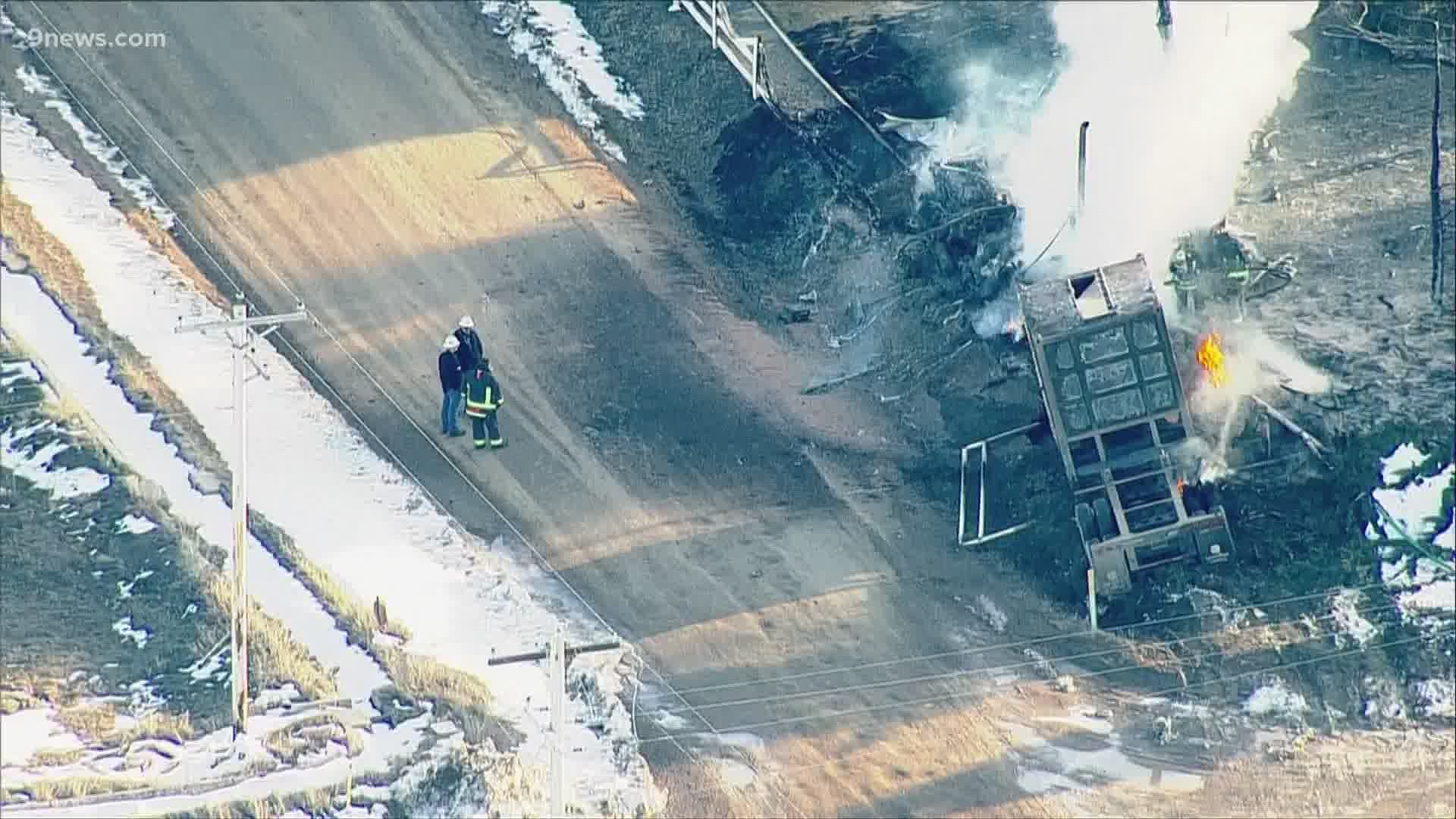 WELD COUNTY, Colo. — The Eaton Fire Department is investigating an explosion on Thursday after a sandbox semi-truck collided with a natural gas pipeline leading to an explosion near a home in North Greely.

The semi driver, a 40-year-old man, was transported to the hospital by a citizen, said Colorado State Patrol (CSP). The truck was not carrying anything explosive or hazardous at the time, according to CSP.

No other vehicles, property or people were injured or damaged during the incident.

A representative from DCP Midstream said it was their valve that was hit and that it has been isolated.

Fire units with Greeley, Windsor, Ault and Eaton all responded to the explosion, Greeley Fire said.

> This is a developing story. Check back to 9NEWS and 9NEWS.com for updates.