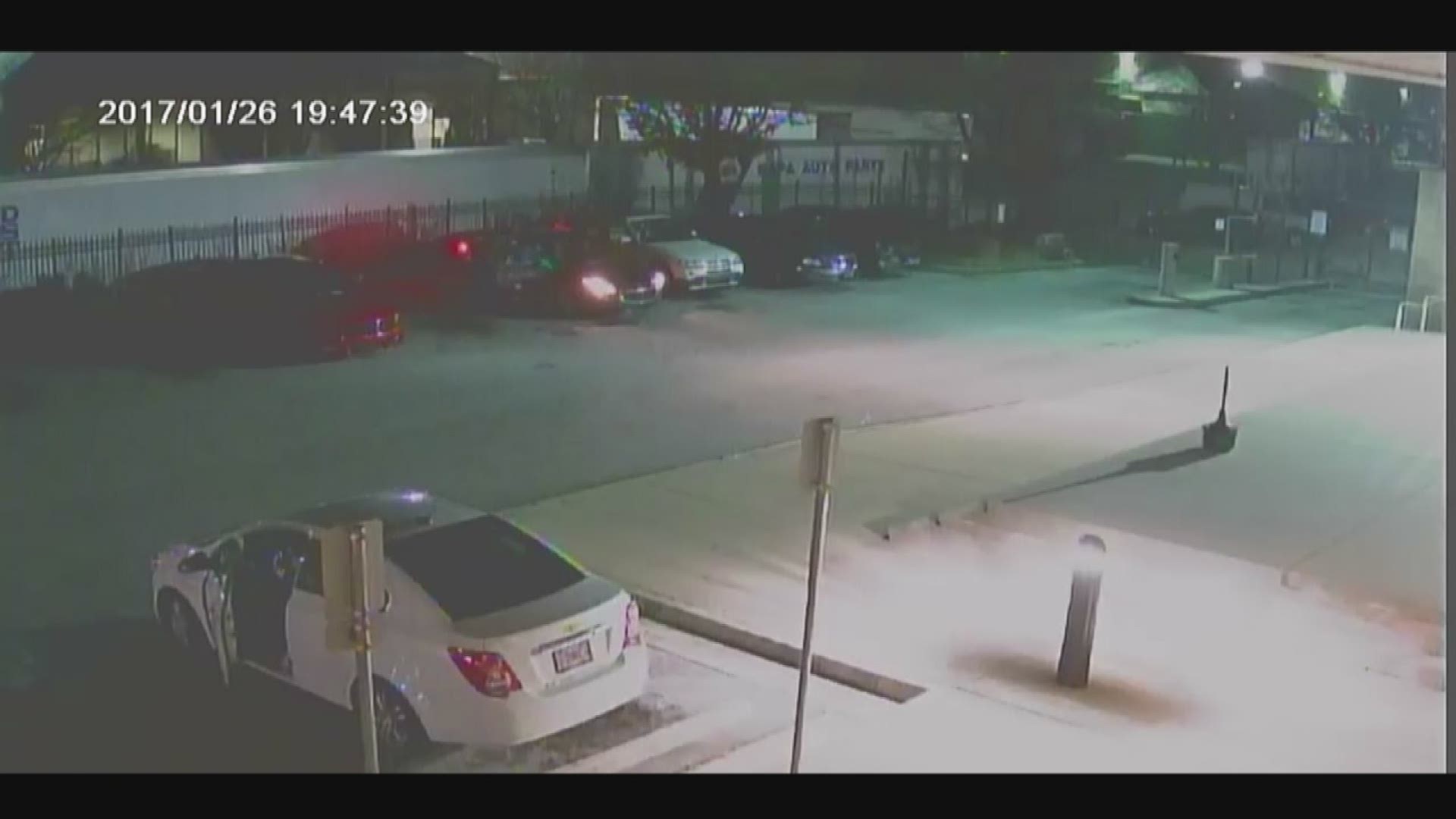 An Atlanta Police officer shot and killed 24-year-old Deaundre Phillips during a confrontation outside the annex on Jan. 26.

According to police reports, two investigators, Yasin Abdulahad and El Maik Roberson, arrived at the annex on that Thursday evening to complete paperwork when they discovered what they called a "suspicious person in a car." Investigators said the car had the aroma of marijuana coming from it, and when Abdulahad and Roberson tried to remove Phillips from the car, he tried to drive away.

The Phillips' family attorney, Chris Stewart, says the police officers clearly lied in their account of what happened, and, he says that can be corroborated by the video. 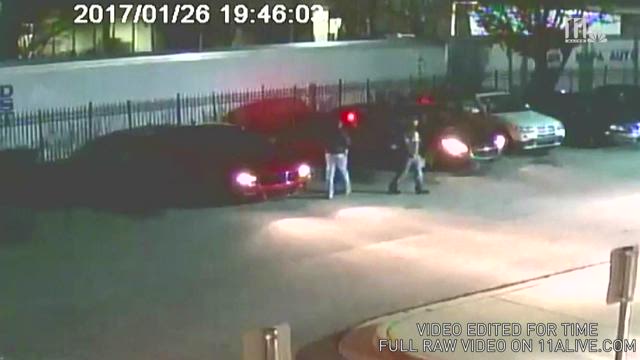 The following sequence of events is what can be seen in the surveillance footage. The timestamp information is also provided.

19:44:45 - A second vehicle, red in color, drives into the lot, and parks two spaces away. An empty parking space is between the two vehicles.

19:45:52 - Two men, later identified as off-duty Atlanta Police officers, get out of the red vehicle and walk toward the darker vehicle. They begin an apparent conversation through the passenger-side window.

19:47:25 - One person backs away from the dark-colored vehicle and places an item on top of the red vehicle.

19:47:25 - At the same time, the passenger side of the dark-colored vehicle appears to open and a person -- later identified as Phillips -- appears to stand from within.

19:47:35 - A flashlight being held by the two persons outside the dark vehicle falls to the ground.

19:47:52 - A witness, standing toward next to the white car at the bottom of the frame, dives toward the ground.

19:47:53 - The second person running down the roadway moves out of view of the surveillance camera. 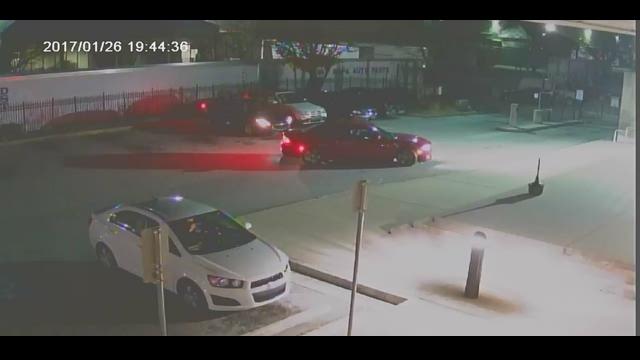 Police said Phillips, the father of a 5-year-old child, was a known gang member, affiliated with the Crips street gang. The allegation was strongly denied by the family's attorney.

In a news conference shortly after the shooting, the Phillips' attorney said that not only was that allegation false, but the entire narrative presented by investigators was also false. The family demanded that police and the Georgia Bureau of Investigation -- who had taken over investigation of the incident, as is customary with all officer-involved shootings -- should immediately release associated videos of the incident.

According to the original press release, Abdulahad was halfway in the vehicle being dragged when he fatally shot Phillips, but the surveillance video does not appear to show that.

1 / 7
<p>Officials are investigating after a suspect was killed in an officer-invovled shooting.</p>

In a Friday afternoon news conference, Stewart showed an enhanced version of the video, where he said the officer can be seen climbing into Phillips' vehicle.

"For some unexplainable reason, the officer jumps into the vehicle against all policy and procedure," Stewart said. "The door shuts completely with the officer in the vehicle. Then, off screen, he shoots Mr. Phillips in the head -- not the neck."

Family members grew emotional as the final moments of the video played out on the video screen.

Stewart says the GBI investigation is almost done. After that, the Fulton County District Attorney's office will decide whether or not Abdulahad will face charges.