What happens when people get way too close to wildlife

Tourists at Yellowstone National Park are being criticized for what they did with a baby bison. They found the calf and thought it looked cold, so they put it in their vehicle. 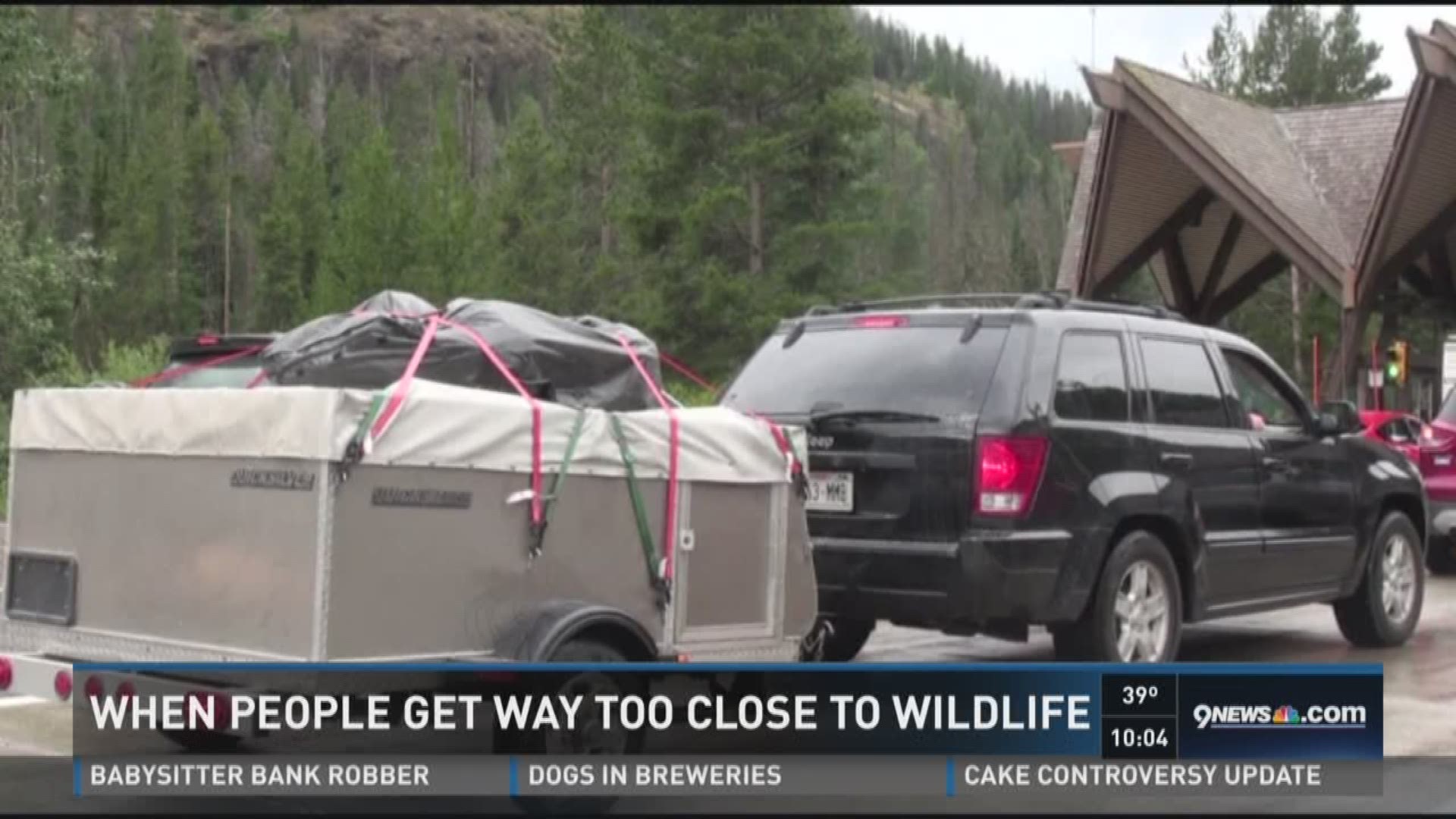 Tourists at Yellowstone National Park are being criticized for what they did with a baby bison. They found the calf and thought it looked cold, so they put it in their vehicle.

When park rangers tried to take the calf back to its herd, it was rejected and abandoned. The calf had to be euthanized because it kept approaching people and cars along the road.

"I know it was something that was done as a last resort," said Vanessa Lacayo, with the National Park Service.

The National Park Service explained the bison calf at Yellowstone was too young to forage on its own and in order to take the calf out of the park, it would have to be quarantined for months. Right now, there are no approved facilities able to do that.

With just two weeks until Memorial Day weekend, wildlife experts are asking people to keep their distance from wild animals to avoid the situation they saw play out with the bison calf.

As you trade the plugged-in life for the great outdoors, chances are you'll see an animal or two.

There are rules on how close you can get to wildlife at National Parks. If you see a bison, elk or deer, you have to be at least 25 yards away. For bears and wolves, that distance jumps to nearly a football field.

"Leave the animals and leave the wildlife alone because it can cause a serious, dangerous situation for them, their families. If you have the calf's mom who came out right as they were putting the calf in the car, who knows what might have happened," Lacayo said.

Last year, Yellowstone visitors got too close to a protective mother bear and her cubs. The tourists had to run away. No people or bears were injured.

"I think folks forget even though they're at a National Park Service, these are still wild places and they need to be particularly careful when dealing with wildlife," Lacayo said.

It's not just in the great outdoors where you need to keep your distance. Last August in Colorado Springs, a woman was arrested for feeding bears in her backyard.

Those animals were euthanized since they no longer feared humans and looked to people to provide food.

As you head outside, remember to leave wildlife alone.

"These are wild places. These aren't amusement parks," said Lacayo.

If you do see animals, walk slowly and don't make any sudden movements. Never chase wildlife to get a better view or picture and of course, don't feed the animals.