When Colorado lost a major overpass

Motorists in Atlanta are wrangling with a difficult proposition – a major interstate shut down indefinitely after a raging fire heavily damaged an overpass, leading to its collapse. But while the situation is unusual, it’s not unheard of – especially for longtime Colorado residents. 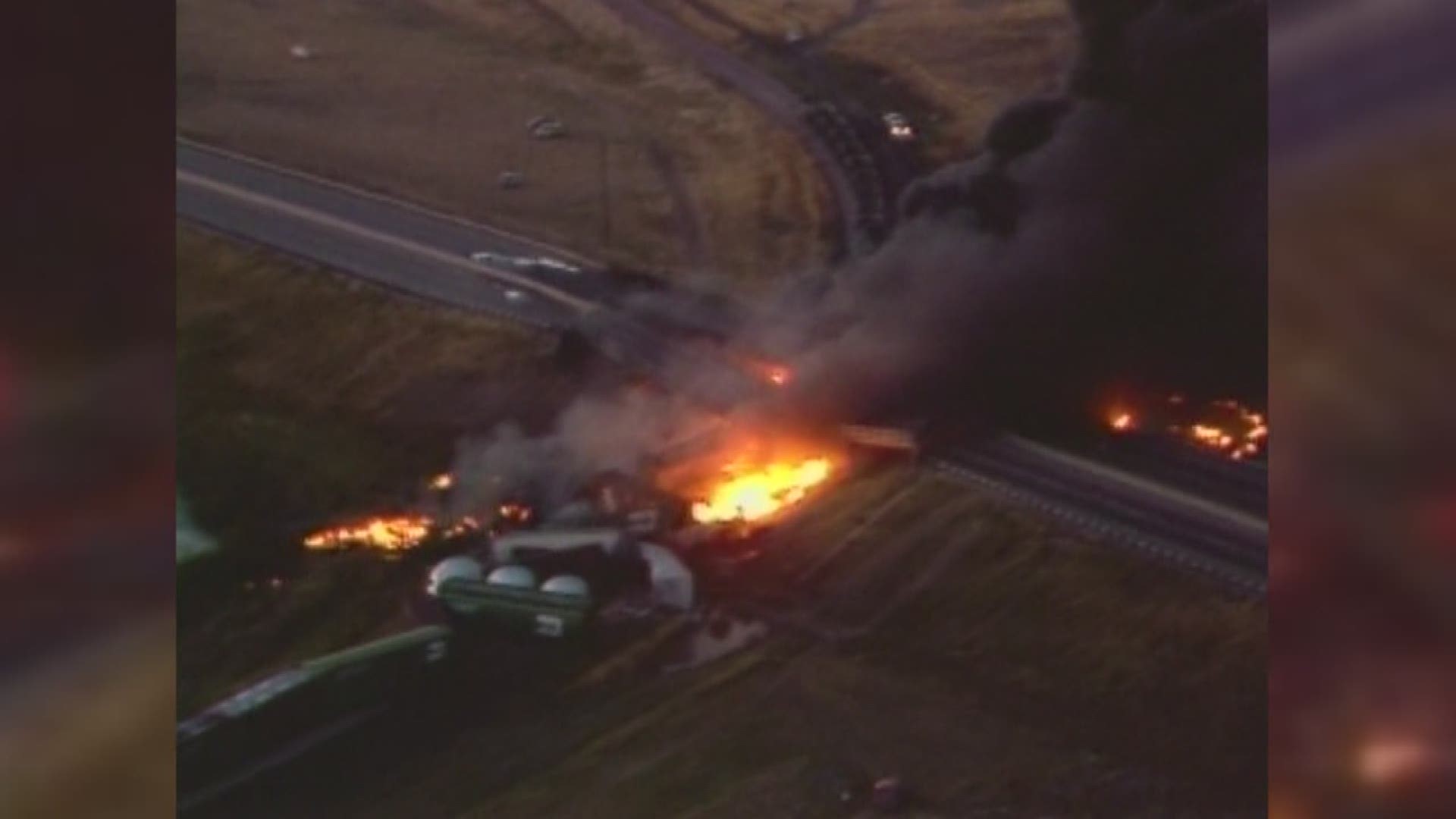 Motorists in Atlanta are wrangling with a difficult proposition – a major interstate shut down indefinitely after a raging fire heavily damaged an overpass, leading to its collapse.

But while the situation is unusual, it’s not unheard of – especially for longtime Colorado residents.

The evening of Aug. 2, 1985, two Burlington Northern trains collided head-on beneath a U.S. 36 overpass in Westminster, igniting a fireball that could be seen for miles and heavily damaging a bridge then carrying 37,000 vehicles a day.

Five train crewmen perished in the crash, which occurred on a clear evening.

A crew member in each train’s caboose survived uninjured.

A northbound freight train was going 52 mph, investigators later determined, when it approached a curve in the tracks that went under the highway just north of what today is the Church Ranch Boulevard exit. A southbound gravel train approached the curve going 48 mph.


The combination of the curve in the tracks and the embankment on either side of the overpass meant neither train’s engineer could see the other until it was too late.

The collision was so violent it hurled train cars off the tracks, some of them smashing into the supports of the highway overpass. The ensuing fire reduced the bridge to a teetering mass of steel and concrete that collapsed during cleanup efforts.

Within days, crews built a temporary road around the scene of the accident, erecting a stoplight at the tracks. They then began the months-long process of replacing the bridge on U.S. 36.

Today, motorists traveling on the highway see no reminders of the tragedy that unfolded there more than 30 years ago.

The National Transportation Safety Board concluded that the collision was the result of several factors – most notably, the failure of a crewman on the northbound train to properly read a log at a previous stop. His mistake lead him to believe the southbound train had already passed. The NTSB also faulted the train’s conductor, who didn’t correlate that information with a train schedule, which should have made it clear the southbound train hadn’t yet arrived.

Both trains were also going faster than they were supposed to – the southbound train, for instance, was supposed to be moving at no more than 30 mph but was actually traveling 48 mph.