Where all that construction rubble goes

While Denver's metro grows, old buildings come down to make way for new ones. 9NEWS follows along with the remains of demolished buildings to see where that rubble ends up. 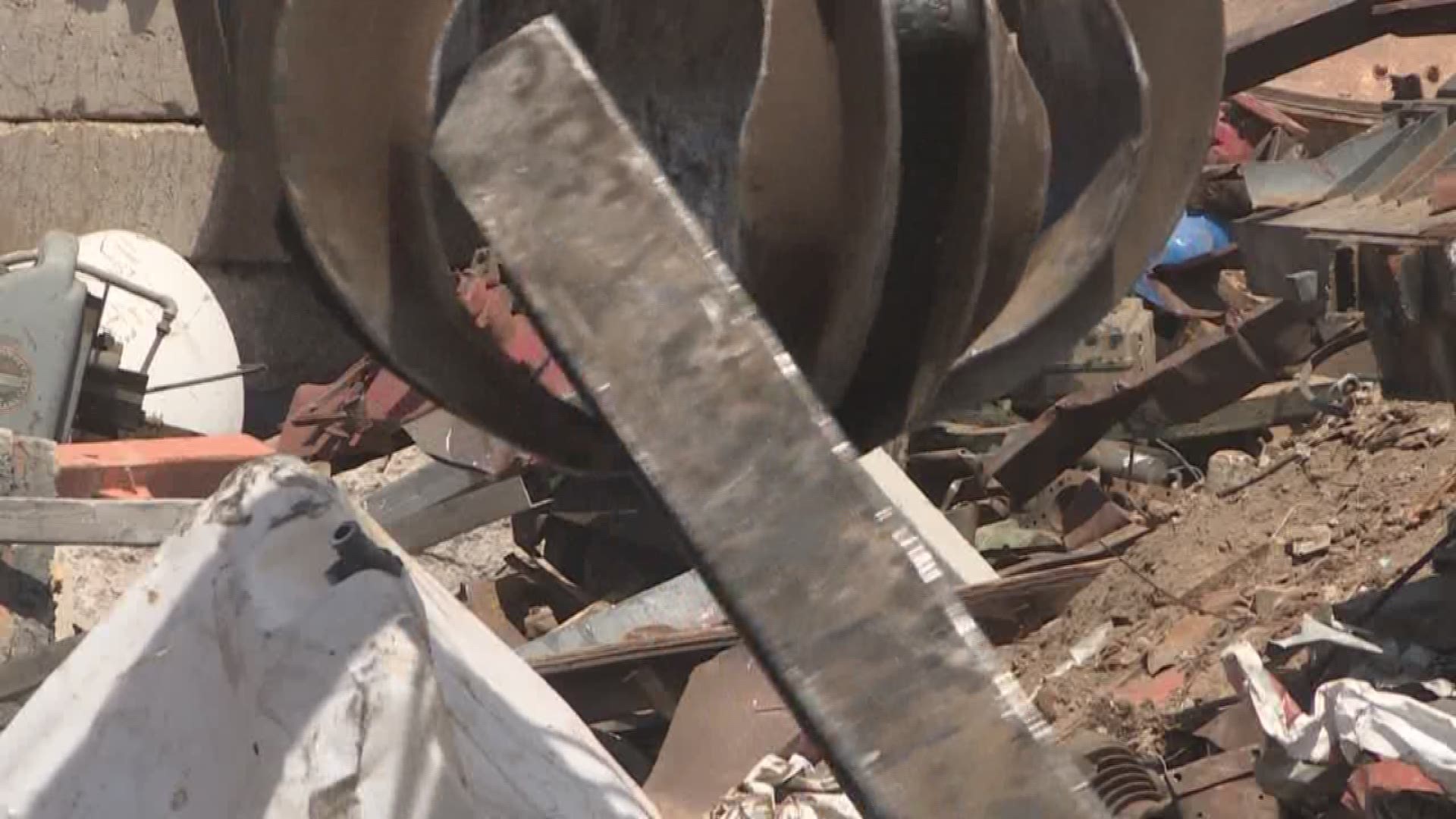 Denver — DENVER - Before all the new Denver buildings go up, the older buildings they replace must come down. So what happens to the tons and tons of rubble that get taken away from those construction sites?

Quite a bit is recycled.

Rocky Mountain Recycling is one place in the metro area where the rubble from torn down buildings ends up. Every month 20-28 million pounds of steel is sorted by cranes and goes into a machine called a guillotine.

"Material goes into the hole and it sheers it just like a guillotine," said Brian Hennessy, the vice-chair of Rocky Mountain Recycling.

Hennessy said the steel is mostly shipped by train to other parts of the western United States and a lot of it stays right here in Colorado to be used for new construction.

"The cost to transport one ton of steel is less expensive to keep it closer than shipping it let's say to China or Japan or Malaysia," he said.

They used to send more metals on ships to China, but because of stricter recycling policies there, Hennessy said they had to change how they do business this year.

"It's really a large shift, you could say it's a proverbial paradigm shift," he said.

Alpine Waste and recycling receives household recyclables, but instead of sending paper to China, they've had to change practices as well.

“They have gotten much tougher with their tariffs and more stringent with their recyclables," said John Griffith, the president of Alpine Waste and Recycling.

When it comes to demolished buildings, not everything can be recycled. For example, sheetrock goes to a landfill.

The demolition company, Fiore and Sons Inc., said they try to sell things like heating and air conditioning units and generators before they demolish a building. Those often end up in developing countries.