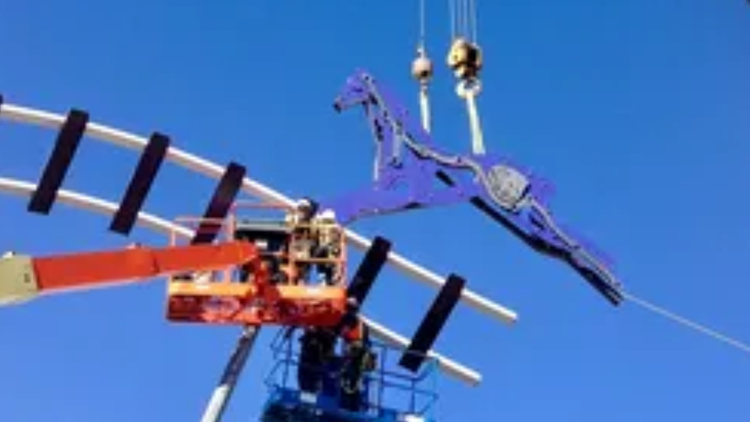 Photo by: City of Loveland

LOVELAND, Colo. — Northern Colorado commuters, say goodbye to Equinox, the giant sculpture of three horses galloping along a ribbon of railroad tracks at the intersection of Interstate 25 and U.S. Highway 34.

At least for now.

The 5-story-tall sculpture, put in place in 2014 on the northeast corner of the interchange, will be taken down in the next couple of weeks, according to the city of Loveland.

That's because the interchange is being redesigned as part of the North I-25 Express Lanes Project, which will widen I-25 between Mulberry Street in Fort Collins and south Loveland. The sculpture will be placed in storage "until a new location can be selected," according to a city news release.