The fire was reported to be between 3.5 to 5 acres with zero containment, according to emergency dispatchers. 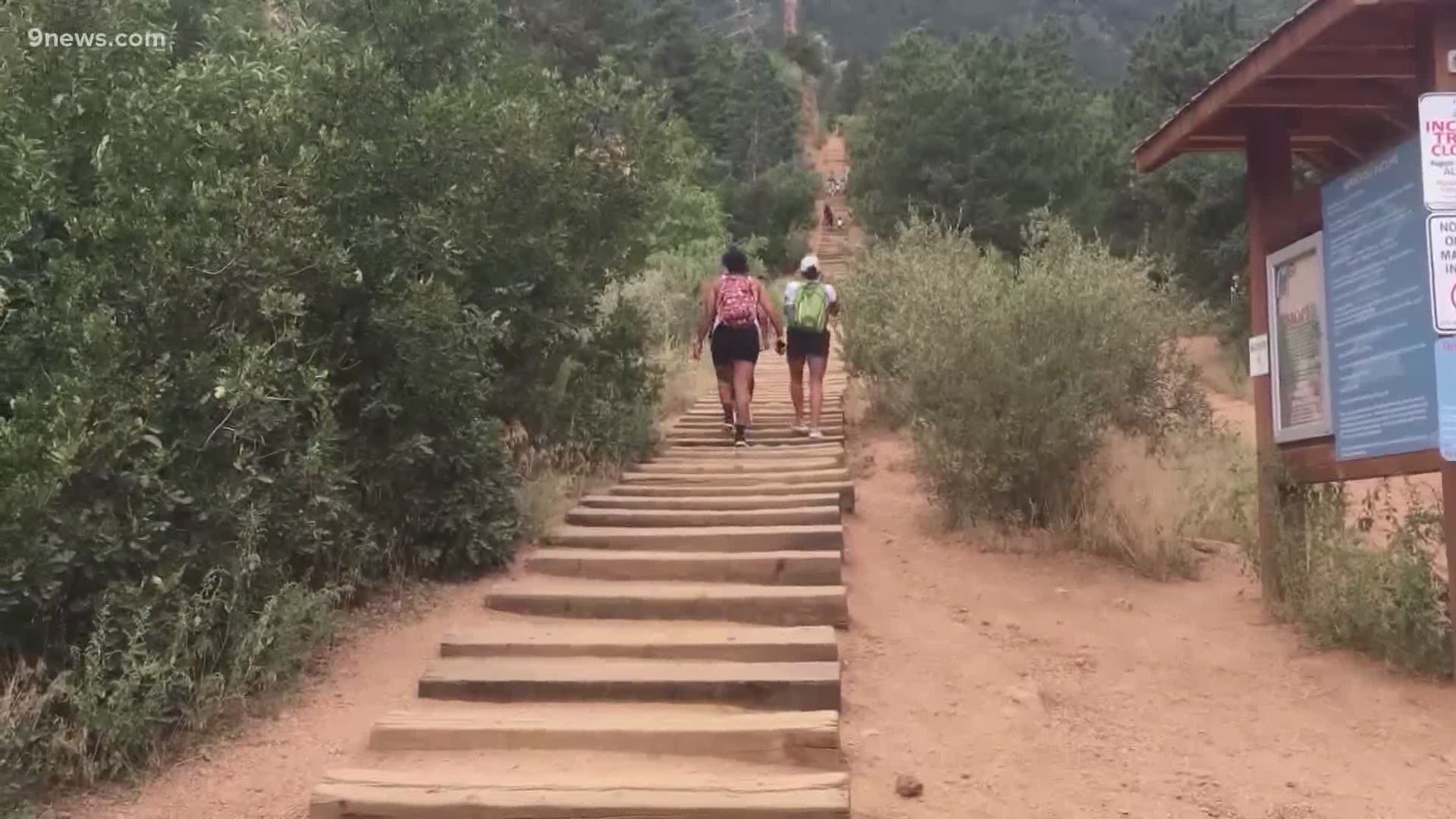 MANITOU SPRINGS, Colo. — Deputies are looking for an arson suspect after a wildfire was reported near the Barr Trail in Manitou Springs on Thursday afternoon.

El Paso County Sheriff's Office said deputies are looking for a white man in his early 40s. He was seen wearing a white t-shirt with a gray hoodie tied around the waist, wearing gray pants.

> The video above aired in May 2020 and looks at a proposed reservation system for the Manitou Incline.

According to emergency dispatchers, crews initially requested at least one Type 1 helicopter, which can carry up to 700 gallons of water. The Incline was closed off as firefighters worked on extinguishing the flames.

> Continue reading this story at KRDO.

RELATED: 2020 brings highest levels of air pollution the Denver metro area has seen in a decade