The fire was burning near Hiddenbrook Court which is southeast of Chatfield Reservoir in unincorporated Douglas County. 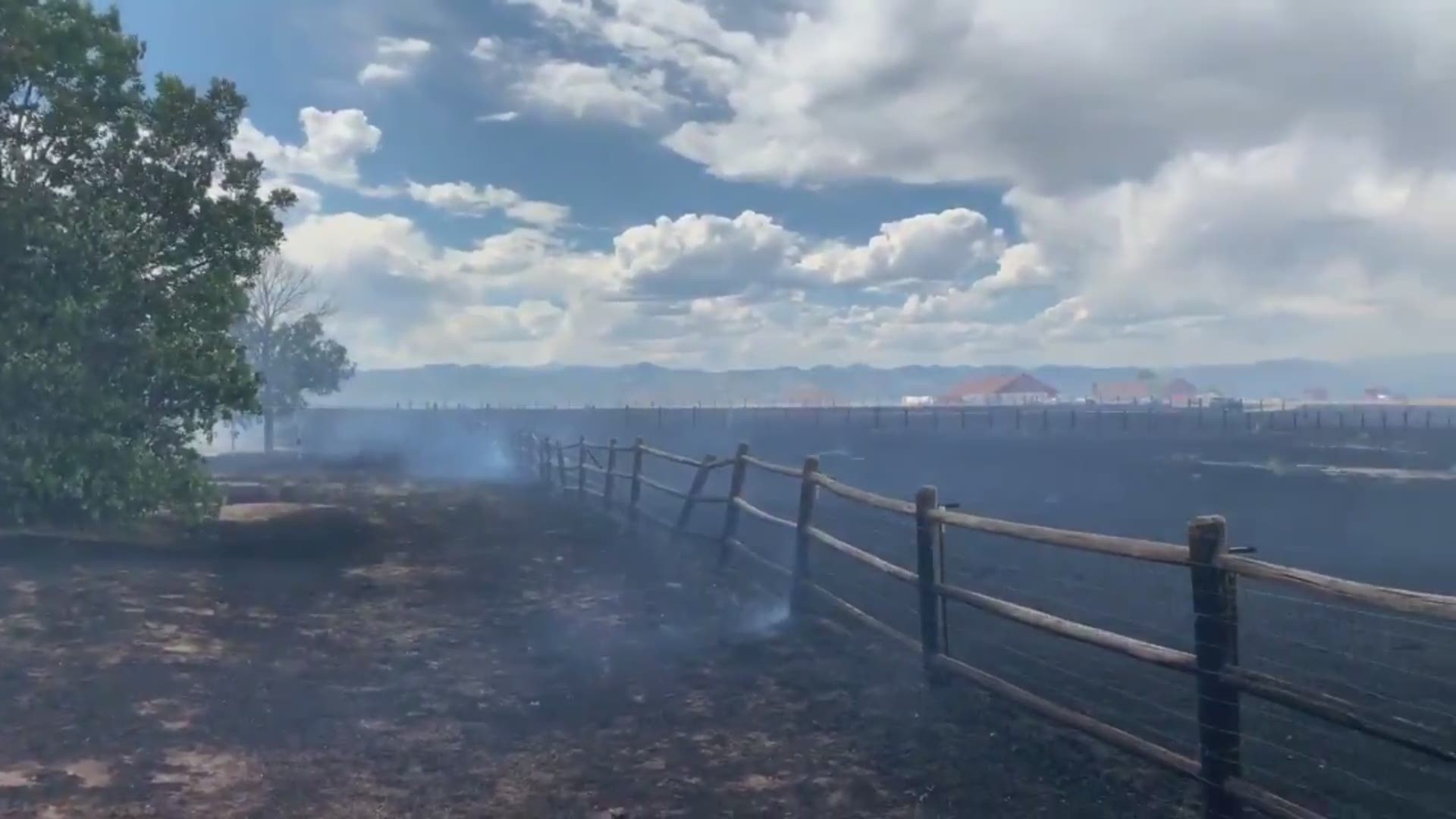 DOUGLAS COUNTY, Colo. — South Metro Fire Rescue has gained control of a brush fire that was burning near Hiddenbrook Court, which is southeast of Chatfield Reservoir in unincorporated Douglas County.

South Metro said about 18 acres burned between Chatfield Drive and the Back Country subdivisions. No injuries were reported and crews will monitor hotspots overnight.

Four homes were threatened as well as several outbuildings, South Metro said, but a shed is the only thing that sustained damage.

RELATED: I-70 closed, No Name evacuated as brush fire burns in Glenwood Canyon

Firefighters have gained control of the fire perimeter and forward progress has been stopped. Crews are continuing to put out spot fires on fence posts and vegetation. No injuries. pic.twitter.com/qLoupMrcjz

South Metro is responding to a brush fire off of Hiddenbrook Ct. in Unincorporated Douglas County. Updates to follow. pic.twitter.com/0MlZE7HXAe