South Metro Fire Rescue crews were at the park for another full day of containment efforts on Tuesday. 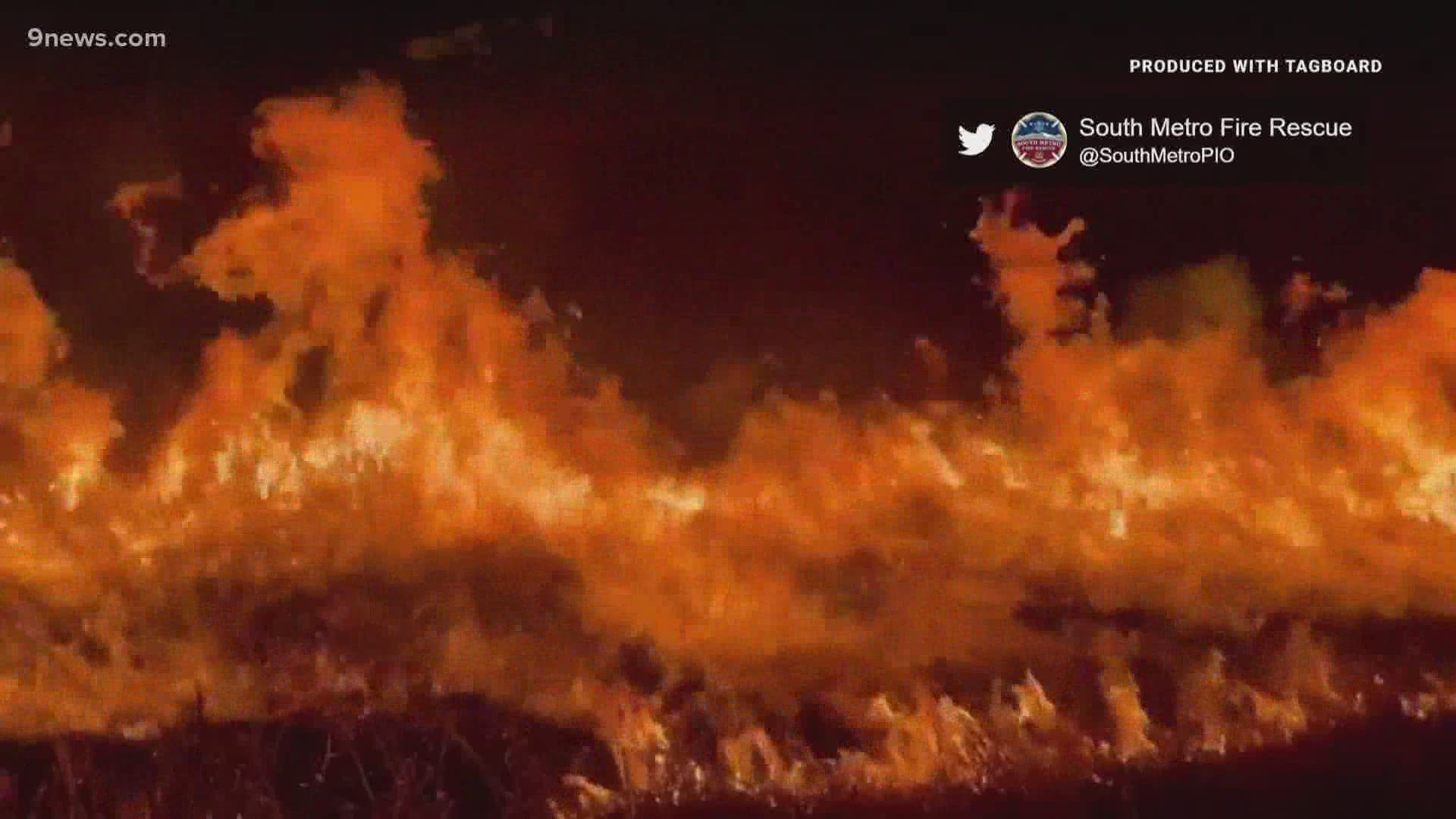 South Metro said containment of the fire, which was mapped at 202 acres, increased from 80% on Tuesday morning. Crews continued with another full day of fire extinguishment on Tuesday, South Metro said.

Nearby residents were advised they should continue to expect seeing smoke as crews mopped up in areas with trees.

Evacuations were ordered for homes on the west side of South Parker Road near the state park earlier Sunday evening after the brush fire ignited in the area, South Metro said. The entire area behind the east entrance of the park was also closed. That's near the intersection of Parker Road and East Quincy Avenue in Aurora.

South Metro said the easternmost fire line near the structures was controlled just before 6 p.m. and no homes were damaged, South Metro said. However, crews were still working on active flames on the western flank. Firefighters have been working against wind to contain the fire. 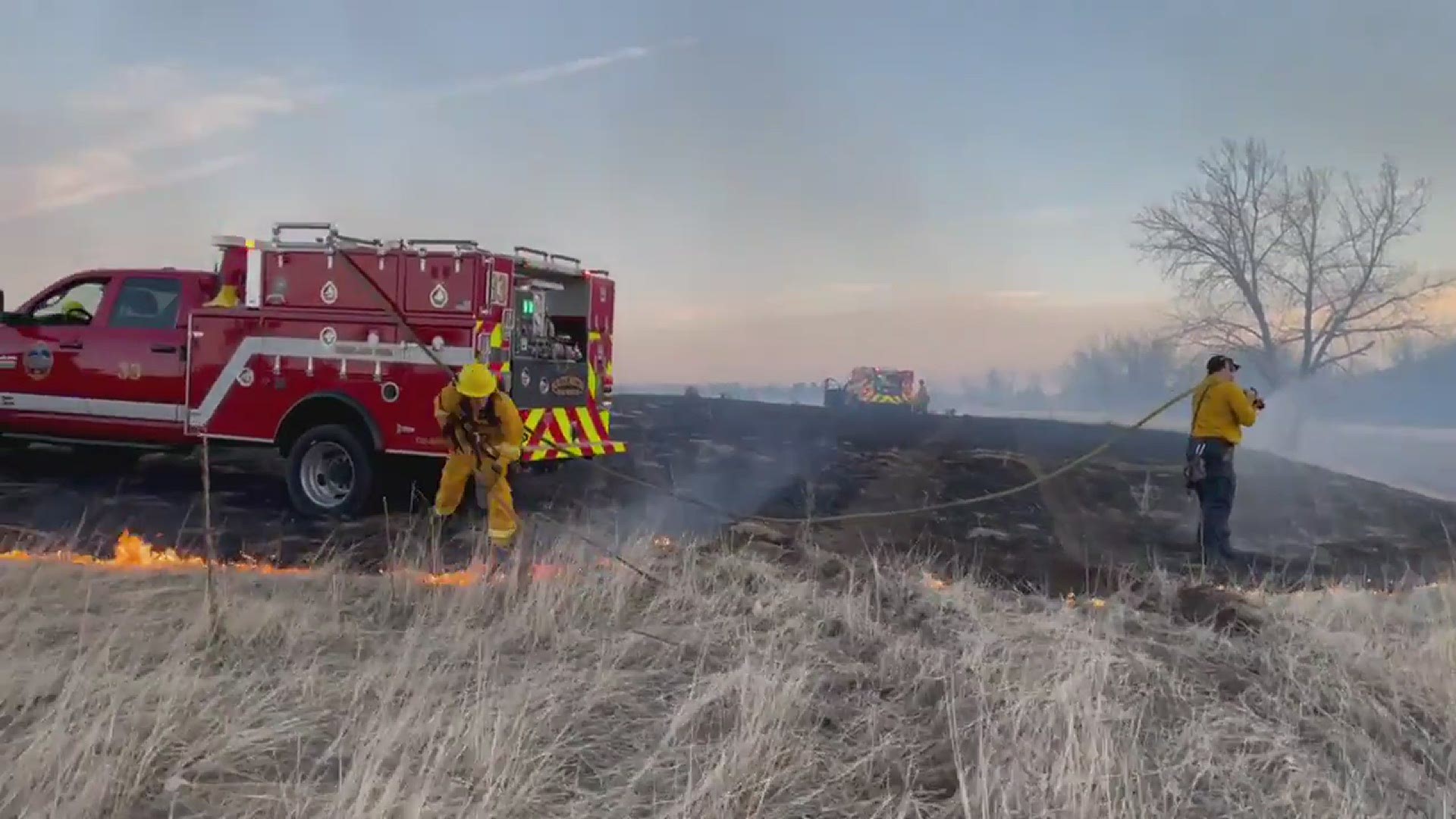 "The wind is fueling the northwest side of the fire, making suppression difficult and dangerous with embers getting into trees and causing branches to fall," South Metro said in a tweet.

Firefighters stayed at the fire overnight Sunday to continue mop-up and to put out hot spots that flared up from the wind. The fire had burned 234 acres, South Metro said.

A cause is still under investigation.

Crews are using fire to prevent the fire from spreading further. You’re looking at burn out operations - firefighters are using drip torches to light the grass and use the wind to our advantage. @AuroraFireDpt & @FranktownFire assisting. pic.twitter.com/4FghG47cLq

**The eastern most fire line near the structures is controlled. No damages to homes. Crews still working on active flames on the western flank.** Here’s a look at the large flame lengths close to homes on the east side of the fire and the burn scar towards the end of the video. pic.twitter.com/njK57zUpHq