Intercanyon Fire named the fire the Twin Elk Fire. Firefighters said one person was being checked out for smoke inhalation. 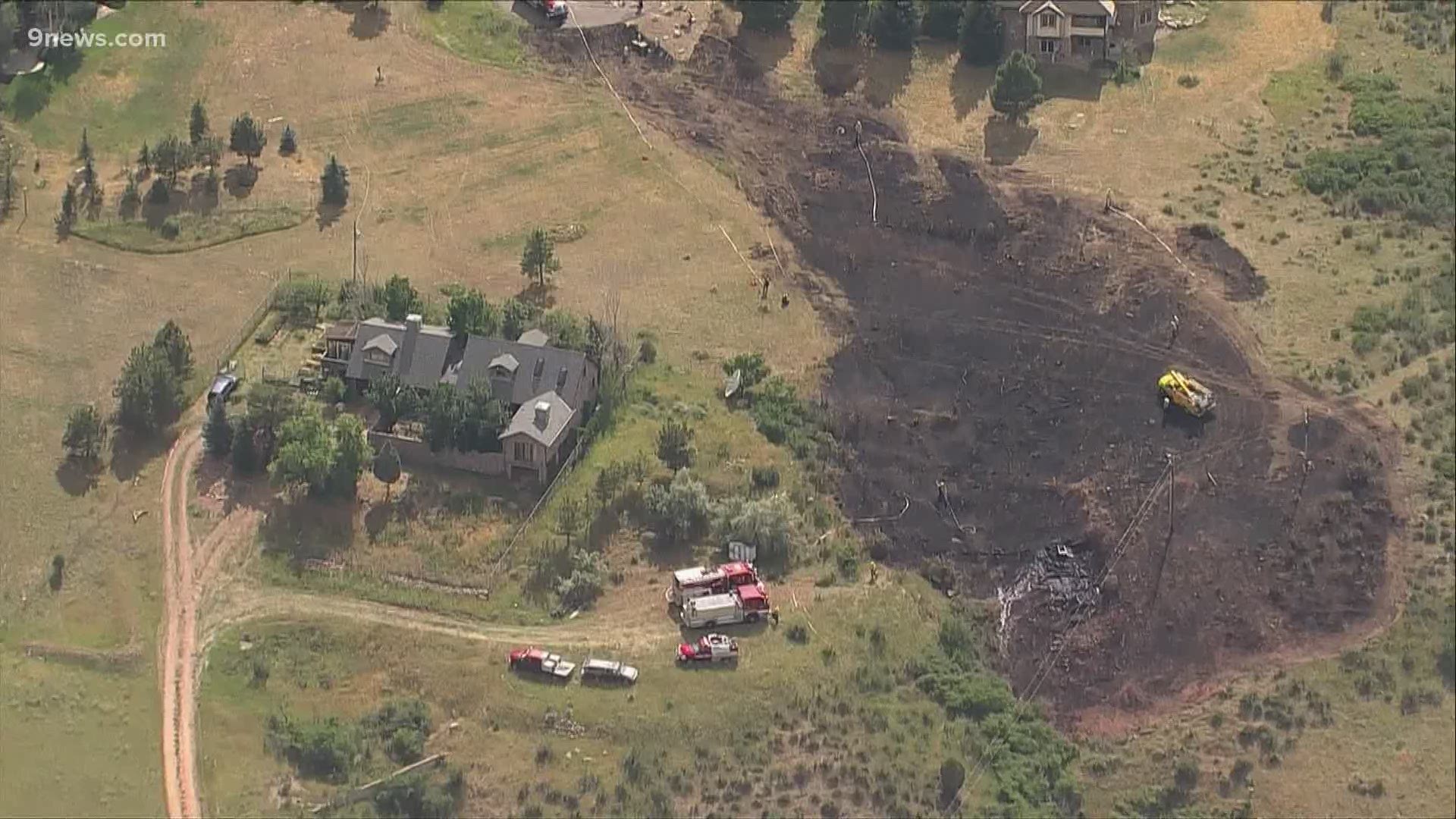 The fire was reported just before noon Wednesday.

Pictures from 9NEWS photojournalist John Kuhrt show homes in the vicinity of the fire.

Intercanyon Fire said a small wooden outbuilding was destroyed in the fire.

Just before 12:30 p.m., firefighters said they were able to get a fire line around the fire and that no other structures were threatened.

Fire crews will be at the scene for several more hours.

One person was being checked out for possible smoke inhalation, according to an Intercanyon Fire tweet.

According to the National Weather Service, it was 91 degrees near Deer Creek Canyon Park with 8% humidity and winds were coming out of the northeast at 7 mph when the fire started.

The cause of the fire has not yet been released.