While Colorado's wildfire year has been one for the record books, none of the state's fires have been nearly as large as those in California. 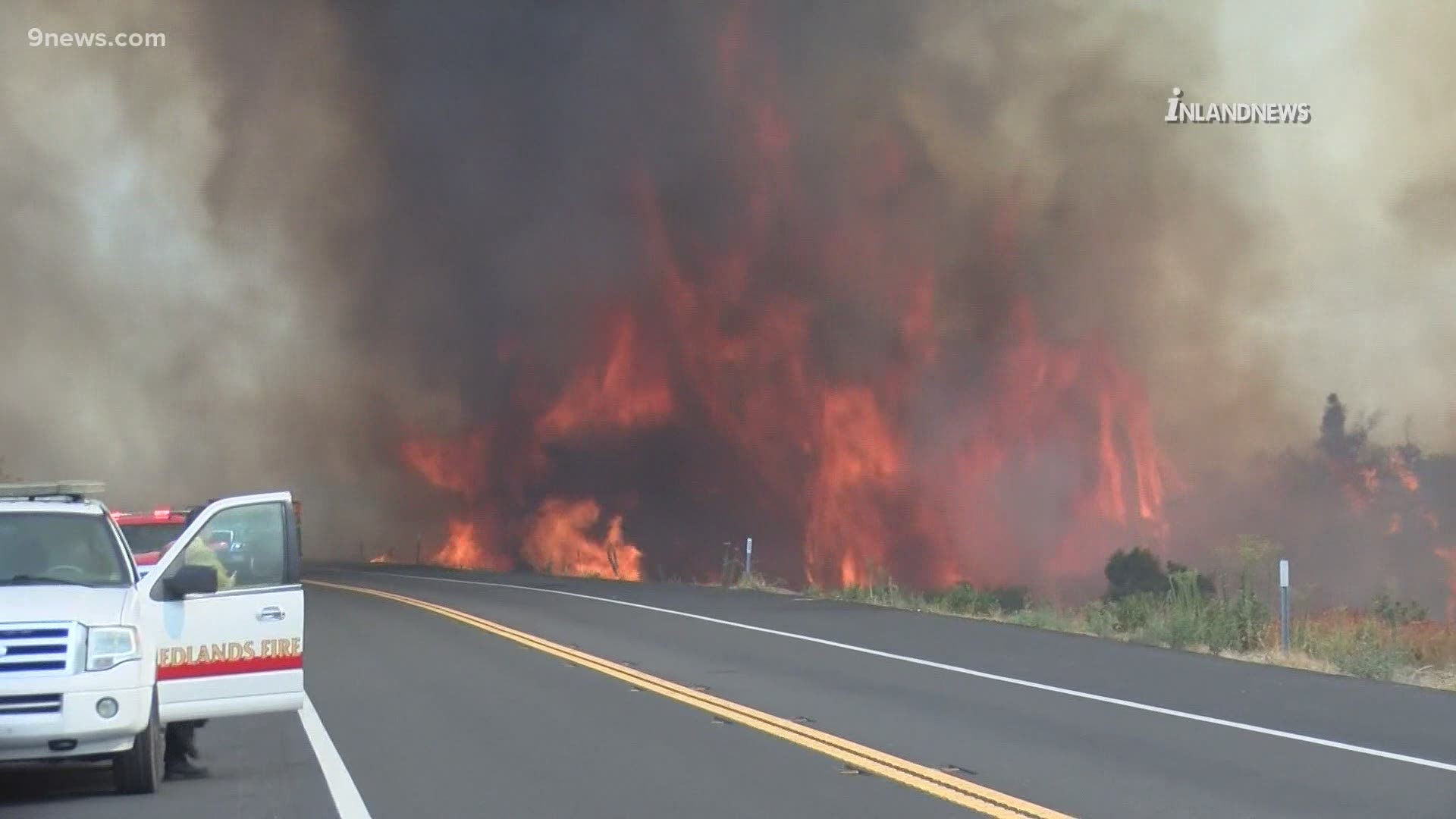 DENVER — California’s wildfires have shattered the state’s previous record, burning four million acres in the state so far this year. Colorado has also experienced a wildfire year for the record books, but on a smaller scale.

>>> Watch the video above for an account of what it's like to cover California's wildfires as a journalist.

RELATED: The drastic differences in access to wildfire stories in Colorado compared to California

The Pine Gulch Fire, which started burning on the Western Slope on July 31 and was contained in September, is the largest in the state’s history, burning 139,007 acres – or 217 square miles.

The Cameron Peak Fire, which started burning in the Roosevelt National Forest on Aug. 13, is 126,251 acres as of this writing. That’s the equivalent of roughly 197 square miles, and now the third-largest wildfire in Colorado history.

It’s worth mentioning that the Mullen Fire, which started burning in Medicine Bow Mountains west of Laramie in Wyoming on Sept. 17, is now 151,711 acres and has crossed the Colorado border into Jackson County. Since there’s not a definitive number for the acreage of this fire burning in Colorado, it was not included in our overall total.

Here’s a look at the size of other largest wildfires that burned in Colorado this year.

The Middle Fork Fire is burning in the Routt National Forest north of Steamboat Springs. It is 0% contained.

The Grizzly Creek Fire started burning on Aug. 10 in Glenwood Canyon and is now 91% contained.

The Williams Fork Fire started burning on Aug. 14 about 9.5 miles southwest of Fraser. This fire is confirmed to have been human-caused.

Note: All of the numbers used in this article as courtesy InciWeb as of Oct. 5.