CalWood Fire in Boulder County up to 76% containment

The wildfire has burned 10,095 acres since Oct. 17. It is the largest fire ever recorded in Boulder County. 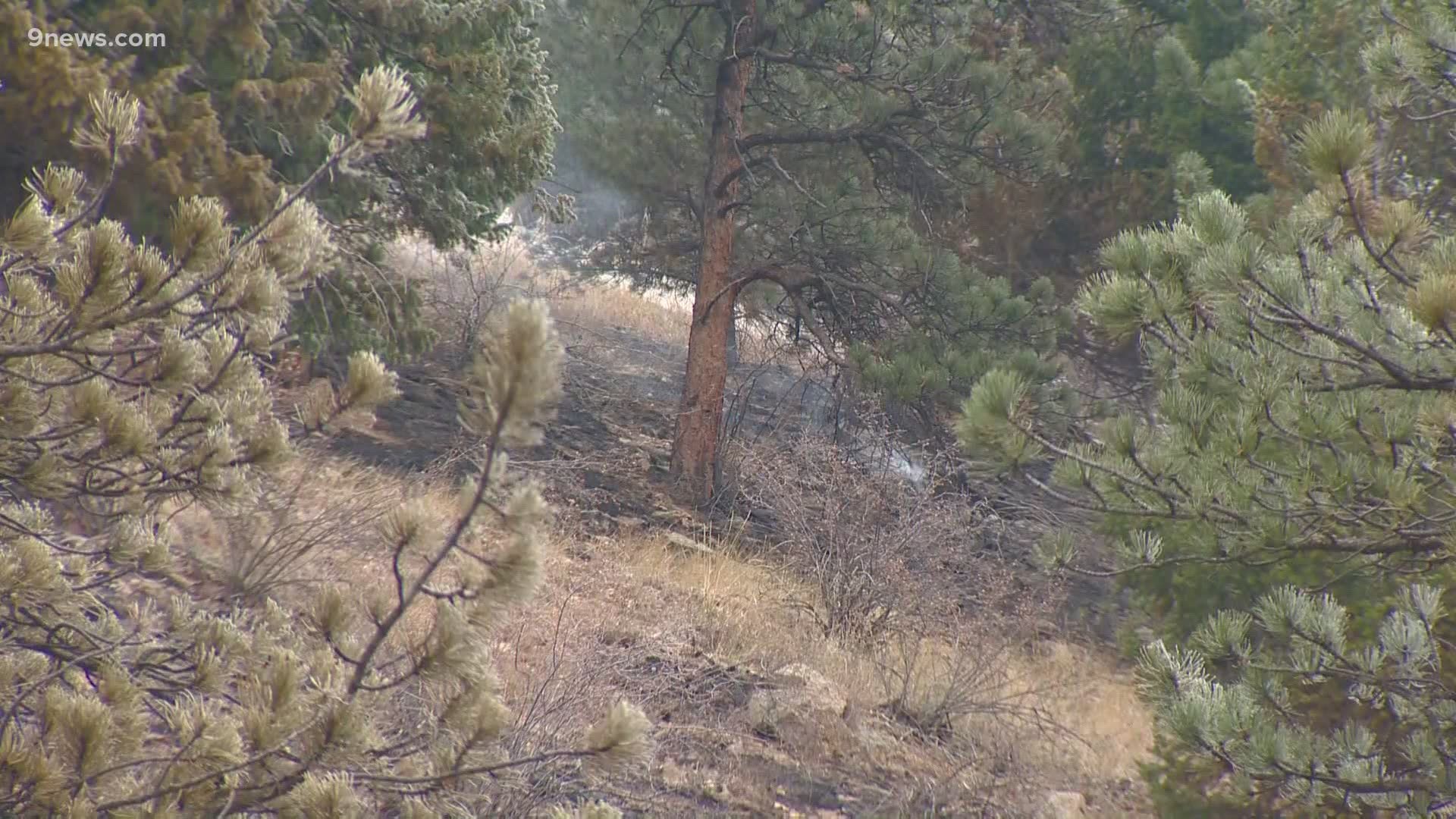 BOULDER COUNTY, Colorado — The CalWood Fire is now 76% contained and has burned 10,105 acres since beginning on Oct. 17. It is the largest fire recorded in Boulder County.

All restrictions for residents within the evacuation areas have been lifted, according to the Boulder County Office of Emergency Management (BOEM).

Residents can return home, but are asked to remain on alert and be ready to evacuate again should fire conditions change. They may need to provide proof of residency to sheriff’s office deputies stationed at entry points depending on the route they take to their residence.

BOEM last weekend that the fire had damaged at least 26 houses and released a list of the structures.

South St. Vrain (Hwy. 7) has reopened, but BOEM ask travelers to be aware of fire apparatus still in the area.

Due to the East Troublesome Fire BOEM said that US-26 at Apple Valley Road is restricted to Estes Park residents only, and only residents are currently allowed to travel on Hwy. 7 between Cabin Creek Road and the county line.

Officials said crews were able to increase containment and strengthen lines on the southern edge of the fire on Friday as most of the fire area experienced minimal activity.

A Red Flag warning is in effect Saturday afternoon through 3 a.m. Sunday morning due to high winds as a cold front moves in.

Wind gusts could reach up to 60 miles per hour in some areas, and conditions are slightly drier, which could lead to more active fire behavior.

Crews will continue to increasing containment and mopping up fire lines ahead the afternoon winds.

Firefighters are also focusing on patrolling and improving perimeter lines as the fire backs down toward Highway 7 and are scouting for opportunities to build lines to stop the fire along South St. Vrain Canyon.

The Lefthand Canyon Fire, which is a different wildfire that started in Boulder County on Oct. 18, is 100% contained as of Friday.

Several roads remain closed due to the fire. A list of road closures is here. U.S. 36 reopened Monday afternoon between North Broadway and Neva Road.

The causes of the CalWood Fire and the Lefthand Canyon Fire, which started Sunday just to the south, were under investigation.

The Rocky Mountain Black Type 2 Incident Management Team took over command of both the CalWood Fire and the Lefthand Canyon Fire on Monday morning.

Anyone who wants to make a donation or volunteer can do so at this link.