Officials have announced mandatory and voluntary evacuations after the 199,356-acre fire flared up west of Fort Collins. 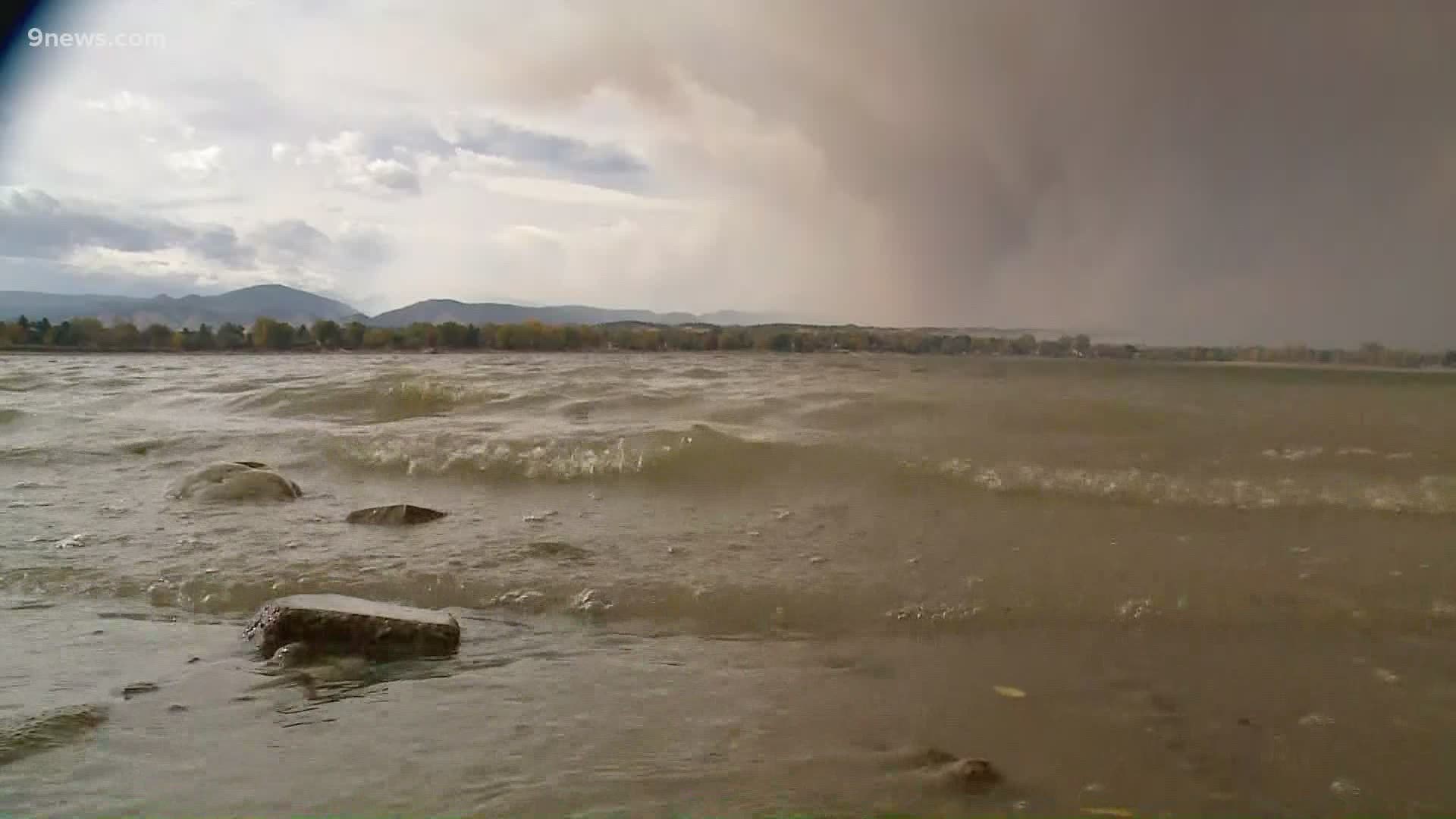 Officials confirmed structure loss in a community meeting Wednesday night, including the areas of Pingree Park Road, Lazy Knee and Inca, as well as both sides of 44H and the Groove Springs area

Officials also believe there is structure damage in Springtown Gulch, but there is still active fire in the area so structure protection crews are working to get in the area as safe as possible. 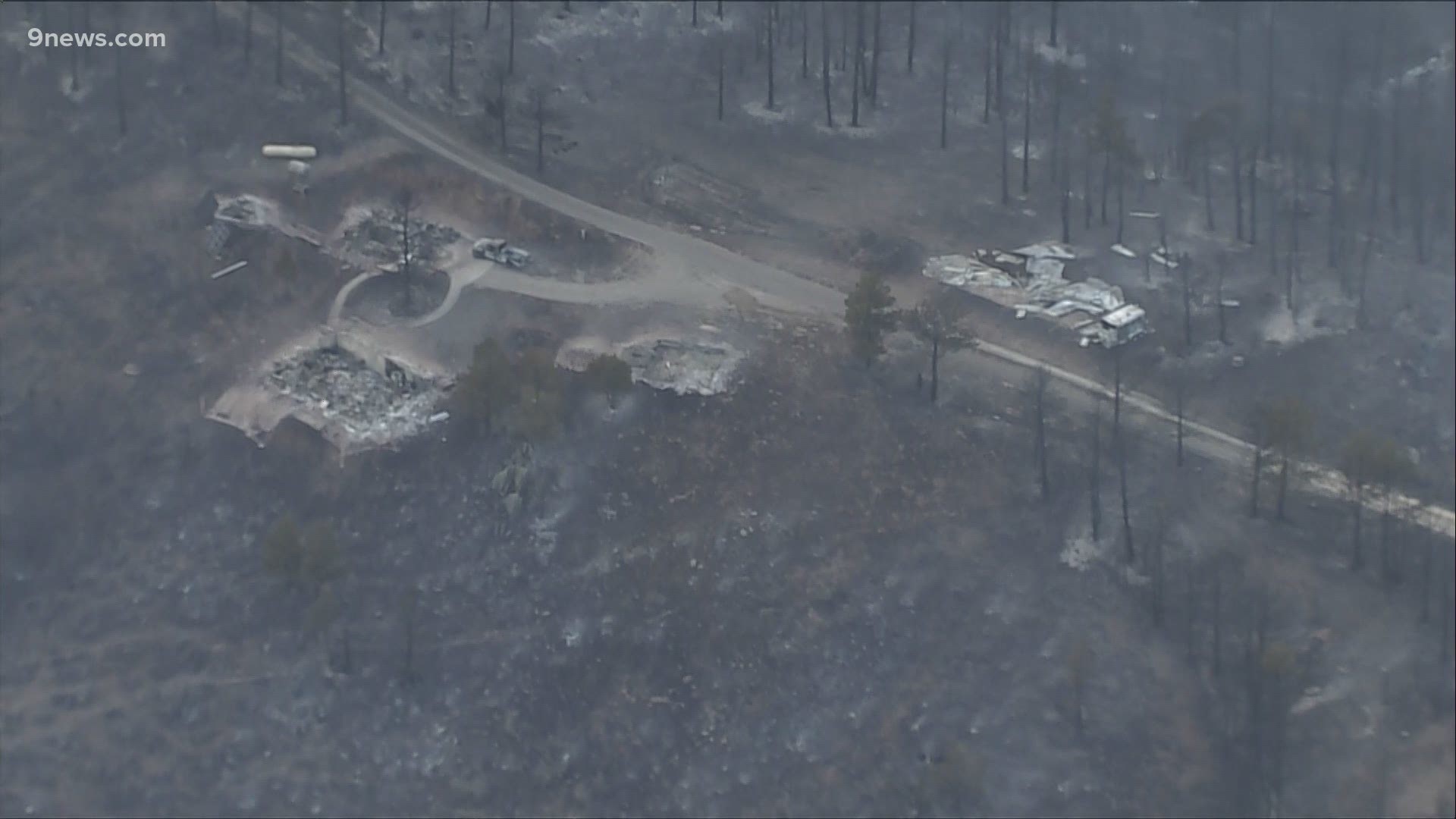 Rocky Mountain National Park reported on Thursday that the Lawn Lake Trail and surrounding area has been closed until further notice.

Watch the full community meeting below. 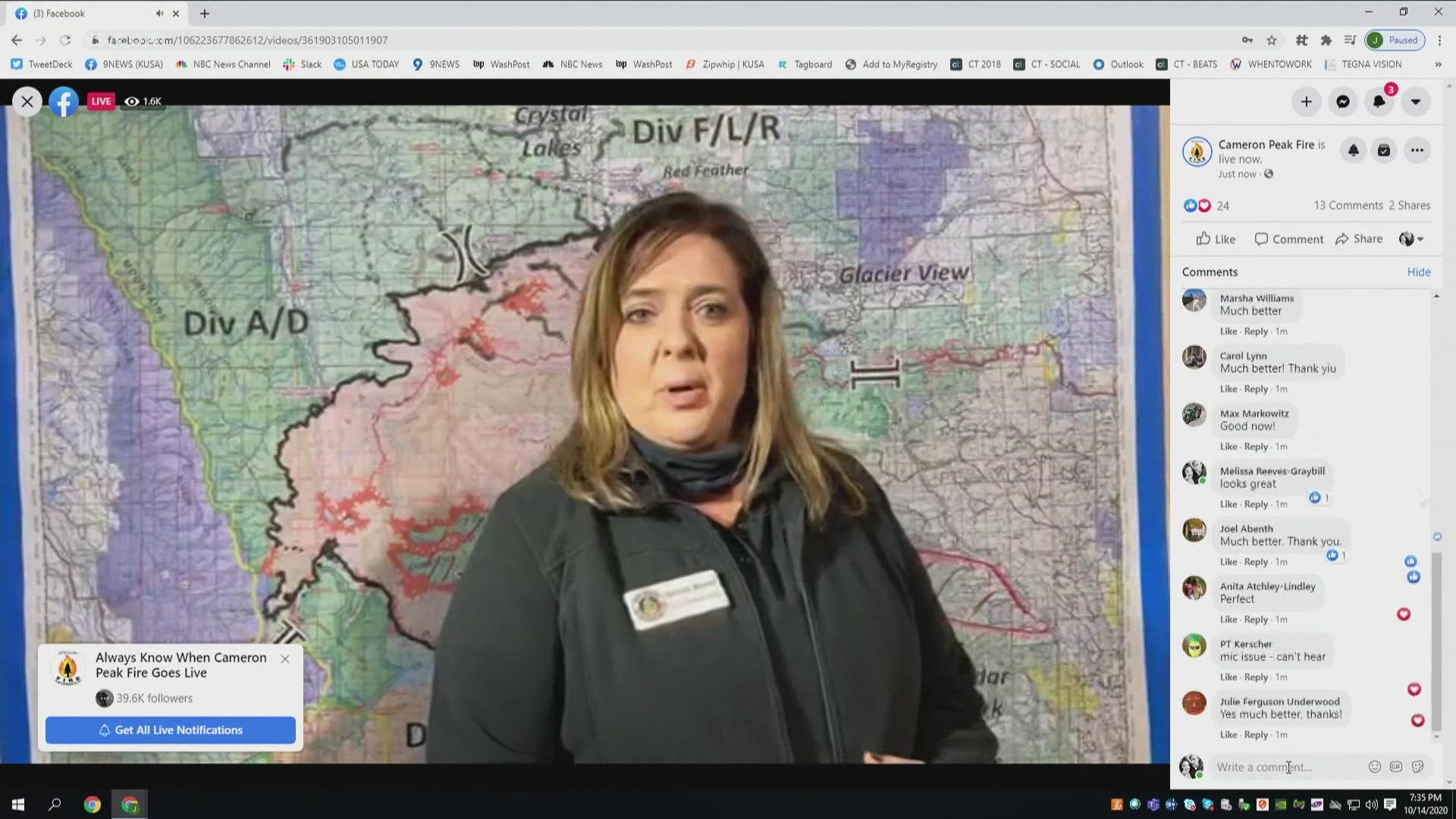 Residents and business occupants in these areas should evacuate immediately and as quickly as possible.

The fire crossed CR27 on Wednesday and structures were impacted but it's unclear what the structures are or how far the fire had moved past the road.

#CameronPeakFire (4:20): Fire has crossed CR27 near 44H but it's unknown how far it has moved. Some structures have been impacted today. Once fire behavior moderates & it's safe, structure assessments can take place. More type 1 structure engines are arriving w/ more on the way. pic.twitter.com/nbpCKUiN0F

Evacuations have also been ordered for Lory State Park, which is on the other side of Horsetooth Reservoir from western Fort Collins.

In addition, voluntary evacuations have been ordered for Highway 34 from Drake just west to the Dam Store. People are encouraged to move their livestock and pets out of the area to prepare for mandatory evacuations.

Some voluntary evacuations on the northern end of the fire were lifted on Thursday. Those include: Crystal Lakes, Red Feather Lakes, Lady Moon, Red Feather Highlands and Hohnholz.

The Red Cross is asking people who have been evacuated and need help to go to the Courtyard Fort Collins located at 1200 Oakridge Drive, where volunteers where will offer assistance.

As of 5 p.m. Thursday, the Red Cross said they were helping a total of 650 evacuees that were occupying 287 rooms in 6 hotels.

There will be a message telling evacuees the most up to date information. The voice message will be updated as new information comes in.

An American Red Cross spokesperson released the following statement on the need for shelter:

"Because the Cameron Peak Fire is prompting multiple evacuation orders within a short amount of time, our volunteers are working quickly and efficiently to provide refuge to the evacuees. The Red Cross is still sheltering individuals that were displaced by the fire before today and with the new evacuation orders we are working hard to make sure everyone who needs a roof over their head will have shelter tonight." 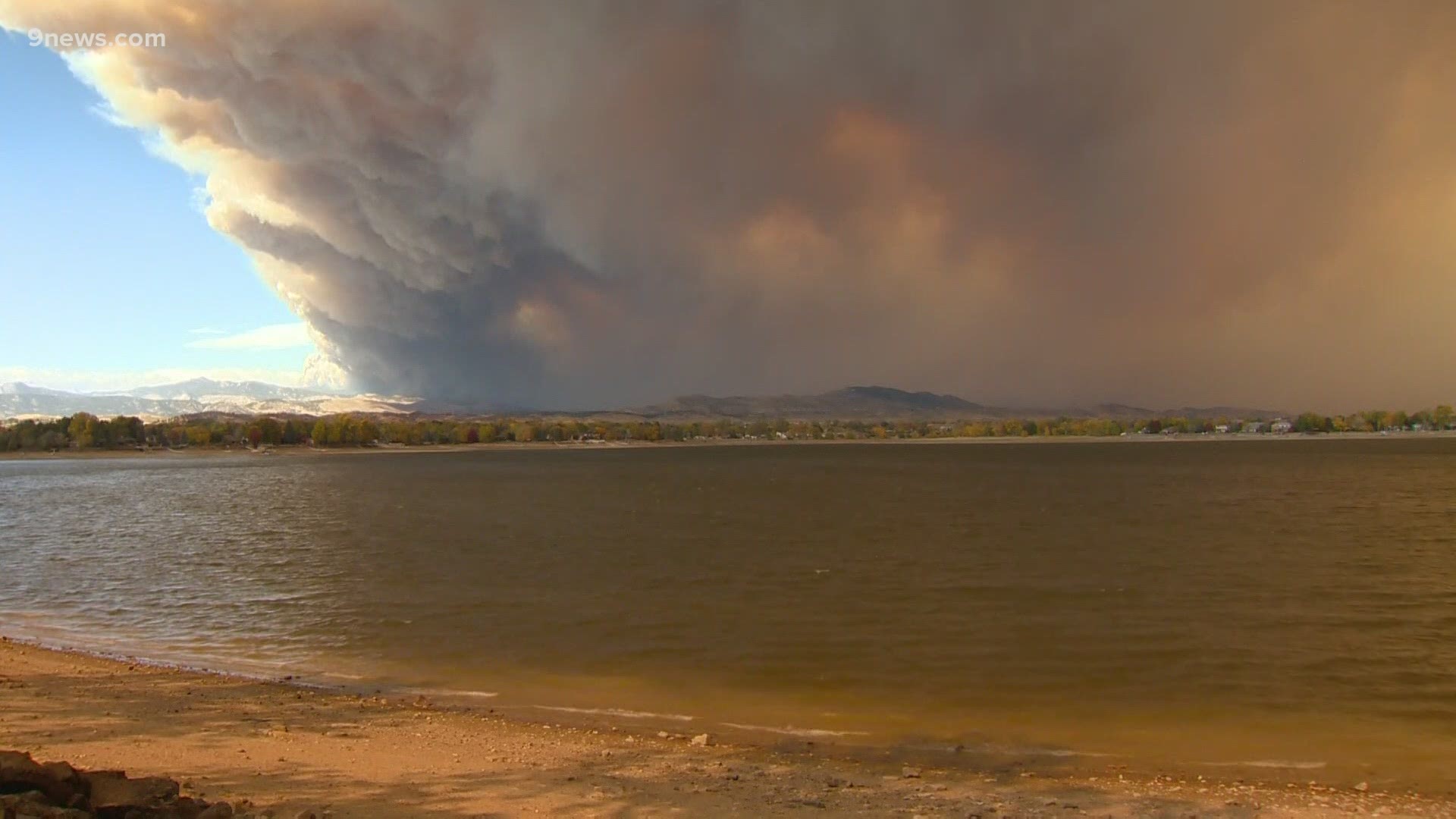 Poudre Valley REA said they had turned off power to the Cedar Park area, by Glen Haven north of Drake, Wednesday afternoon. There is no estimated time for when power will be restored.

The company says it expects to also be asked to cut power to Buckskin Heights and Redstone Canyon, but said it has not received a request yet.

US 34 is closed between Loveland and Estes Park in order to support evacuations and firefighting efforts, according to Colorado State Patrol (CSP).

On Thursday, the Forest Service said it's closing the entire Canyon Lakes Ranger District of the Roosevelt National Forest. The map below shows the full closure area.

A spot fire has established on the northeast end of the fire, south of Bellaire Lake, and firefighters are using heavy equipment to contain the spot before it crosses Manhattan Road.

The fire has pushed to the east five to 10 miles on the southeast side near the Colorado State University Mountain Campus, crossing Pingree Park Road and establishing in the Buckhorn drainage moving towards Stove Prairie, fire officials said. Firefighters will continue to work on structure protection in this area Wednesday.

The Incident Management Team said it is working with the LCSO on identifying changing needs to evacuation status as the fire advances to the east. A Red Flag Warning was in effect from 12 p.m. to 10 p.m. Wednesday.

Henry Reges on Twitter shared a time-lapse of a large plume of smoke from the Cameron Peak Fire, taken near the mouth of the Big Thompson Canyon:

Time-lapse from this afternoon at Lory State Park. #CameronPeakFire pic.twitter.com/U60cI1Z0Du