After a cold front moved in and brought much-needed moisture some mandatory evacuations were lifted. 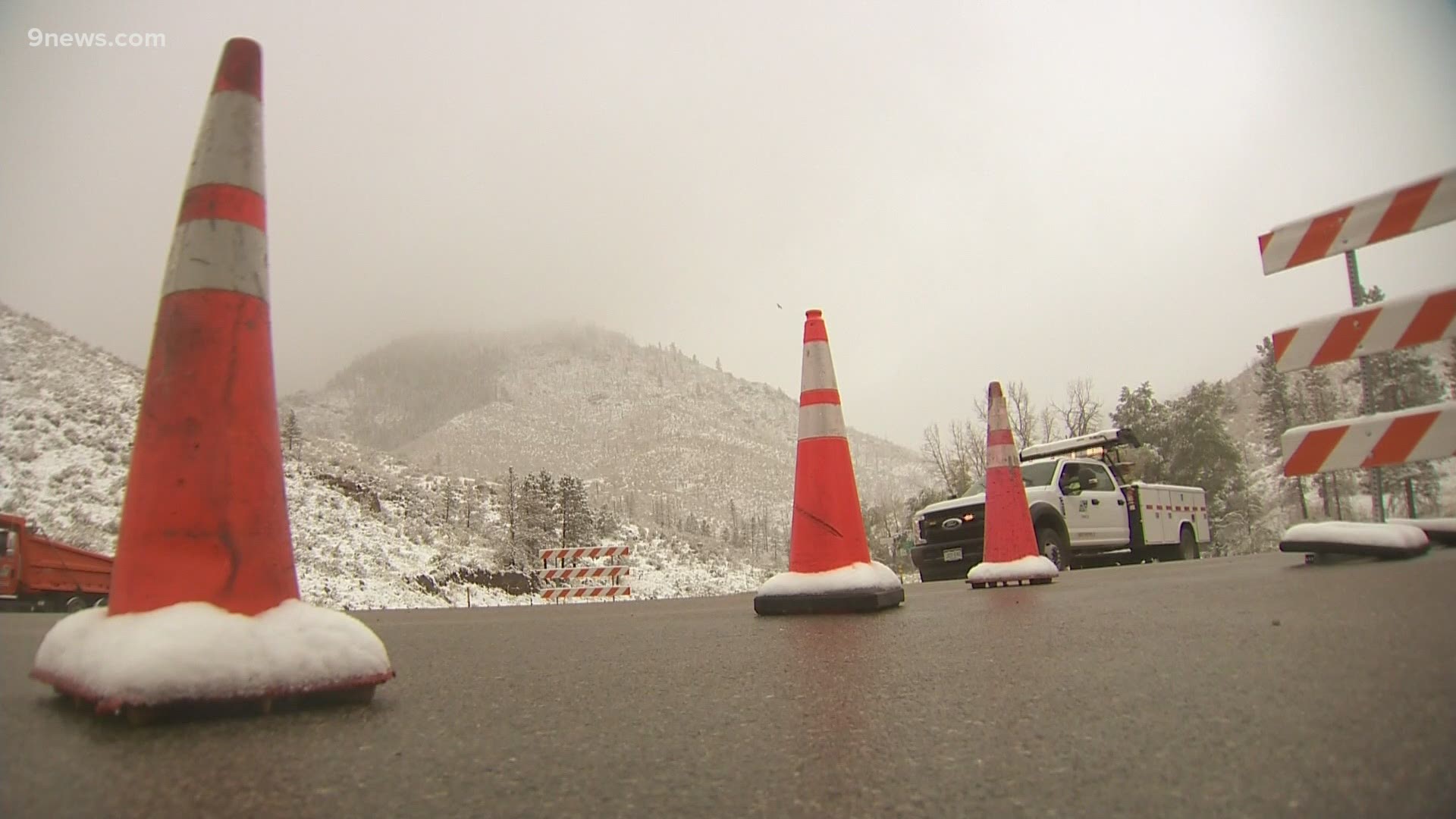 LARIMER COUNTY, Colo. — Some mandatory evacuations that were issued Monday for people in the area of the Cameron Peak Fire have been downgraded to voluntary, according to an emergency alert from the Larimer County Sheriff's Office (LCSO) as the cold front that moved in is expected to slow fire activity.

Evacuation orders for the following areas are now voluntary:

Those voluntary evacuations will remain in place for those areas until further notice. Only residents will be allowed in those areas and will  be required to show ID.

And these mandatory evacuations have also been lifted:

- County Road 27 south from County Road 44H down to Masonville and east to include Buckskin Heights.

After a couple of days of cold wet, weather, warmer temperatures are expected once again Friday. Low humidity, high temperatures and high winds combined Monday to produce extreme fire behavior which pushed the Cameron Peak Fire to 102,596 acres. That is nearly three times the size it was on Sunday. The fire is at 4% containment.

An emotional Larimer County Sheriff Justin Smith shared details in a news conference Monday where he said, the fire is "very personal for everyone," especially for those who have already been through major fires and floods over the last decade.

He and fire officials said Tuesday's snowy weather will help but won't stop the fire.

Chuck Russell with the fire incident management team said the snow will allow crews to be more aggressive, but there's so much fire, the snow will not put it out. Incident meteorologists said it will, however, slow fire movement for a few days.

Smith said ash has been falling for several days in Fort Collins and surrounding areas, and smoke has made skies so dark, street lights have turned on early.

"It's fair to assume this thing will grow exponentially," he said. "We've had more [evacuations] than ever expected."

At 1 p.m. Monday, a tweet from the U.S. Forest Service said the fire had crossed Pingree Park Road and that firefighters were actively engaged with the fire. Officials said the fire is heavily impacting the Highway 14 corridor.

The #CameronPeakFire has crossed Pingree Park Rd & firefighters are engaged with the fire. It has not yet reached Upper Buckhorn. Resources are being reprioritized into a completely defensive posture to protect structures in Pingree Park/Upper Buckhorn area & Hwy 14 corridor. pic.twitter.com/RHQIfpmWtZ

Fire officials on Monday also said 50 engines had been ordered to help with the fire and structure protection, and that more than 7,600 "contacts" had been notified about evacuations. Smith said a home landline is considered a contact, and a single house could be considered several contacts depending on who is signed up to receive alerts. Officials did not have a count for the number of individuals who had been evacuated.

Officials stressed they were watching incoming wind and weather patterns and that if the fire moves north, it could be deadly.

Smith said he did not have a good assessment for people in Monument Gulch, and that winds were blowing heavily in the Rustic area along with 85-degree heat. He said it was unsafe for crews to get in and confirm any damage as of Monday night.

Power has been shut off along the Highway 14 corridor, but officials did not have updated numbers on power.

As temperatures began to drop, firefighters were given housing accommodation options but many chose to stay out on the line, officials said. Freezing temps are not uncommon, officials said, saying the cold would be short-lived 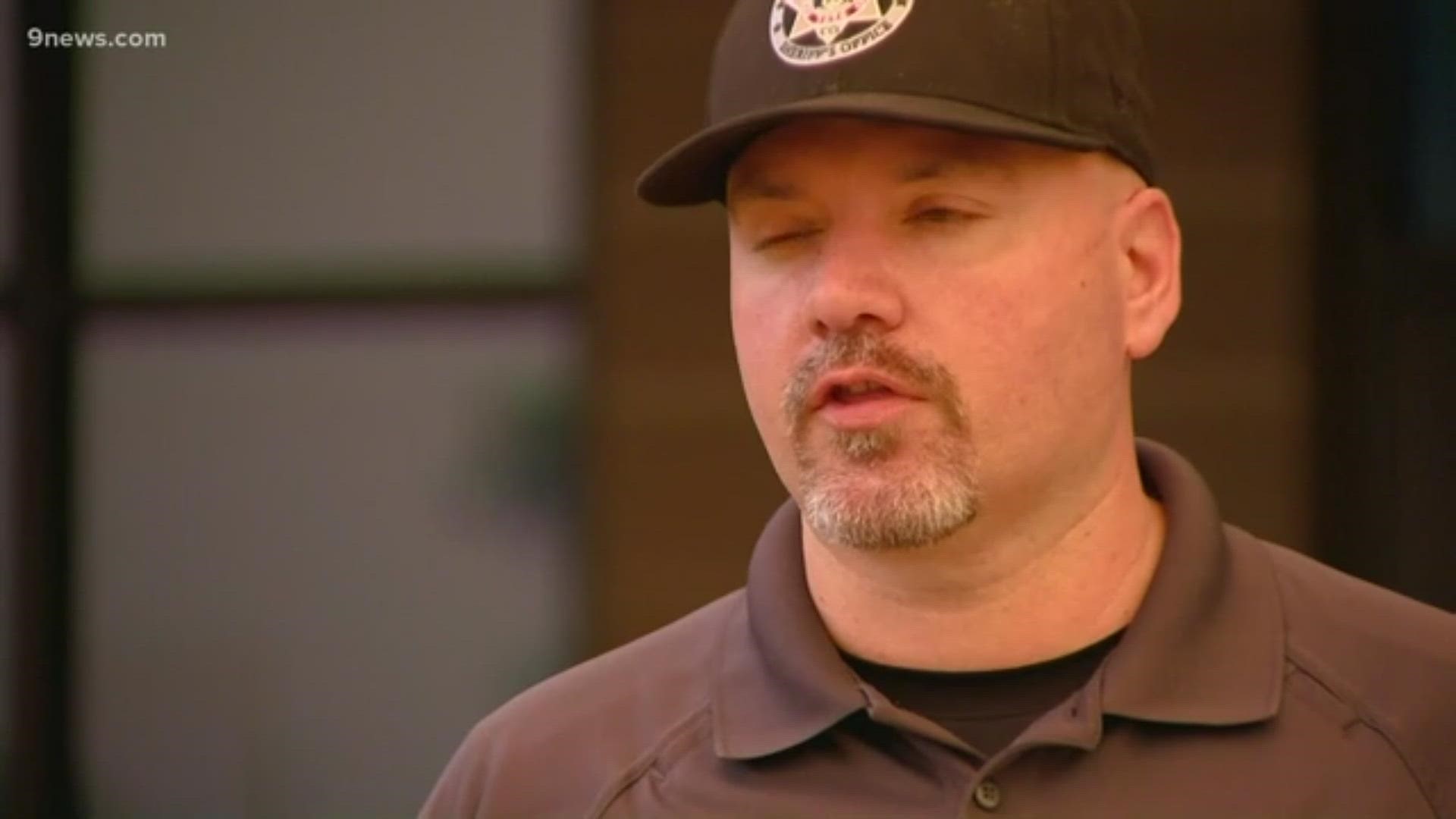 Rocky Mountain National Park (RMNP) also announced on Sunday that Trail Ridge Road is closed indefinitely because of potential heavy smoke and low visibility. The closures are from Forest Canyon Overlook on the east side and Colorado River Trailhead on the west side.

> Below: What about the Cameron Peak fire caused all that raining ash? 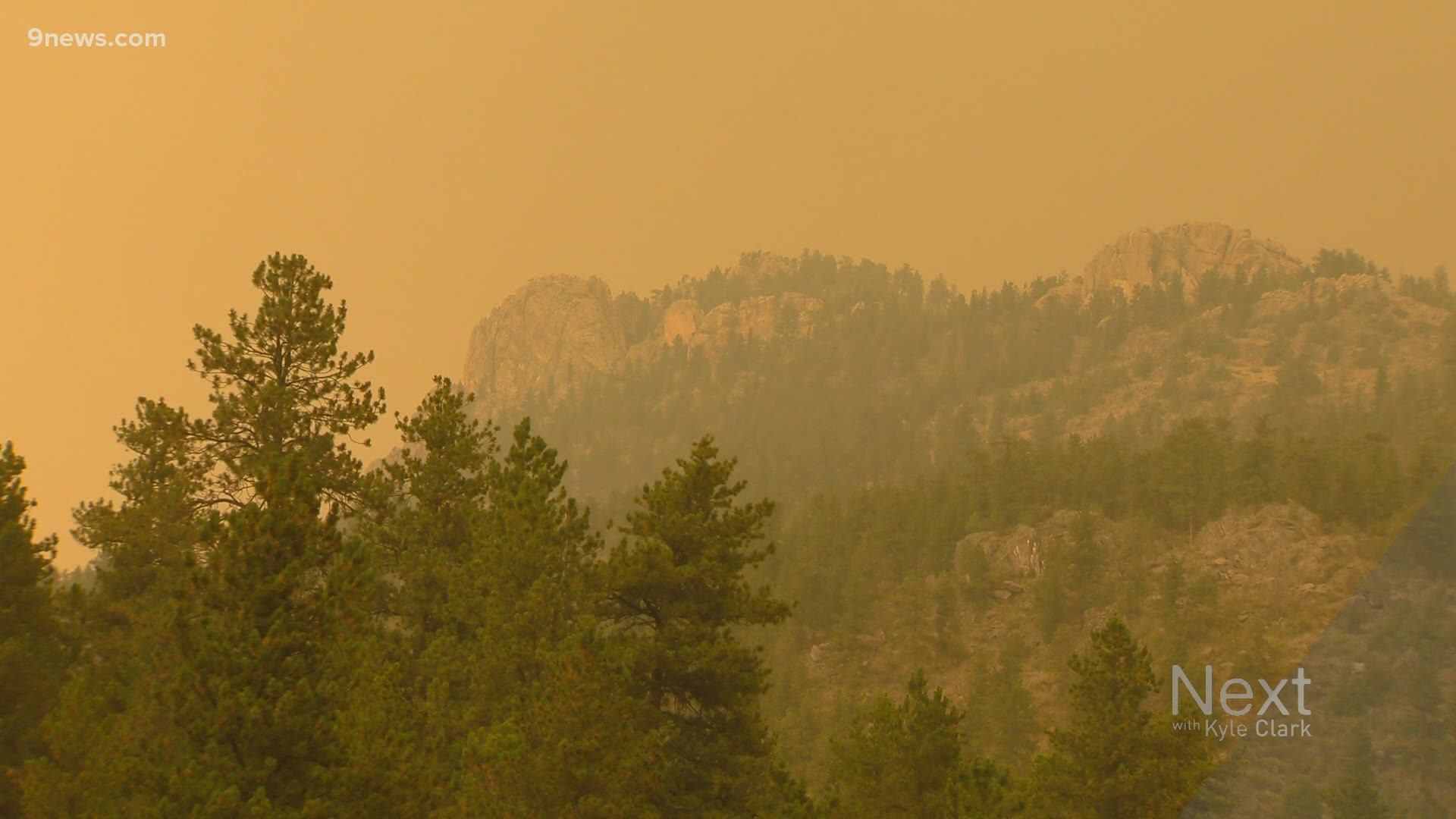 > For updates from fire officials, text the word LCEVAC to 888777 from your cell phone. 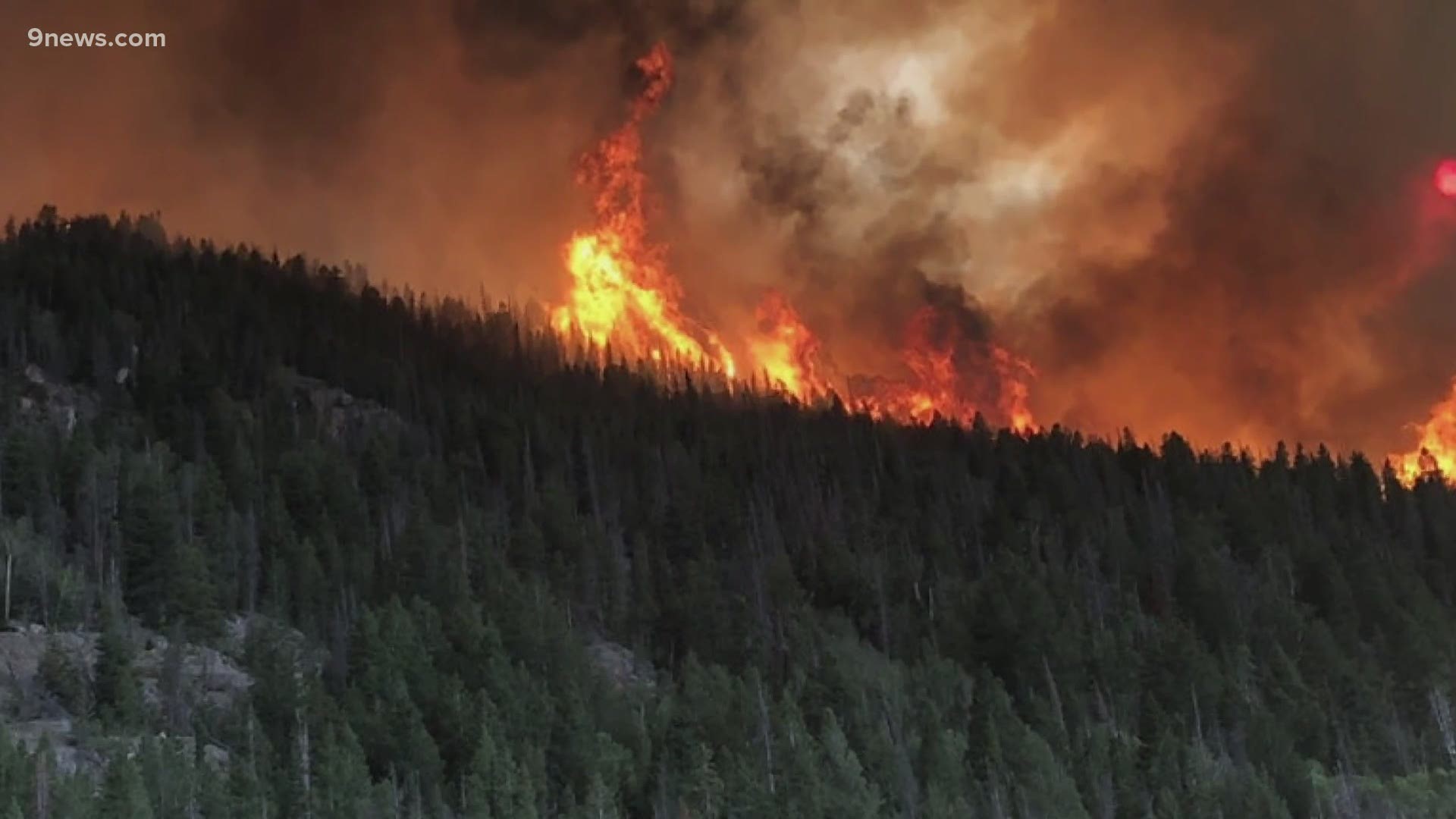 The Cameron Peak Fire has forced the closure of Colorado Highway 14 from Kelly Flats to Gould. There is also heavy fire traffic through the Poudre Canyon as crews access the fire area.

The cause of the wildfire, which began Aug. 13 in western Larimer County, remains under investigation.