The recent snowfall has allowed crews to improve direct and indirect fire lines around the more than 208,900-acre fire. 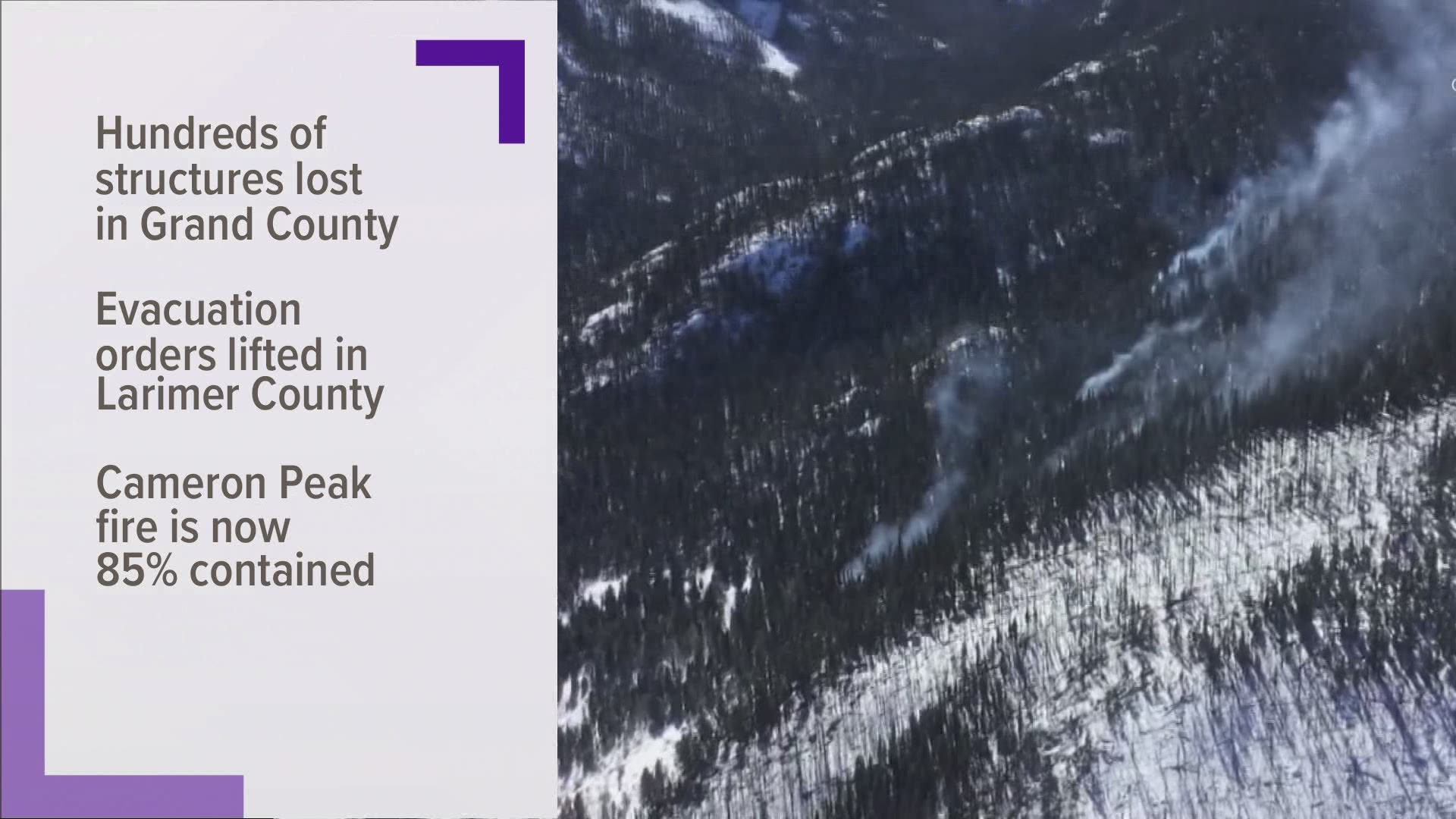 Larimer County Sheriff's Office said in an alert Monday morning that all mandatory and all voluntary evacuations for the fire have been lifted.

Residents in these areas may return home without restrictions. Officials ask for those returning home to have proper identification and to use caution while driving through the area.

> Video above: Officials update the number of structures damaged or destroyed in the Cameron Peak Fire.

Officials said the recent snowfall slowed the fire activity greatly and has allowed crews to improve direct and indirect fire lines around the fire. Firefighters will continue to monitor and patrol the areas that have been declared contained on Monday.

One downside to the snow, fire managers said, have been road conditions in parts of the burn area. Fire crews and apparatus were not able to access the area below Storm Mountain, officials said.

Fire managers said they are looking for ways to get into the Storm Mountain area and around The Retreat to find options where crews could construct fire lines to secure that area.

Crews are looking for ways to construct direct and indirect lines to secure the fire above Glen Haven, fire managers said.

The area around Pingree Park reported more than 2 feet of snow, however accumulation was much less in the area to the northwest due to the forest canopy, fire managers said. The northwestern area is where fire is still smoldering and producing smoke, officials said.

Crews were able to get into the Buckhorn Road area and hope to have that area contained in the next few days, officials said.

Officials said continued warming and snow melt over the next 24 hours may allow smoldering areas to marginally spread along the surface in the Pingree Park, Cedar Park and North Park areas.

Rocky Mountain National Park (RMNP) remains closed to the public due to the Cameron Peak and East Troublesome fires.

It's unknown when the park will reopen, officials said. When the park does reopen some areas will remain closed off due to fire activity and visitor safety, RMNP spokesperson Kyle Patterson said.

More than 29,000 acres have burned within RMNP; that's the most acreage burned in the park's 105-year history, according to Patterson.