Soil and fuels remains saturated from recent moisture, but the fire in Larimer County is still just 4% contained. 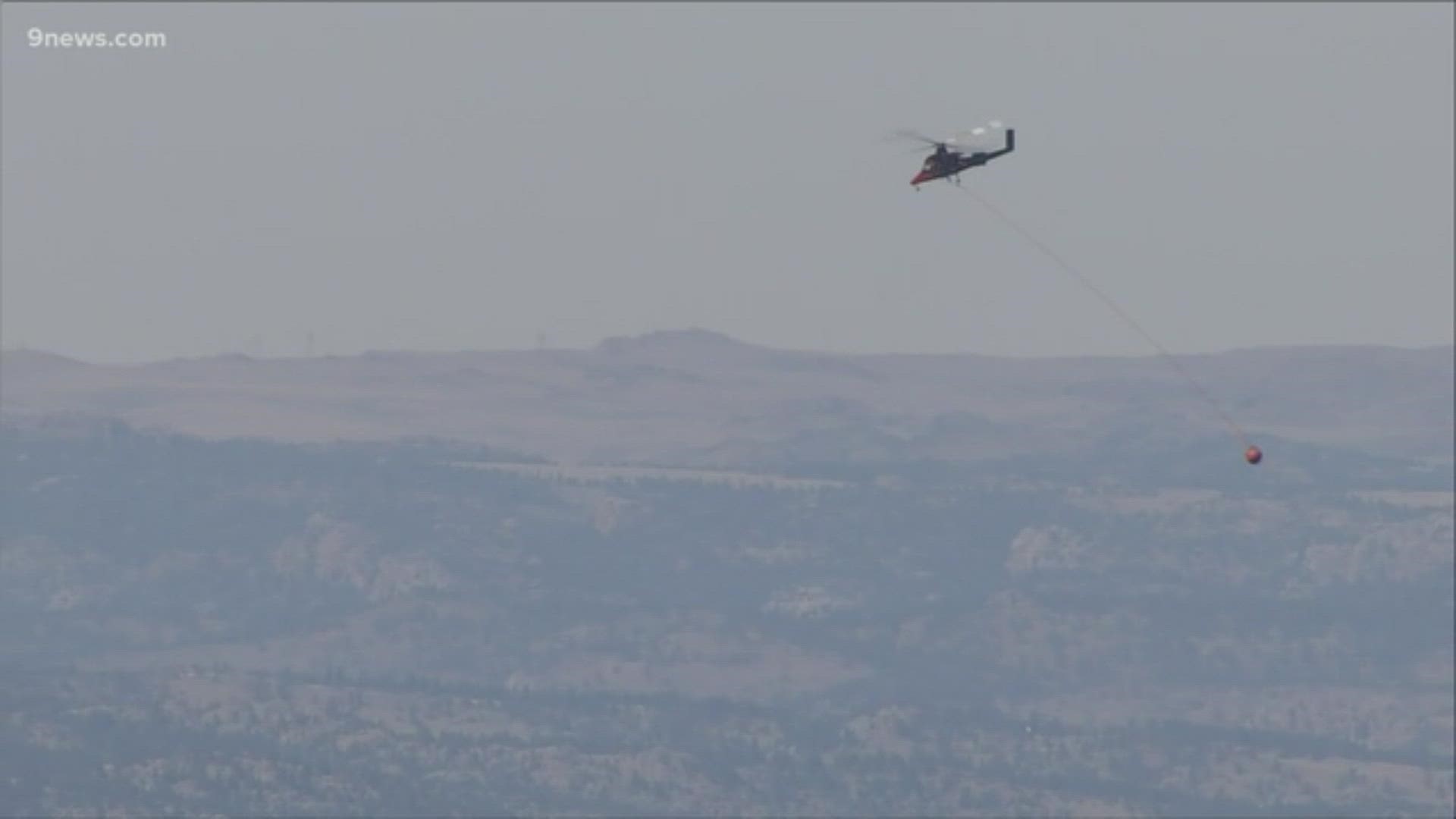 LARIMER COUNTY, Colo. — Fire behavior was minimal once again Thursday for the Cameron Peak Fire as favorable weather conditions continued following a cold front that brought much cooler temperatures and snow to the area.

Because new fire activity was so minimal, crews were able to focus their efforts to “mop-up” areas of heat along accessible roadways, reinforcing existing fire lines and constructing direct fire line where feasible.

That work includes cutting up and extinguishing larger fuels such as smoldering logs and stumps that can hold pockets of heat for long periods of time.

Progress was made along Highway 14, Pingree Park Road and Buckhorn Road as mop-up continued around structures.

While the snow was good news for the fire, it did create some hazards for crews, including things like icy roads and slippery conditions, as well as tree tops that are now snow-covered.

Soil and fuels are still saturated from the storm earlier this week and additional overnight moisture received in the form of rain and snow on some parts of the fire.

A map of those evacuation areas is below.

The fire, which was first reported on Aug. 13 east of Walden, has burned through 102,596 acres. A lot of that growth occurred over just a couple of days last weekend when extreme and winds combined for explosive growth. It's just 4% contained and the cause remains under investigation.

RELATED: Investigators ask public for information on the start of the Cameron Peak Fire