There were 42 primary residences that were impacted, according to the Larimer County Sheriff's Office. 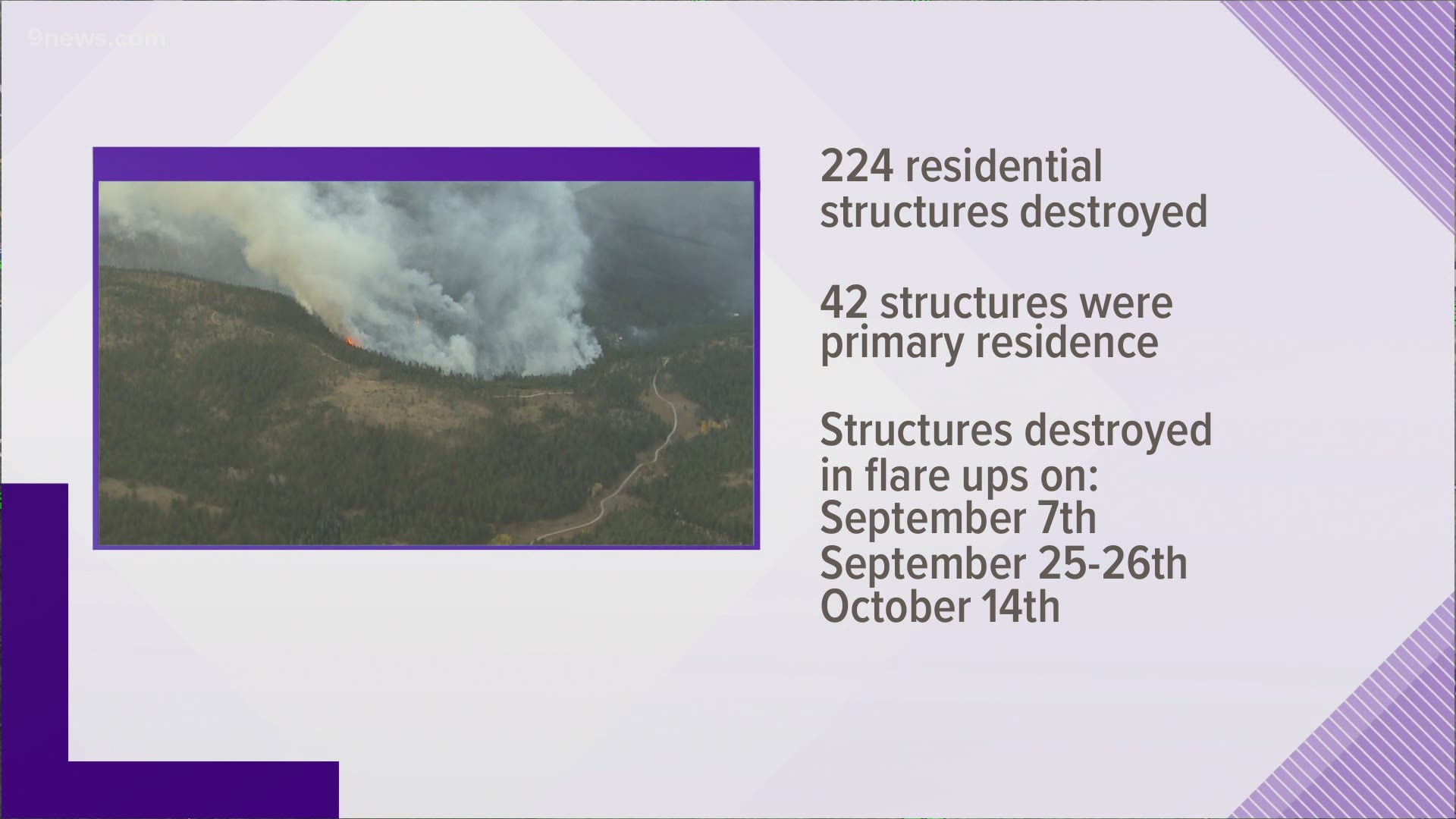 LARIMER COUNTY, Colo. — A total of 469 structures were damaged or destroyed by the Cameron Peak Fire in northern Colorado, according to the Larimer County Sheriff's Office (LCSO).

LCSO said in a release Friday that the Larimer County Damage Assessment Teams (DAT) had completed assessments of all known structure damage caused by the fire.

Here's the breakdown of the damage:

LCSO said there may be impacted structures the county assessor's office was not aware of and therefore were not assessed. The DAT was also not able to find contact information for owners of all properties with confirmed damage. Anyone who discovers damage to their property and was not officially notified is asked to email the Larimer County Office of Emergency Management at oem@larimer.org with their name, address and phone number.

“As the community comes together to support those who suffered property loss, we stand with them," said Larimer County Sheriff Justin Smith. "We feel the pain of being displaced and not having a home to go back to. In the midst of this hurt, I am so proud of the deputies, firefighters, and a variety of other officers from many law enforcement agencies who heroically evacuated thousands and thousands of people and made sure that no one felt the pain of losing a loved one to this fire. It was an amazing effort, and I am thankful.”

The recent snow has helped fire crews continue containment of the Cameron Peak Fire, with close to 1,100 people fighting the blaze.

Containment of the fire is up to 92% as of Friday.

LCSO said in an alert Monday morning that all mandatory and all voluntary evacuations for the fire had been lifted.

Residents were allowed to return home without restrictions. Officials asked for those returning home to have proper identification and to use caution while driving through the area.

The Cameron Peak Fire, which started Aug. 13, has burned 208,913 acres. It is the largest wildfire in Colorado history.

> Video above: Footage of snow on the Cameron Peak Fire