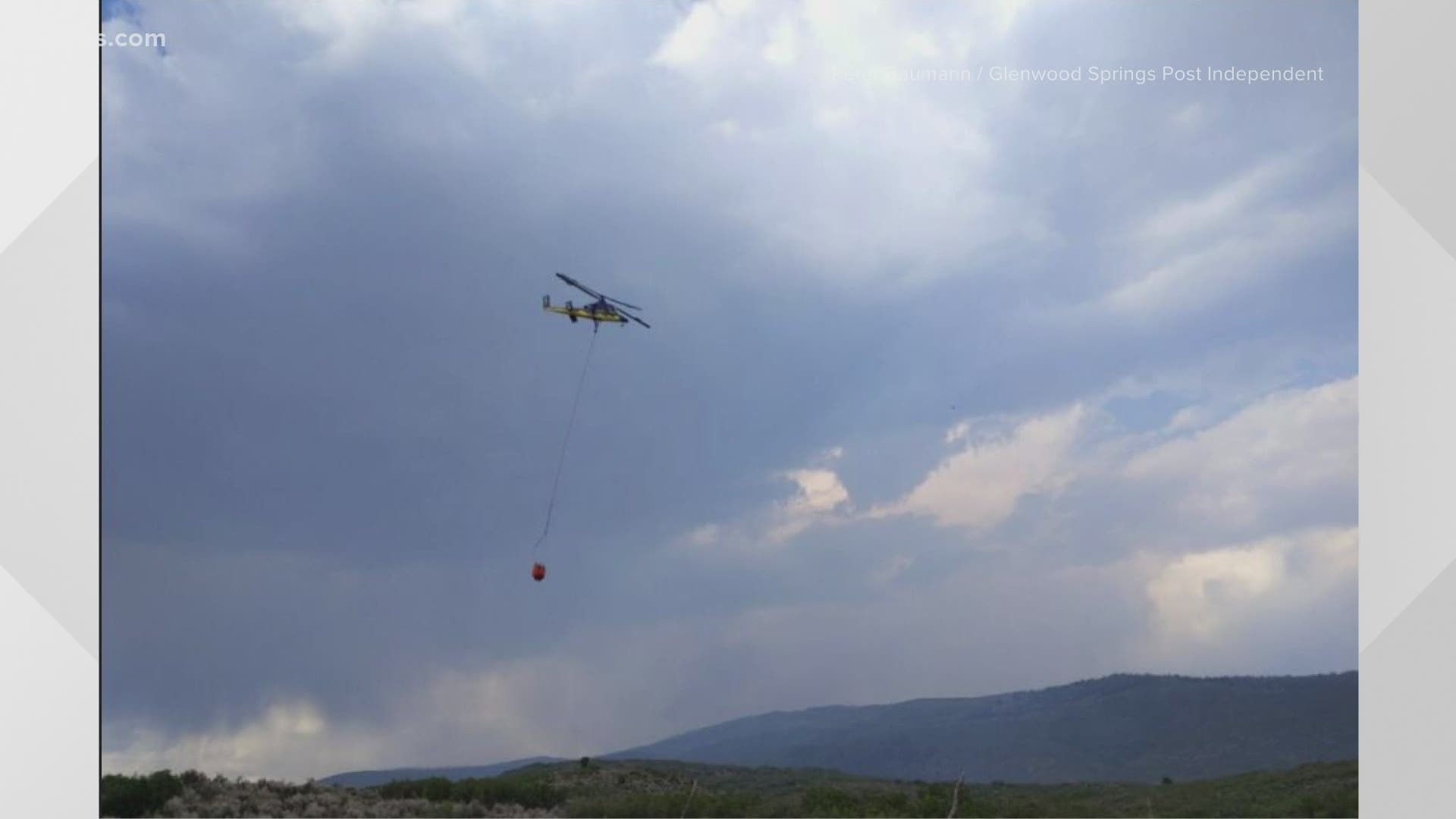 GARFIELD COUNTY, Colo. — Fire crews were able to contain a wildfire that began burning Wednesday afternoon outside Carbondale and forced the evacuation of several neighborhoods.

The Red Canyon Fire burned 30-40 acres of land near Fisher Cemetery Road and County Road 115 in Spring Valley, according to the Carbondale & Rural Fire Protection District. It started around 4 p.m. on Wednesday and was fully contained shortly after 8 p.m.

Spring Valley is located about 8 miles north of Carbondale and about 9 miles south of Glenwood Springs.

When crews arrived, they said the fire – originally named Fisher Creek Fire – was already burning about 20 acres and was quickly growing and moving through the area.

Residents who live in the following neighborhoods were evacuated:

Those residents were allowed to return home Wednesday night.

#FisherCreekFire At approximately 4 p.m. on Carbondale & Rural Fire Protection District was paged to Spring Valley for a report of a wildland fire.

Updates will be posted on the Carbondale Fire Facebook/Twitter

This is one of several large fires burning in Colorado.

The Grizzly Creek fire is burning nearby in Glenwood Canyon and has forced the closure of Interstate 70 for almost a week.

That wildfire has burned about 28,000 acres so far and is 4% contained.

Some crews from the Grizzly Creek Fire responded to the Red Canyon Fire to help contain it quickly.

The wildfire exploded to 125,100 acres due a weather event that moved through Tuesday night. It remained just 7% contained as of Wednesday morning, according to Rocky Mountain Area Coordination Center (RMACC).