Tara Schleser and her daughters rented bikes and were out on a ride when they learned about the fire. 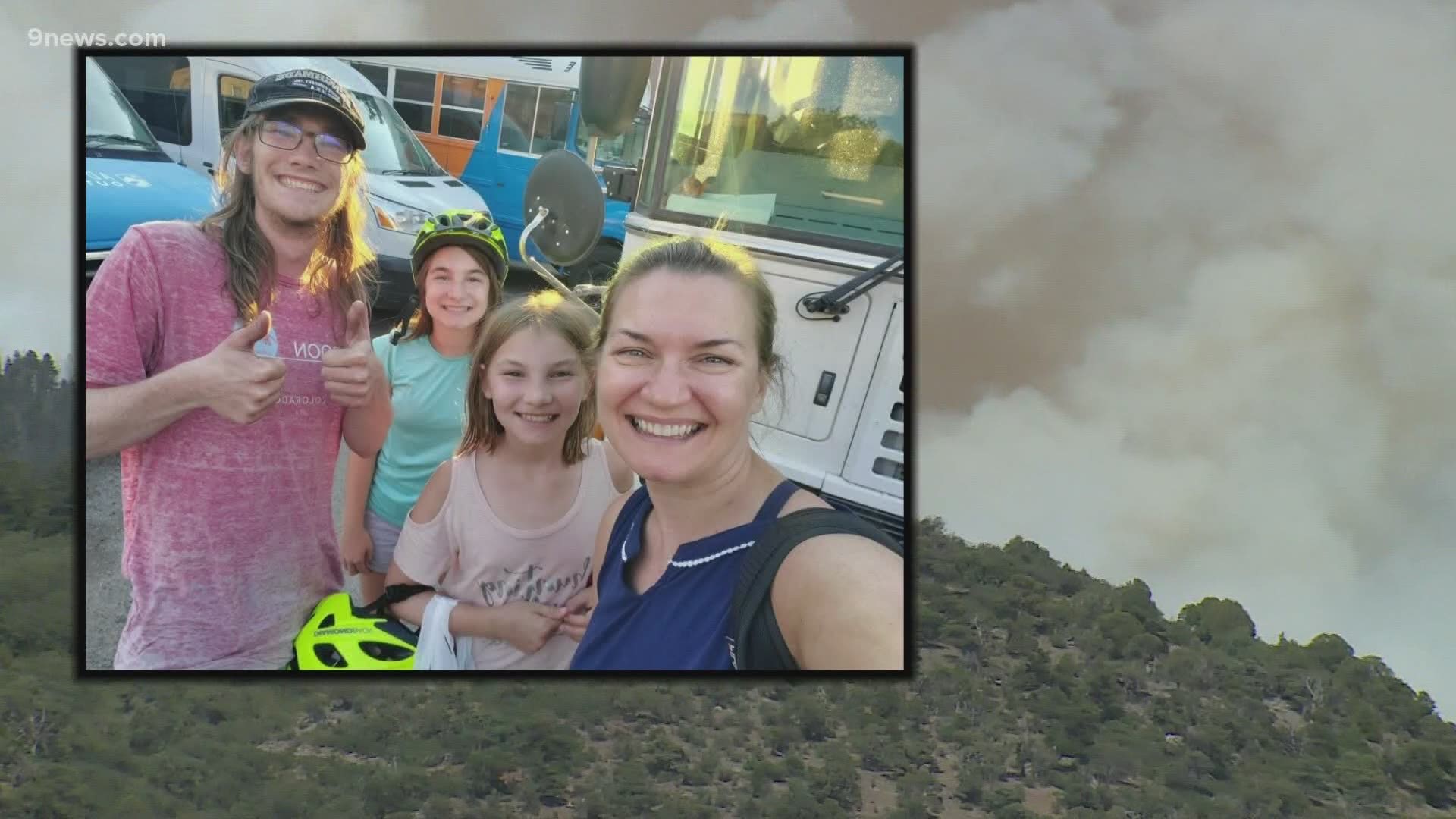 GLENWOOD SPRINGS, Colo. — A family who was visiting Colorado from the Chicago area suddenly found themselves in the middle of the Grizzly Creek Fire burning near Glenwood Springs.

"The smoke just started to get more and more intense. And we started to feel the ash hitting our face and getting in our eyes," said Tara Schleser. "And that’s when I realized I didn’t want to keep going in that direction."

Schleser, her brother, and her two daughters rented bikes on Monday and headed out on a ride. They had no idea they were about to encounter a wildfire that by Tuesday afternoon would grow to more than 1,800 acres.

"We were only on our ride for a couple of miles when we called the bike rental company for another matter and they told us a fire had started and we should head down as soon as possible," said Schleser.

She said they began biking more quickly but were unfamiliar with the area and were unaware that they were actually heading toward the fire and not away from it.

"We started to get into the smoke and there was ash. And we started to get scared," said Schleser. "We kind of got lost from my brother. He kept on going ahead of us and we couldn’t call for him."

She said they eventually decided they needed to turn around.

It was then that they ran into Nathan Krause sitting in his car in small parking area. He is a rafting guide with Whitewater Rafting LLC in Glenwood Springs.

"I was up there at the Shoshone Hydroplant put-in and it was about 1:30 when I looked up and the color of the sky kind of changed and the light got really, really orange – which did not look like daylight at all," said Krause. "The transition from good day to bad day was probably 20 minutes, if that. It was on a dime."

"So, he started clearing out his car for us and we all got in the car and he was able to get us out of there," said Shleser, who also noted that they abandoned their bikes.

From there, they all drove more than four hours around the mountain to get back to the other side of Glenwood Springs. Interstate 70 had already been shut down due to the fire.

"I feel like I’m so grateful we got out of there because I don’t know how they rescue people from down there, but we were kind of in the middle of a trail with no exits, no way to access the road," said Schleser. "I was even thinking if we would need to jump in the river."

Krause said he was glad he was in the right place to help.

"We’re just calling him our angel and our hero for rescuing us out of there," said Schleser.

Schleser said her brother ended up biking from Grizzly Creek all the way to Gypsum before he could find a way out and help. She said she didn't hear from him until around 8 p.m. She said he lives in New Castle, but is currently stuck in Eagle.

She said she and her daughters are headed back to Chicago Tuesday.

"If Nathan wasn’t there to drive us out of there, I think we would’ve had kept riding our bikes up the river and I don’t know where we would’ve ended up or how we would’ve gotten home," she said.