These are the 9 biggest wildfires in Colorado history

Three of the largest fires in the state's history happened in 2020. All of the fires on the list happened in recent memory. 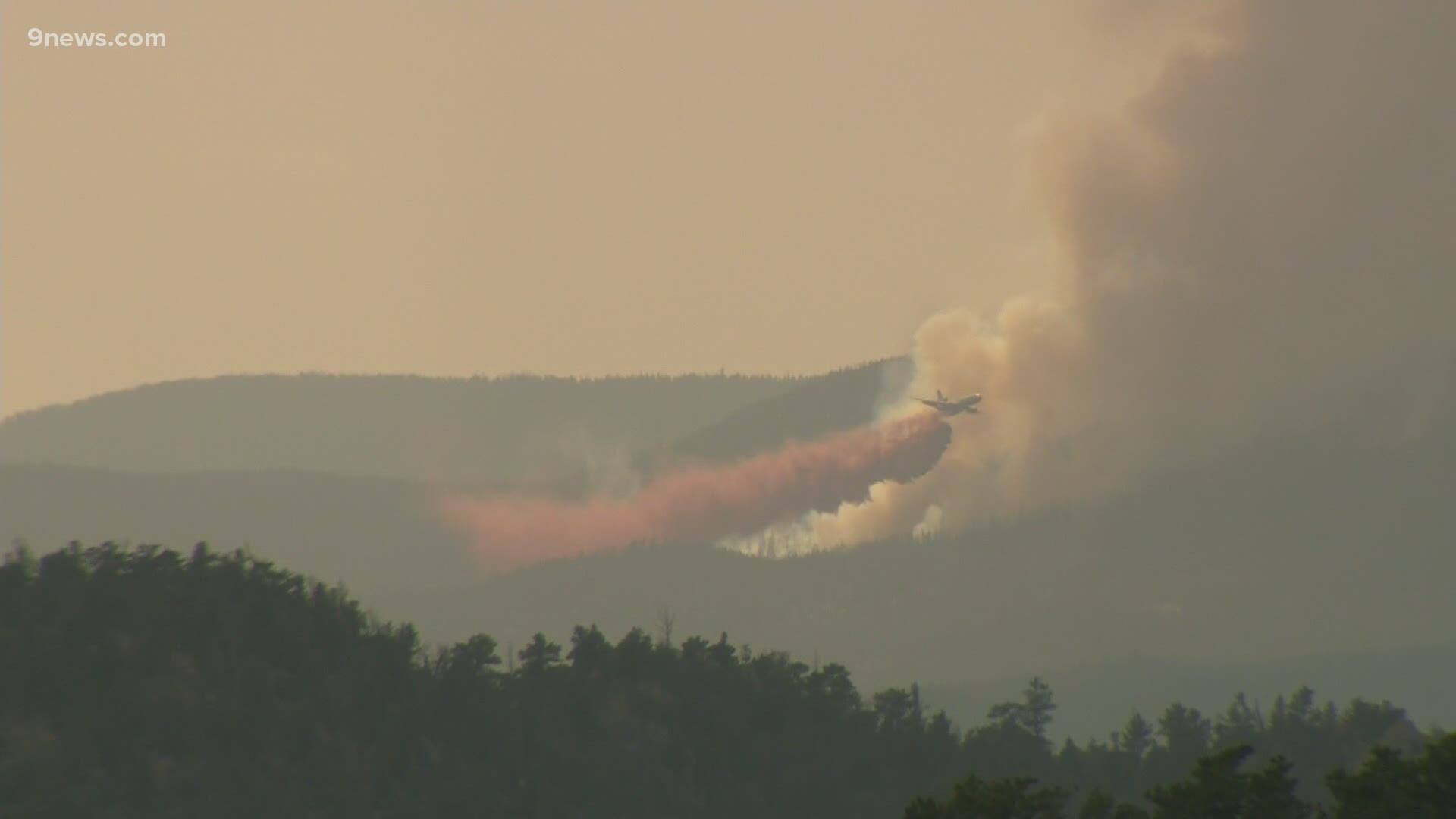 COLORADO, USA — Like the rest of the western U.S., Colorado is working to prepare for a future with a year-round fire season.

Each of the nine largest wildfires in state history has burned in the last 20 years, and the three largest burned in 2020 alone.

As the Wildland Urban Interface grows, so is the risk of larger and more destructive fires -- and officials are already cautioning that 2021 could be another devastating wildfire year.

During the month of May, 9NEWS will take a look at 2020, wildfires in Colorado and where we go from here.

Ahead of the coverage, here's a look back at the nine largest fires in state history.

The 416 and Burro Complex Fire -- which was a combination of two fires -- led to more than 1,300 evacuations and the closure of the Purgatory Ski Resort, Durango and Silverton Narrow Gauge Railroad, San Juan National Forrest and stretches of US 550.

Federal officials alleged that the 416 fire was caused by the Durango and Silverton Narrow Gauge Railroad and asked for $25 million in damages.

Credit: USFS
A map of the rehabilitation area for the Missionary Ridge Fire.

The Missionary Ridge Fire started about 10 miles northeast of Durango and covered 6,500 acres on its first day, moving quickly across dry, steep terrain during an unusually dry year.

The Durango Herald reports the Missionary Ridge Fire created "columns of smoke and ash, some a mile wide, that rose to 40,000 feet."

The fire would ultimately destroy 46 homes and cabins. One firefighter died in the blaze.

Credit: 9NEWS File Photo
The High Park Fire briefly had the distinction of being the most costly wildfire in Colorado history.

The High Park Fire was the largest but not the most destructive during the historic 2012 fire season, which also included the Waldo Canyon Fire that burned near Colorado Springs.

The lightning-caused High Park Fire torched a large swath of land in the foothills west of Fort Collins and destroyed at least 259 homes. One woman was killed.

Residents in parts of Poudre Canyon, Stove Prairie, Paradise Park, Rist Canyon and other areas were evacuated for weeks during the fire, which burned in a dry area with numerous power lines and poor cell reception.

The Spring Creek Fire burned near La Veta in southern Colorado over the course of the summer of 2018. A man from Denmark who had overstayed his visa has been arrested and now faces arson charges for the blaze, which he claimed started while he was using a fire pit to grill food.

More than 140 structures were ultimately destroyed by the fire, and it led to the mandatory evacuation of the entire town of Cuchara, as well as a neighborhood near Fort Garland.

PREVIOUS STORY ABOUT FLOODING CONCERNS AFTER THE FIRE: Burn scars from wildfires increase the risk for flash flooding; here's why

The West Fork Fire Complex resulted after three lightning-sparked fires connected with one another in the Weminuche Wilderness area northeast of Pagosa Springs in southwestern Colorado.

This fire led to a temporary closure of US 160 as well as the evacuations of South Fork and Wagon Wheel Gap.

The fire was fueled by beetle kill trees and a dry summer. Firefighters were assisted when a monsoon brought needed moisture to the area.

PREVIOUS STORY: Some West Fork containment thanks to clouds

Credit: 9NEWS File Photo
The Hayman Fire was the most destructive wildfire in Colorado history, burning 138,114 acres and destroying 133 homes.

The Hayman Fire, which burned about 22 miles southwest of Denver in the Pike National Forest, was the largest fire in Colorado history for 18 years before it was surpassed by three fires over the course of the summer and fall of 2020.

The blaze was set by Terry Barton, a forestry technician for the U.S. Forest Service who made a fire in a campfire ring despite a burn ban. Her reasons for doing so are disputed, but the fire ultimately spread outside the ring and torched land in four different counties. Barton was indicted for arson and was given a federal prison sentence.

One civilian died from an asthma attack as the result of the fire, and five firefighters were killed in a car accident on their way to the blaze from Oregon.

A total of 133 homes, 466 outbuildings and one commercial building were impacted by the blaze, and damage estimates were in the tens of millions.

For a few months, the Pine Gulch Fire had the title of the largest in Colorado history, before two others exploded in the fall.

This fire was started by a lightning strike about 18 miles north of Grand Junction, and it was fueled by drought-stressed vegetation, the hot summer and steep terrain.

The East Troublesome Fire began in an area northeast of Kremmling. While it initially led to some road closures and evacuations, it exploded in size between Oct. 20-23, growing from just over 18,000 acres to more than 187,000 acres and crossing the Continental Divide.

This led to an evacuation of Estes Park, Grand Lake and Granby, threatening 7,000 structures. About 35,000 people were under a mandatory evacuation.

A snowstorm ultimately helped slow the fire's spread and allow firefighters to begin to contain its borders.

Preliminary estimates show that the fire damaged or destroyed 366 homes and 214 commercial structures. Months later, some public lands are still closed due to hazards left behind by the blaze.

The Cameron Peak Fire is the first wildfire in Colorado’s recorded history to burn more than 200,000 acres. Over the 112 days that it was not fully contained, the fire burned 469 structures and destroyed 224 homes.

The Cameron Peak Fire continued to grow even as a Labor Day weekend storm dumped multiple inches of snow on the burn area, and at one point threatened to merge with the East Troublesome Fire.

In all, these two blazes impacted 9% of Rocky Mountain National Park.