Here are the Colorado counties with fire bans

With a number of brush fires already spotted across Colorado, numerous counties are putting fire restrictions in place. 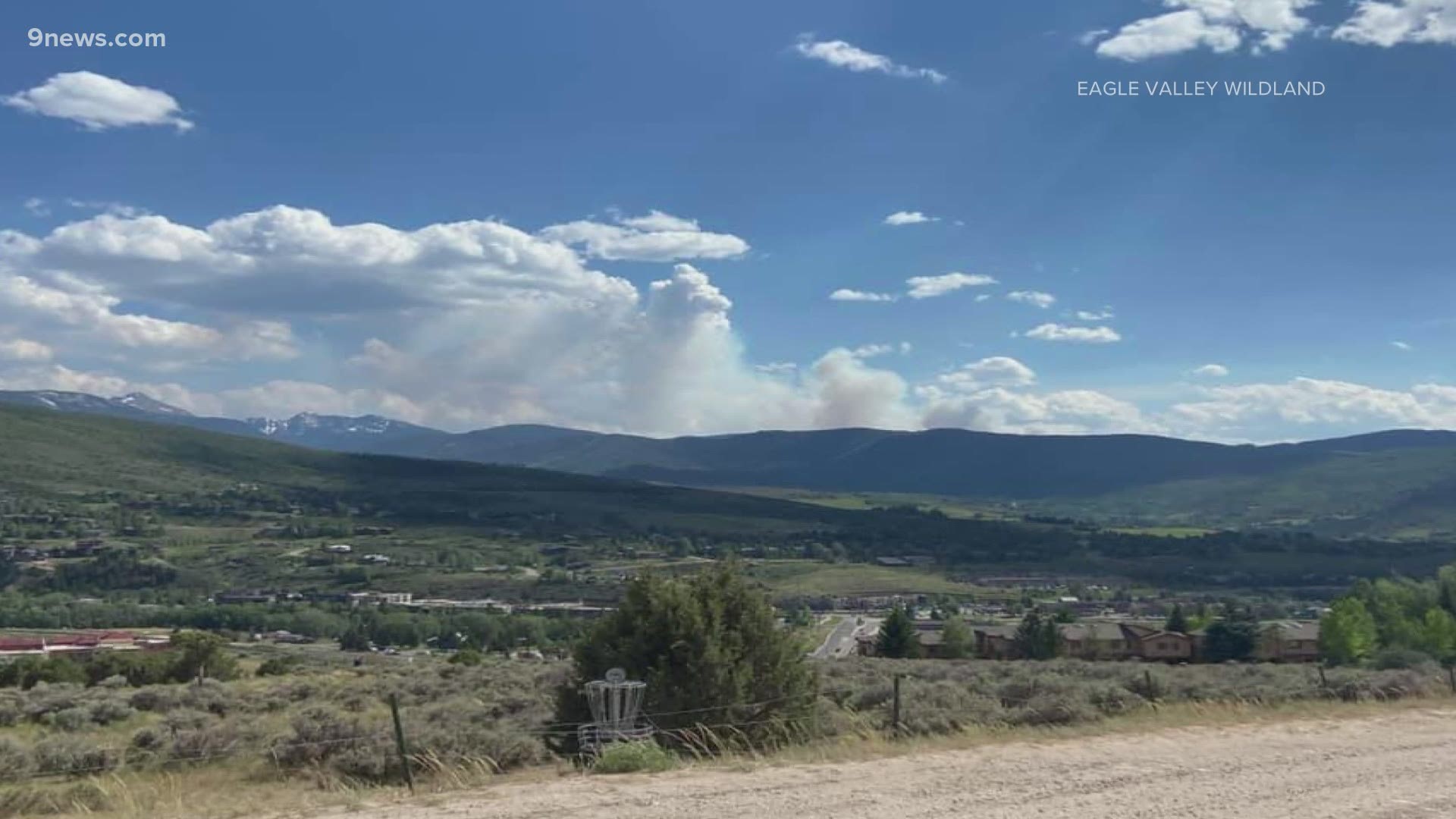 COLORADO, USA — Firefighters in Colorado are already dealing with several small brush and wildfires across the state, and with extreme heat and drought conditions, it's only getting worse.

Some counties and forests are already instituting a stage 1 fire ban.

Clear Creek County issued its fire restrictions on Thursday after a lightning strike started a fire in Gilpin County.

“Myself and Gilpin County Sheriff Kevin Armstrong called each other and we decided to go ahead and put a fire restriction now,” Clear Creek County Sheriff Rick Albers said. “My biggest fear is losing property and homes.”

Although many parts of Colorado saw a lot of rain and snowfall this Spring, dry conditions persist, causing fuels like logs and grass to dry up.

“We’re not right to the tipping point where we’re going to see large fires grow to the degree that we saw last year,” Cody Peel with the Forest Service said. “But, if this trend of hot, dry weather continues, which all forecast models are saying it will, we’ll start beefing up our resources in preparation for large fires.”

Here's what a stage 1 ban means:

1. You can't build, maintain, attend or use a fire, campfire or stove fire, including charcoal barbecues and grills unless it's in a permanent fire pit at a developed recreation site (think campgrounds). Gas powered stoves and grills are still okay. Fires at dispersed campsites, even in fire rings, aren't allowed.

2. You can't smoke unless you're in your car, in a building, or at a developed recreation site. There are exceptions if you're not within three feet of anything flammable.

3. You can't use a chainsaw unless it has a spark arrester installed and you have a fire extinguisher and a shovel close by.

4. You can't weld or use an open-flame torch unless you're in an area cleared at least 10 feet on any side of you and you have a fire extinguisher close by.

5. No fireworks or other explosives.

The fine for breaking the ban includes $500 for a first offense, $750 for a second offense, and $1,000 for a third and subsequent offense, on top of restitution.

Detailed information about fire restrictions can be found here or in this helpful infographic from Grand County:

Here are the counties with bans in place:

Bureau of Land Management public lands within those counties are also under stage 1 bans.

> Click each area name for more information about the closure, including specific exceptions to the fire ban rules.

RELATED: Smoke seen for miles from a wildfire south of Craig