Grizzly Creek Fire a 'top national priority' as it explodes to more than 25,000 acres

The fire has burned around the iconic Hanging Lake but it appears the area is OK. 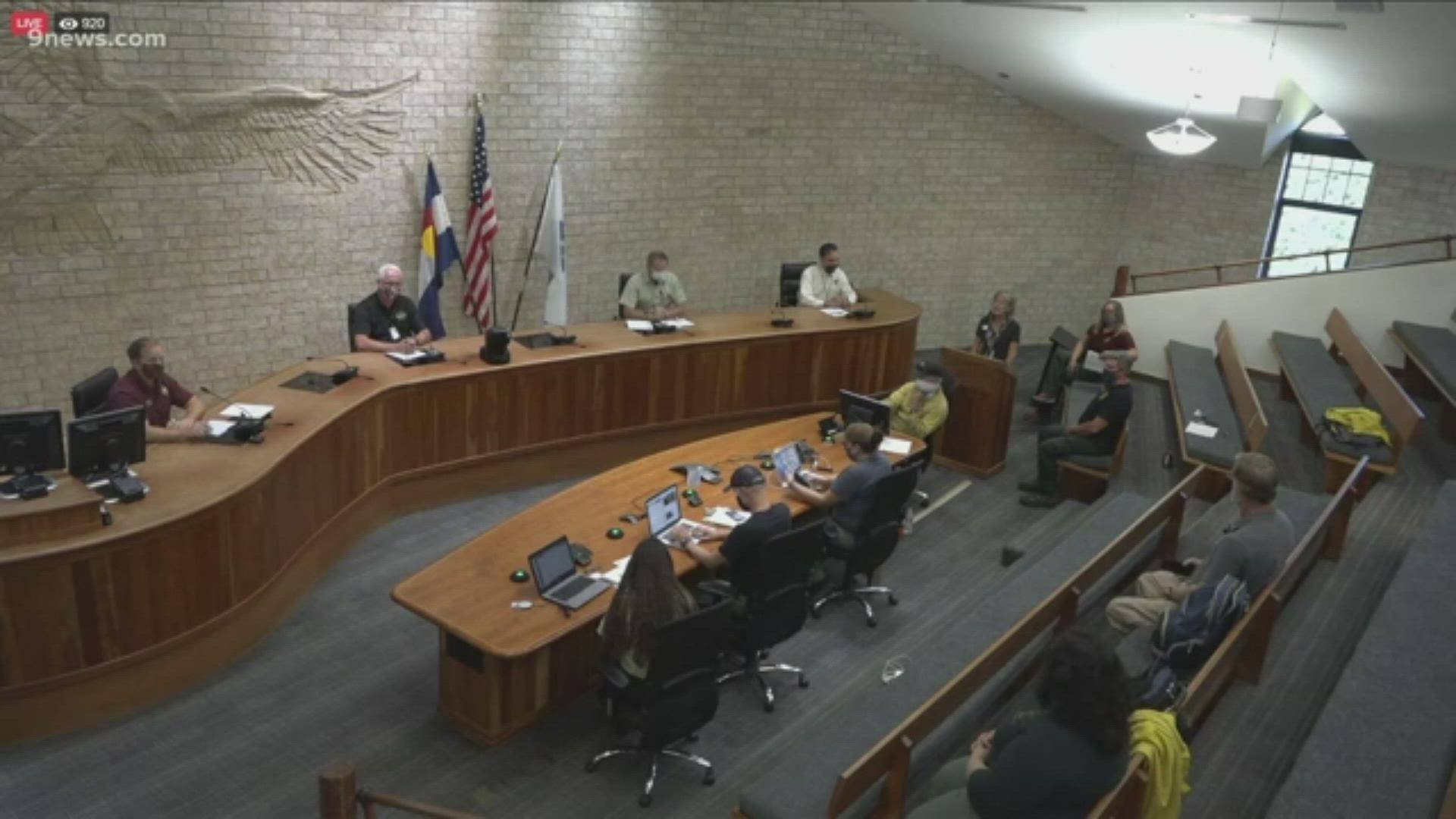 GLENWOOD SPRINGS, Colo. — The Grizzly Creek Fire near Glenwood Springs has burned 25,007 acres since it was first reported on Aug. 10.

>Video above: Officials provide an update on Sunday evening.

Scott Fitzwilliams, White River National Forest supervisor said on Friday that officials were finally able to fly the area for an initial assessment to see what happened to Hanging Lake – a popular outdoor recreation site.

"I’m happy to announce that the immediate area around Hanging Lake ... the boardwalk, etc. was not impacted directly by the fire," Fitzwilliams said. "The most intense part did not impact Hanging Lake."

"We won’t know for a while what the long-term impacts are because Hanging Lake is about the whole hydrology of the area, but right now we’re feeling good and happy to report that," he added.

>> Scroll down for evacuations and road closures

Incident Commander Marty Adel said there had been a "sizable influx of acreage over [Friday] evening in the southwest corner."

"We recognize that the watersheds in the Grizzly Creek and No Name areas are very important," he said. "We’re using hotshot crews to suppress fire in that area at this time."

Adel added that the most dramatic acreage increase Thursday night and into Friday was to the northeast and eastern sides and the fire had come down in multiple areas to I-70.

"This fire will continue to burn for some time," he said. "It’s very difficult to put people in front of it with active fire … as we look around the state of Colorado we see there are multiple large fires through the area."

The Garfield County Sheriff's Office said officials are working on a credentialing system for I-70 to allow essential people to come through the canyon to perform their functions. It will be limited to essential people including first responders.

Welcome to the August 14 Public MeetingsPosted by Grizzly Creek Fire on Friday, August 14, 2020

Gov. Jared Polis (D-Colorado) visited the Incident Command Center for the fire Friday morning where he said getting it under control was the top national priority.

"I was actually just informed that the Grizzly Creek Fire is the top fire priority in the nation right now, " said Polis. "So resources are coming from around the country."

He spoke Friday morning at the fairgrounds in Eagle, which is the command center for the fire.

Earlier estimates indicated the fire was over 14,000 acres, but due to better mapping the acreage was reduced to 13,441

"We had significant growth on the north, east and northeastern side of the fire", said Incident Commander Mart Adell for Great Basin Team 1.

The fire has had a major impact on travel as it has forced a full closure of Interstate 70. Detours to get around are several hours long.

Polis said the highway cannot reopen until it's been about 24 hours without fire around it.

"Literally the fire is right on Highway 70," he said. "The best realistic scenario would be two to three days, but it's really a case of when it's no longer on the highway. I want people to know this closure is because literally fire is on highway 70 in some places."

Polis urged everyone who is outdoors camping or hiking to be extra vigilant due to the extremely dry conditions.

"I want to make sure it's message to campers and others to really limit activities that could cause fires as we go about our daily lives," he said. "Likely continued dry conditions perhaps less winds in the next few days, but we're in this for the long haul."

After visiting with emergency responders there, Polis planned to visit the command center for the Pine Gulch Fire near Grand Junction. That fire was sparked by lightning on July 31 and is now one of the largest wildfires in Colorado history.

Residents in communities around the Grizzly Creek Fire should stay aware of the fire’s dynamic changing conditions. Anytime evacuation notices change or areas move into pre-evacuation status, the information will be shared at the Garfield County website at www.Garfield-county.com and Eagle County at ecemergency.org.

Stage 2 Fire Restrictions are in place for all jurisdictions. Information is at https://colorado.gov/pacific/dfpc/fire-restriction-information

Temporary flight restrictions are in place for the Grizzly Creek Fire. Flying drones in the area of the fire is illegal, as well as dangerous for the fire pilots.