These are the 5 most destructive wildfires in Colorado history

2020's East Troublesome and Cameron Peak fires each burned down more than 300 homes. 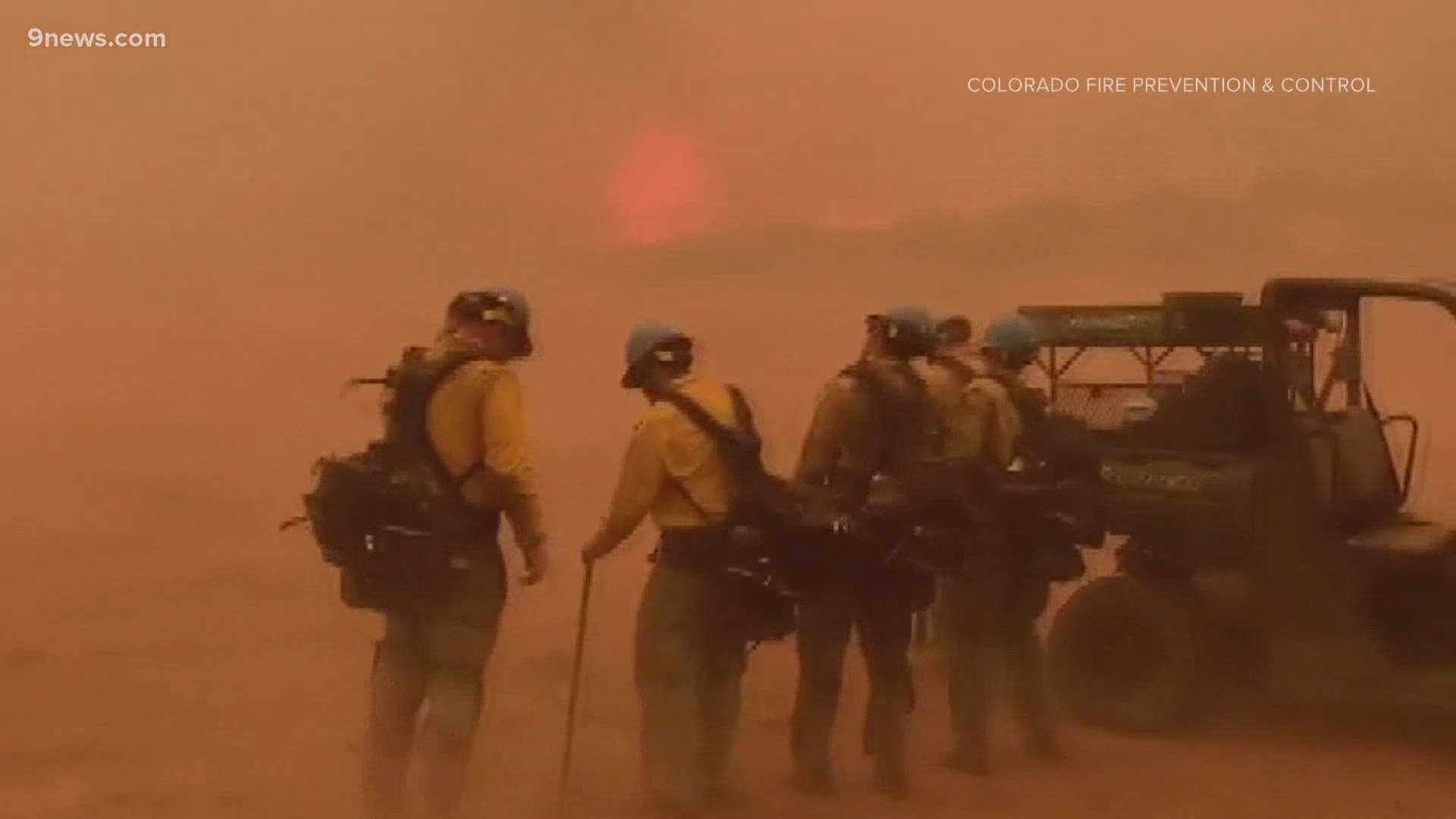 DENVER — 2020 was a historic year for wildfires in Colorado. More than 500 million acres burned and the state saw three of its largest fires in recorded history, all within a few months.

The toll for communities in Larimer and Grand counties was devastating. According to state and county data, the Cameron Peak and East Troublesome Fires were not just the largest in size, they were also some of the most destructive.

Here are the five wildfires that have destroyed the most homes in Colorado's recorded history.

>>> After a record-setting year for wildfires in Colorado, the communities hit hardest are just starting to rebuild. As fire survivors work through the recovery process and the landscapes we love are restored, 9NEWS is looking at how Colorado can make communities safer. We're examining the impacts of wildfire smoke on everyone's health, and how to help survivors cope with the hidden scars of last year. Colorado Wildfires: From Ashes to Action will air all month long on 9NEWS.

RELATED: Everything you need to know about wildfire season in Colorado

The Black Forest Fire burned through a heavily-populated area surrounded by dense forest on the south end of the Palmer Divide. 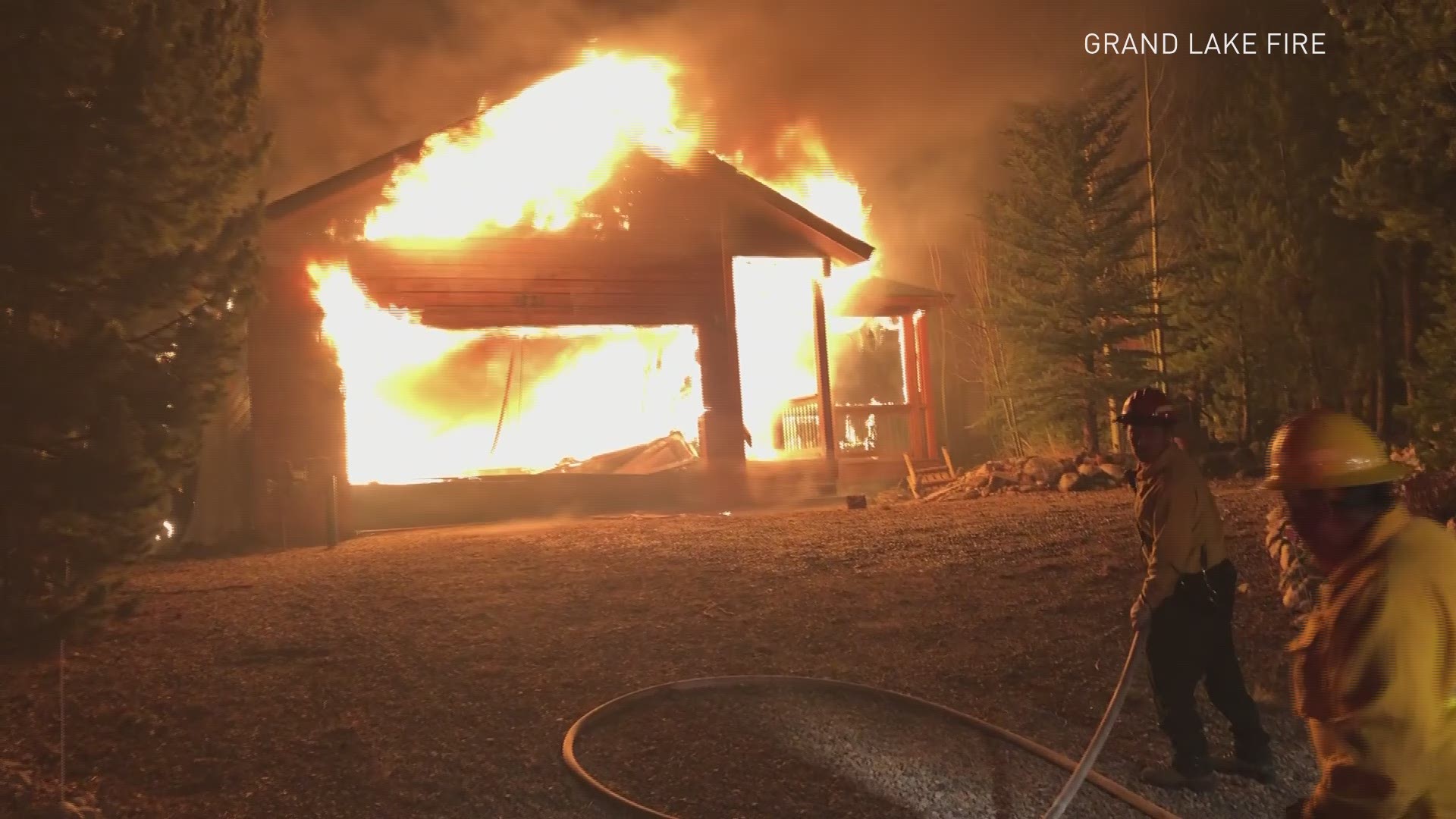 The East Troublesome Fire started deep in the Arapaho National Forest on Oct. 14. Six days later, the fire started spreading dramatically, forcing evacuations in Grand Lake and eventually, all of Estes Park. More than 35,000 people were forced out of their homes.

From Oct. 21-22, the fire burned more than 87,000 acres through Grand County and across the Continental Divide. Drought, dead trees, high winds and low humidity fueled its rapid spread, even during the night.

A winter storm arrived that Saturday night, slowing down the fire. From that point on, fire growth slowed down.

The explosive spread burned through 366 homes, primarily on the outer edges of the town of Grand Lake.

Lyle and Marilyn Hileman died in their home near Grand Lake. Their son said his parents would not evacuate, and instead tried to wait out the fire in their concrete basement.

By April 2021, 41 permits to rebuild had been filed, according to a Grand County spokesperson.

The cause of the fire is still under investigation.

Credit: 9NEWS File Photo
The Waldo Canyon Fire near Colorado Springs was the most destructive wildfire in Colorado history.

The Waldo Canyon Fire started about three miles west of Colorado Springs. Three days after it started, wind gusts of 65 miles per hour pushed the flames towards three neighborhoods.

Two people died as they tried to evacuate.

Credit: deberarr - stock.adobe.com
A view of the High Park Fire from Horsetooth Reservoir in 2012.

A lightning strike in the foothills just west of Fort Collins ignited the High Park Fire. It burned for almost a month, fueled by widespread drought and strong winds.

A total of 259 homes burned down. At the time, it was Colorado's most destructive fire on record. Less than a month later it would be topped by the Waldo Canyon Fire.

"This is probably the fire we were always concerned we might possibly have," Larimer County Sheriff Justin Smith said at the time.

Eight years later, he'd be dealing with another fire that lasted for months longer, and was nearly as devastating. 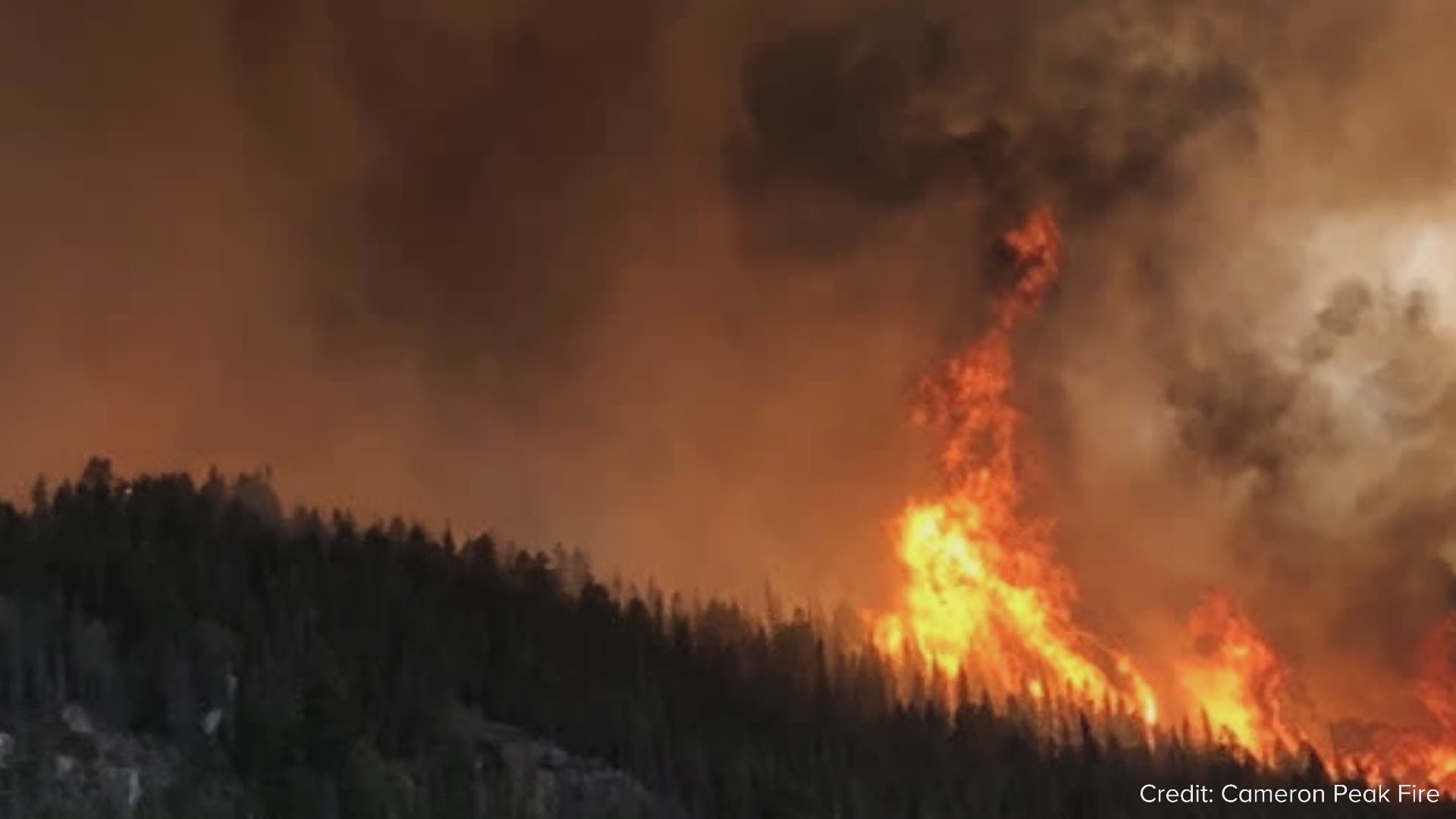 The Cameron Peak Fire was first reported on Aug. 13, as Colorado was dealing with two other major fires in other parts of the state.

Resources came in from across the state and country, but the steep and rugged terrain outside Walden made it difficult to fight.

Over the next two months, the fire would go through several rounds of rapid and destructive growth.

From Sept. 4-7, the fire grew more than 78,000 acres and burned down homes in Poudre Canyon and Monument Gulch.

"This fire has been full of more surprises than we have ever seen," Smith said. "I'm alongside friends up there, defending structures and standing by folks that are seeing the potential for their own home to burn up."

An early-season snowstorm slowed it down for a few days, but hot temperatures returned quickly, and so did the flames.

The fire flared up again in mid-October, driven by winds topping 70 miles per hour. It devastated the communities of Crystal Mountain, Redstone Canyon and Pingree Park, among others.

After more than 60 days of burning, the Cameron Peak Fire became the state's largest on record.

Evacuations were finally lifted on Nov. 2. For some areas, the orders had been in place for months.

Investigators still haven't determined the cause of the fire.